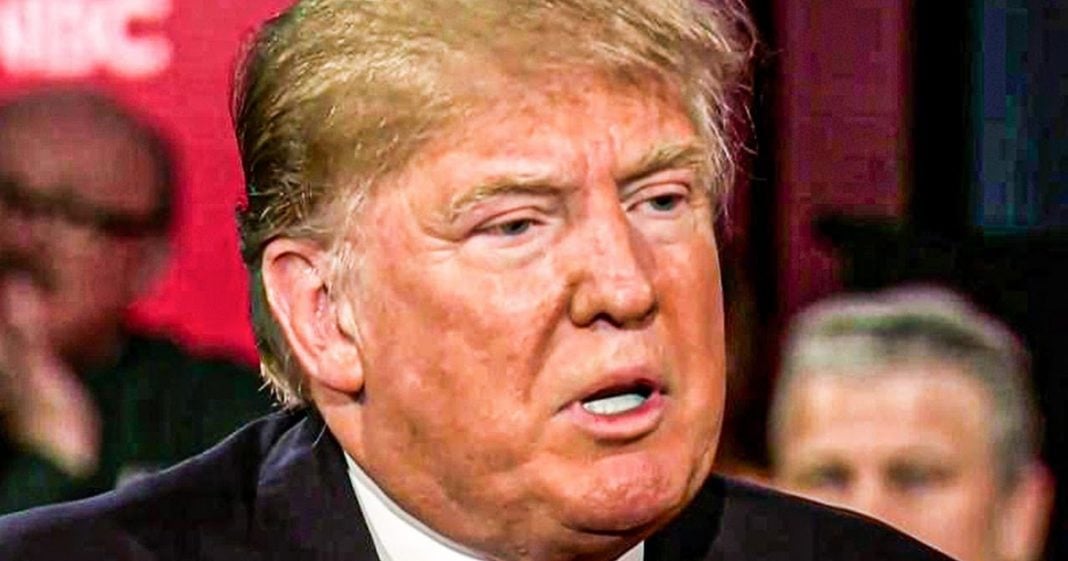 According to a bombshell report by The New York Times, Donald Trump held a meeting with a group of crackpots on Friday, and one of the items discussed was the possibility of Trump using the military to stay in power. This would be an actual coup attempt by the President, but it doesn’t look like the idea was able to gain any traction. Ring of Fire’s Farron Cousins explains what’s happening.

On Friday, Donald Trump held a meeting at the white house with, uh, Michael Flynn, Sidney Powell, the, uh, lawyer who they swore had nothing to do with the Trump campaign. But here she is meeting with Trump at the white house. And the topic of conversation between these three and several others in attendance was apparently a coup uh, really there’s no other way to say that these idiots gathered at the white house to discuss the possibilities of staging a coup uh, here in the United States. Now, before I continue, let me repeat what I have repeated nonstop. Since the election ended, it ain’t going to happen. Okay, this isn’t going to happen, but it was discussed nevertheless, and these are some pretty serious allegations against Donald Trump and these idiots gathered in that room. So let’s talk about them first and foremost, you had Sidney Powell, uh, according to those in attendance, and those who knew about the meeting, one of the topics discussed was making her a special prosecutor with the authority to confiscate voting machines, to investigate voting fraud here in the United States, a problem that doesn’t exist except for in the minds of conservatives.

So the other issue that we know about was that Trump suggested using the military somehow to, uh, overturn the results of the election. That’s a military coup if you have to use military forces to overturn the will of the people, congratulations, you’re now a dictator. And that is exactly what Donald Trump wants to be. That is what Donald Trump wants to do. Uh, but here’s the kicker on all of this one, the us military wouldn’t even go through with this. If he told them to, yes, he is the commander in chief, but if our troops actually are loyal to the constitution, they wouldn’t do this, they would, they would decline it. Um, and if they did go through with it, then we never really had a country left anymore. Did we? So it’s kind of like, well, I mean, if they did it, they were going to see it.

You know what I mean? Like you can’t watch the military go through this and then think, Oh no, we just lost our cut. No, if they were willing to do this, we never had a strong country to begin with. Like, it was always on eggshells, ready to collapse at any moment. Uh, but again, I, I seriously doubt they would go through with that. And given the people in that room, you know, Michael Flynn, Sidney Powell, Trump is picking the most incompetent people in this country to run his little coup. So the chances of success, if he were to attempt to pull it off are roughly 0%. So no, I’m not worried about it. I know lots of people are freaking out about it. And even some of them were saying, huh, am I overreacting now? Yeah, you are. You really are like calm down the most incompetent people to ever serve in the United States government. And you all think they’re going to somehow stage a successful coup Trump dismantled the post office and still couldn’t steal an election.

Even with Republican governors, suppressing the vote left and right purging people from the voting rules, instituting these, uh, voter ID laws, closing down precincts, making people go to one area to vote and he still couldn’t pull it, pull it off. And you mean to tell me, you think that this is the guy, this is the party that is still somehow going to overturn the will of 80 million people. No, No. So that’s what it is. Trump obviously is denying any of this took place. He calls it fake news, says it’s overblown, totally not going to happen. Um, there’s also reports coming out that they discussed, you know, promoting kind of this mass chaos mass protest on January six, which is when the joint session of Congress is going to certify the election results. Uh, that actually seems likely to happen. I do think Republicans will do that and it will have absolutely no of no effect at all on what is going to happen in that joint session of Congress. The election is over the fraud. Isn’t real. And Donald Trump is not going to stay Just successful. Coup that is the end of it.