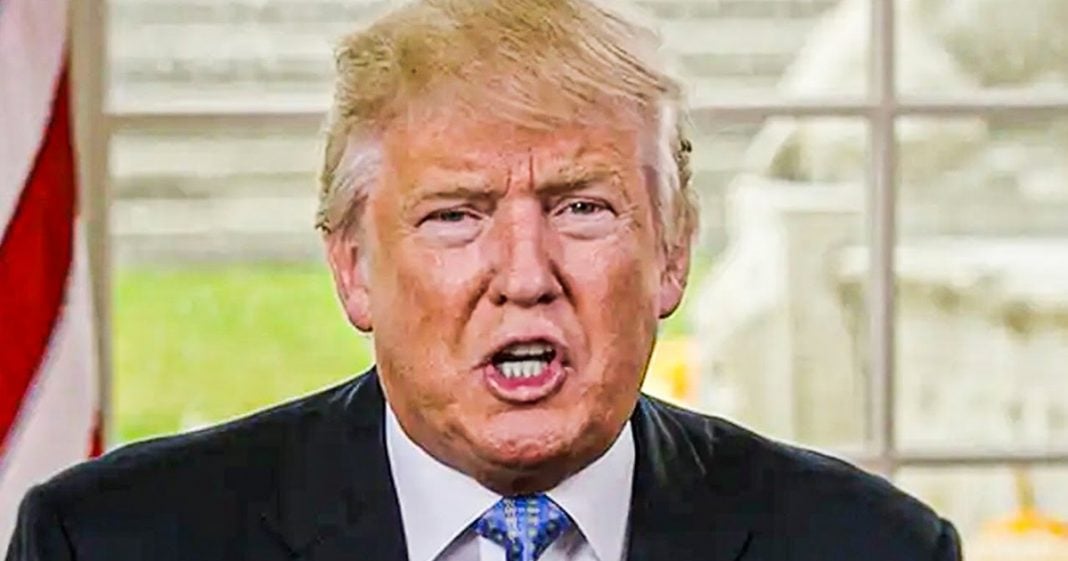 Aside from a few faint whispers here and there, the Republican Party has been incredibly silent about Donald Trump’s descent into madness. The President has, reportedly, openly discussed using the U.S. military to take over the country, he is ranting nonstop about fraud that never happened, and he is actually helping to destroy the GOP’s chances of retaining the Senate – yet Republicans stay silent out of fear. Ring of Fire’s Farron Cousins discusses this.

A quick question for everybody watching this, where the hell is the Republican party. Uh, we know they’ve been in DC, they’ve been negotiating out this really horrible stimulus packages are going to give us. Uh, but Donald Trump has been very publicly for the last month and a half losing his mind. Like we, the general public have watched in real time as this man completes his descent into pure madness. And the question is where in the hell are the Republicans? Like this is your guy. You know, when you have your drunk friend at the bar, they’re causing a scene, they’re making a ruckus and you’re like, all right, we gotta get them outta here. We brought them here. This is on us. We kinda gotta take care of this dude. You know, you got to sling them over your shoulder. He’s still gonna be yelling at the bouncer.

As you’re walking out, I’m getting a little too detailed. You know, look, we’ve all been there, right? That’s what Trump is right now. He’s the drunk guy at the bar who is getting thrown out by the bouncer. But he’s trying to break as much stuff as possible and scream as many obscenities essentially about the bar itself. This play soccer. I hate you off. Yeah, where’s the Republican party. They should be the ones carrying their friend, their guy out of this bar so that we don’t have to deal with it. They should be the ones calming him down. And more importantly, they should be out there in the media publicly saying, listen, this man is making things up. There’s no reason to sugarcoat the language. There’s no reason to say well, I mean, I don’t agree with him on the heads, go out there and say, look, dudes lion.

He’s lying to every single one of you. We’re very worried about his mental stability. You go out there and you plant the seeds in the minds of these Trump supporters and you help to deprogram these people because you guys need to realize like, this looks bad for you. This is on you. And those Trump cultists out there. They’re not loyal to the Republican party anymore. They’re loyal to him. So if you don’t deprogram them, they are going to actually hold it against you and not support you in the future. Hey, y’all deserve it. Trump, what’s happening to hen. Republican’s deserve what’s happening to them. I I’m, I’m not going to fight it. I know Republicans. Aren’t going to take my advice. But I think when we look at it objectively, it’s pretty obvious that these Republicans don’t care or they’re too afraid to stand up to Twitter because that what’s, what’s he gonna do?

He’s going to get on Twitter and he’s going to send some tweets about you. And that’s it. That’s literally the only thing this man could do to you. I mean, you have people who have amassed hundreds and hundreds of thousands of followers just for trolling Trump on Twitter. His Twitter feed is not as powerful as you think. And yet here we are. You guys are afraid to stand up and get your drunk friend out of the house. Uh, because you think he might send out a nasty tweet about you guys. He is dragging your party down further into the gutter further than it’s ever been before. You’ve always kind of been in the gutter. Um, and yeah, you just sit in there watching it happen, acting like, well, gee, there’s nothing I can do. So aside from a few very hushed whispers from a couple members of the Republican party, the rest of you are watching this man drag your party down into the seventh level of hell. But again, each and every one of you deserves every single thing that Trump is doing to your party. And I hope he continues it. I hope he continues the destruction of the Republican party because the Republican party has done nothing but helped to destroy the United States and its citizens for far too long. And you’re finally getting your comeuppance.