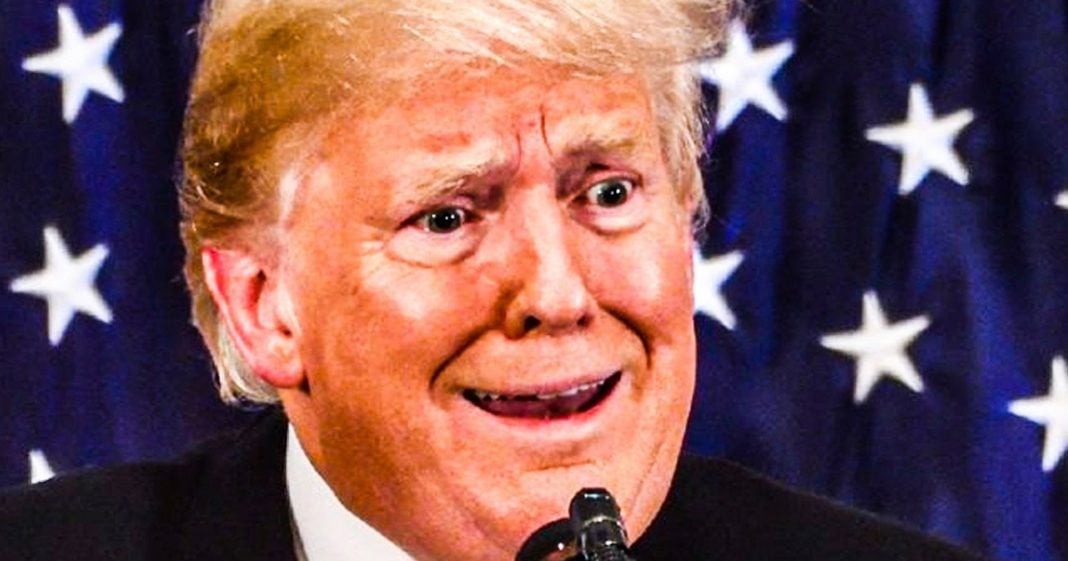 Donald Trump continued to rant and rave about the election being a farce, even after the Electoral College cast their votes and gave Biden the victory. The current President has lost his entire grip on reality, which wasn’t even that strong to begin with, but things are getting worse and worse. There is no telling what his delusions will lead to, and that is what is so scary right now. Ring of Fire’s Farron Cousins discusses this.

You know, for the first week or two, maybe even a little bit into that third week, following the presidential election, I truly believe that it honestly looked like Donald Trump understood that he lost the presidential election. Two weeks ago, we started getting reports that Trump was planning on moving down to Florida. They’re renovating the Mar-a-Lago residence so he can move in there. Melania was supposed to be looking for schools for Barron, but then this week, even after the electoral college voted Trump’s out there tweeting stuff, saying many Trump votes were routed to Biden. This fake election can no longer stand get moving Republicans like literally after everything was said and done, it was over, there was none, nothing you could do. He is still out there demanding something happened. The Axios report from earlier this week said, the guy is actually depressed. That Republicans aren’t stepping up and overturning the election results.

Aye. We believe that what has happened at this point is exactly what Mary Trump, his niece said a couple of weeks ago. And that is that he has gaslighted or gas lit himself to the point where he now believes his own delusions. You know, he was trying to make his base go crazy, make them think, Oh, look at all these horrible things that happened. I know you can’t see it, but trust me they’re there. But he said it so much. He got sucked in to his own delusion. And he now believes that that is reality. He originally, it was not crafting the narrative to make himself feel better. He was crafting the narrative to serve a purpose. And that purpose was to fleece his base a little bit more. We know they were raising money off it so they could pay off the campaign debts. They’re still raising money off it, by the way, but that’s not what this is anymore. The tweets, the tone of them, eh, everything has changed longer reads like he’s just making stuff up to, to Gaslight them.

It, it reads as if he honestly believes them. And I think he does. I truly believe that at this point, Donald Trump has been saying these lies, repeating them over and over again so much over the last month, month and a half, that this is now what he thinks reality. He is. Honestly, if he weren’t such a horrible human being, it would be sad. You, you would have a little bit of sympathy for him because of who he is and how he is. I don’t not, not even announce nothing, but we are watching a man lose his mind. And I mean that in real time, that’s what we have seen over the last month and a half. We have watched this man slowly cave in and surrender to his own delusions and he still gets to be president for the next month. That’s a terrifying thought.