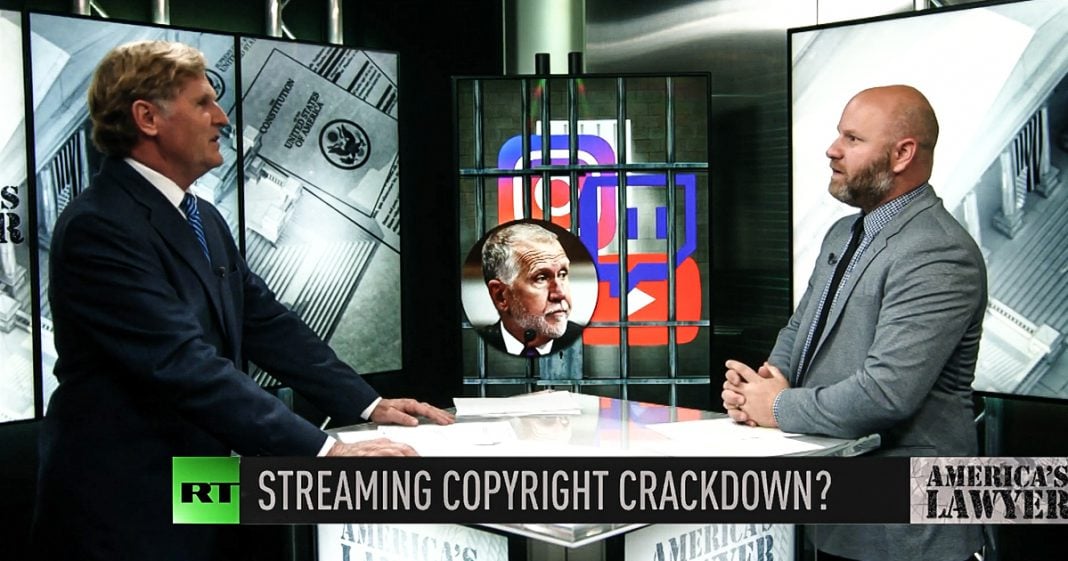 Mike Papantonio:             A Republican Senator is proposing jail time for live streaming outlets that violate copyright law. Oh my God. Comcast, MSNBC, I mean, NBC, huge money moving into this space that are getting these, do nothing politicians that don’t do anything unless they receive really big money. This guy right here, right? He won’t do anything unless he gets money from, from the media industry. So what is the media industry trying to accomplish here?

Farron Cousins:                  This is absolutely terrifying, you know, for, for, for us, for what we do, because Thom Tillis has put this rider on a must pass spending bill, which could come to a vote this week, that says if you use any kind of copyrighted material, if it’s a clip from another network, if it’s a song owned by one of these, you know, music outlets, instead of it being just the, you know, Facebook or whoever is going to flag you for it, no, we want to be able to prosecute you with a minimum sentence of jail time, prison time for using a clip of a song in your video. I mean, these are things that we do every single day here and we have for many years. We don’t use copyrighted material, but sometimes if you’re showing a clip from another network, you know, if somebody on MSNBC or Fox news says something weird, you put that in there. They want to be able to put you in jail for using five seconds of their video.

Mike Papantonio:             Yeah. So I went back and looked a little further. You know who the face of all this was when it started, Harvey Weinstein. This is, this was the face of the guy going and saying, oh, we need some new laws, this pig of a person, absolute pig of a person leading the charge on behalf of the media. Then comes Tillis, right? Tillis is the guy that’s writing the legislation. He’s their gimp. He’s the one they pull out of the box anytime they need something. They pull the gimp out of the box and then the media industry, corporate media pulls him out and gets whatever they want. I hope this dies just like Justin Bieber, I’m not a huge Justin Bieber fan, but he says this is disgusting, it’s revolting. That what you’re trying to do is you’re trying to dampen creative effect in the United States.

Farron Cousins:                  Well, and a lot of it is too, is this is, you know, the corporate media fighting back against independent media, because that is where a lot of these viewers are now turning. They’re turning off the television, they’re going to YouTube, they’re going to Twitch and they’re watching these people with new independent ideas that they know are not influenced by corporate shareholders. They’re flocking more to that and these networks are trying to hold onto the last little bit they have and say, okay, but if you use our material, it’s going to be hard for you to stream when you’re behind bars.

Mike Papantonio:             Yeah. So as you think about it, you think you have some sympathy for corporate media, for Comcast and NBC and Sony and all these folks trying to make this happen. Visualize the pig, Harvey Weinstein, he was the face of this when it started, before they threw him in prison for raping people.