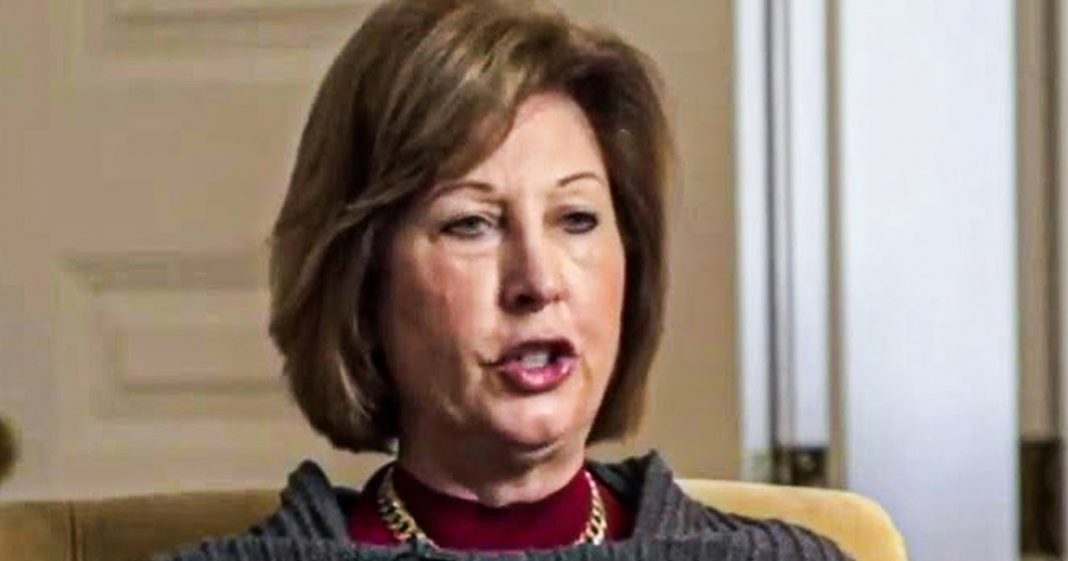 Dominion, the voting machine company that Trump’s lawyers have repeatedly trashed since election day, is now firing back at pro-Trump lawyers for potentially slandering the company in their bid to overturn the election. The company is now demanding that Sidney Powell retract the negative statements that she has made against the company, or else she could face a massive lawsuit. Ring of Fire’s Farron Cousins discusses this.

Sidney Powell, the pro Trump lawyer out there still fighting to overturn the 2020 election who is definitely, totally not working with the Trump lawyers. Other than the few times she’s actually worked with the Trump lawyers. They’re trying to distance themselves from her. Uh, didn’t work very well. Nevertheless, all right. Sidney Powell found herself in a bit of hot water this week when dominion voting systems, the voting machine company that Republicans love to hate now for the last month and a half, send a letter to her on Wednesday, demanding that she publicly retract all of the wild disingenuous and blatantly false claims that she has been making about the company and their voting systems. Um, here’s uh, from the New York times the letter, which is a preparatory step to formal legal action accused Ms. Powell of engaging in reckless disinformation about dominions machines at news conferences, rallies in support of president Trump and on conservative media outlets like Fox news, Newsmax and rush Limbaugh’s radio show.

Ms. Powell has also filed unsuccessful federal lawsuit seeking to overturn the election in four key swing States. Lodging claims that they were predicated on lies. The letter says, and that have endangered Dominion’s business and the lives of its employees. Um, it’s disgusting that it’s endangered the lives of their employees, but this is something we have talked about, Republicans out there pro Trump Republicans, uh, getting furious, threatening the lives of, uh, voting machine employees, uh, poll workers of all these folks, uh, but the diminishing or possibly damaging our, our business futures. That’s important when you want to file a slander or libel lawsuit against someone, one of the things you need to be able to prove is that their comments about you have somehow hindered your ability to conduct business in the United States. Whether it’s get a job, whether it’s run your business or whether it’s the ability to get new contracts. And that is why dominion included that in their letter, it is effectively a shot across the bow, letting Sidney Powell know, Hey, you’re hurting our ability to get contracts with other States to provide voting equipment With your lies.

And yeah, You as somebody who I’m assuming went to law school passed a bar somewhere probably, uh, probably haven’t passed enough bars. Um, What you’re doing is slander. What you’re doing is gonna get you sued. And what you’re doing is going to cost you a lot of money. The minion has a rock solid case here. Sidney Powell has been given the opportunity to provide evidence of any kind of voter fraud of any kind of malfunction these dominion voting machines. She has been given the opportunity to do so in court. She has not done it once, not one single time. So if she does not come out and if she does not retract these statements, yes, she should be sued. She should be sued for everything that she has. I don’t know what she has, uh, given what we’ve seen from her legal prowess these last few weeks, I don’t know that she has much, um, nevertheless, you can’t do what She is doing. And I Don’t think dominion should stop at Sidney Powell. I think dominion should go after Donald Trump. He has been saying these same things to other members of the conservative media. You can’t just openly trash this company without any evidence to back it up. We do have laws against that here in the United States, dominion as much as I ever hate to take the side of a voting machine company, Minion has all of the power right now, and I hope they realize that. And I hope they utilize it because if not, you just set yourself up for failure again in the future.