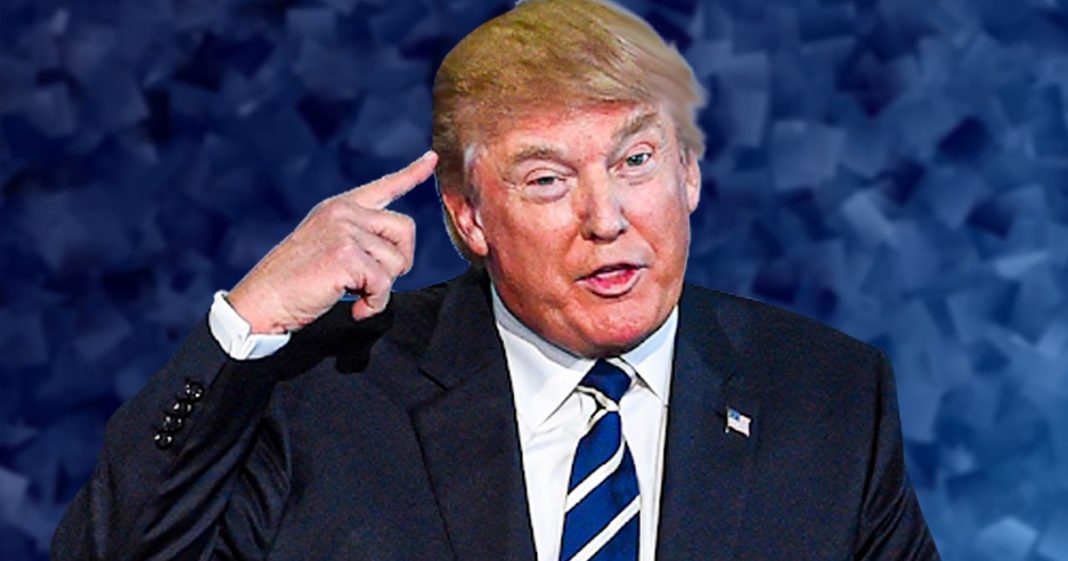 Apparently the 2020 election has become the grift that keeps on grifting for the Right, as hosts on Newsmax are still trying to convince their audience that Donald Trump can somehow win the election. This is just as lazy and dishonest as those on the Left screaming about Trump staging a coup – neither is going to happen and we owe it to our audiences to be honest about that. Ring of Fire’s Farron Cousins discusses this.

So earlier this week, Donald Trump, once again, went on a little Twitter tirade about how horrible Fox news is, how bad the ratings are getting. He even went after the commercials, airing on the network. For some reason, uh, he told people, you know, go to own, go to Newsmax and Newsmax returned the favor by having their highest rated host, Greg Kelly this week insist to their viewership that this election’s not over. And that Donald Trump is most likely going to be sworn in for his second term on January 20th. Here’s what Mr. Kelly had to say. Now I do know that there are smart, informed people who are saying that Joe Biden is the president elect. Now I disagree with them and it’s not just a hunch that I’m going on. It’s in the constitution. Uh, I’ll get to that in a moment, by the way. Hey, remember Joe Biden’s speech yesterday, when purportedly, he clenched the electoral college, he didn’t do much talking. He did more coughing. It seemed like a small sample of the coughs. And I’m concerned because the way it’s looking for Joe has health, I don’t think he’s going to make it for Trump’s second inauguration. Yes. On January 20th, I do believe that there is a significant chance that Donald Trump could be inaugurated. Hey, it’s not over. It’s not actually, you can look it up in the constitution.

See what happens folks For right-wingers The 2020 election really is the Griff that keeps on grifting because that’s what this is. This is a very stupid human being, giving false hope to even dumber human beings. That’s what Newsmax is. That could be your slogan. If you’re stupid And looking for idiots here we is Now as To what the constitution actually says. Now that the electoral college has voted. It is over a Congress and a joint session is going to certify these election results. But here’s the thing he’s talking about, Joe. Biden’s hobo. Yeah. How about you actually look that up dumb. What happens if something, God forbid happens to Joe Biden between now and when Congress certifies or even between now and the inauguration, The electoral college has. So at that point, the line of succession goes to the Democrats. If something Happened to Joe Biden, Kamala Harris would then be sworn in as the next president of the United States, because the electoral college, It says voted now beyond that, who’s after that, Oh, that’d be Nancy Pelosi. So yeah, the Democrats have this thing, Greg. It doesn’t matter how much you want to fleece your viewers. It doesn’t matter what kind of false hope you want to give them. It doesn’t matter that you keep saying, look at the constitution, look at the constitution, look at the constitution. That’s what Republicans always do. And then y’all, don’t even know what’s in the constitution.

I love that. Is that like, that’s their fail safe thing. Like just look at the constitution. And then we look at the constitution. We’re like, Hey, it doesn’t say that in like, yes it Does. Yes it does. That’s why I think debating right-wingers is absolutely overrated in a waste of time. They keep coming with these same arguments and then we actually use facts and logic and they’re like, Nope, facts don’t care about your feelings. It’s like dumb. You’re you’re just gaslighting the country. Look the folks at Newsmax, it is not news At all The guy who founded it actually said that these are opinion hosts who aren’t good enough to be on prime time TV, you know, on a real network. So they’re at Newsmax and sure they’re getting ratings. Do you know why? Because fleecing stupid people is one of the oldest professions in the United States and there will always be money to be made from the ignorant masses. And that is what Newsmax is counting on.