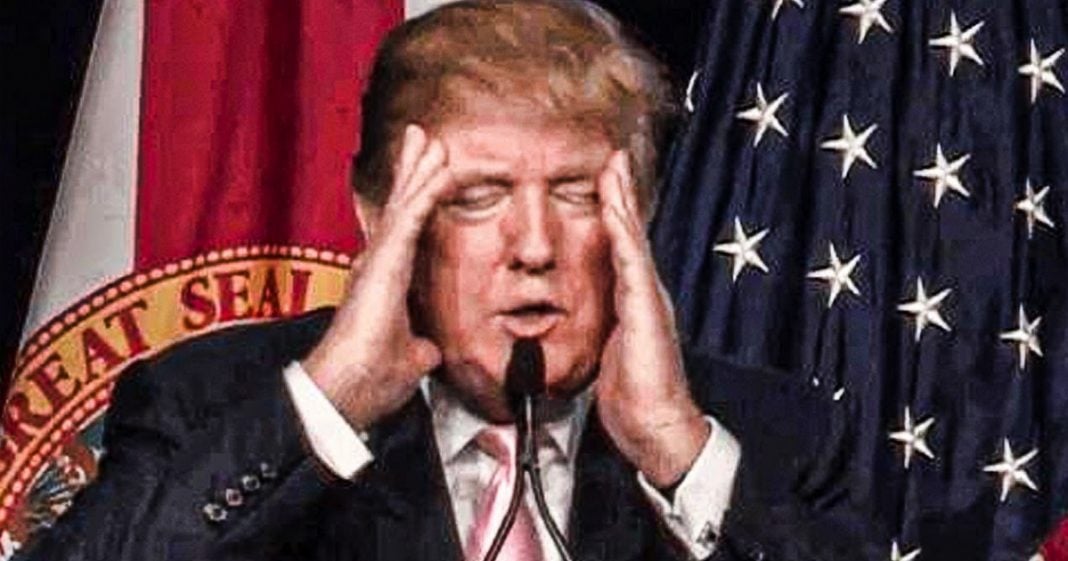 The Trump Administration is still trying to scale back the number of people who qualify for Social Security Disability benefits by changing the criteria for who qualifies. This could result in hundreds of thousands of individuals not being able to get benefits, who also aren’t able to get full time work. This would be a tremendous drag on the economy, on top of being absolutely cruel and unnecessary. Ring of Fire’s Farron Cousins discusses this.

Donald Trump is on his way out the door, but before he leaves office, he wants to make sure that he does as many cruel things as possible to the American public. In one of those things is scaling back, who would qualify for social security disability benefits. For most of this year, Donald Trump has been trying to scale back who would qualify raising age limits, uh, changing education levels, uh, changing physical abilities, you know, making it to where a lot of the people who currently qualify would not qualify, making it harder for these people to get social security benefits, and instead forcing them to enter a workforce that will not hire them.

This change serves no purpose. And that’s the thing people have to understand. The point of this is the cruelty. Now I know Republicans love to tell us that social security is running out of money. Now it’s running out of money because you guys keep stealing money from it. If you left it alone, it would be okay. Even with the people getting social security, disability benefits, it’s essentially the Republican plan, cry about it, losing money, take money from it, and then use that as proof that see, there’s not enough money in there. Yeah, well, you omitted the, the, the part where you took that money and put it towards other things like giving tax cuts to wealthy individuals. If these people are kicked off of social security disability benefits, which would be at least hundreds of thousands of them, this would be a massive drag on the U S economy.

Many of these are individuals who are unable to work for one reason or another. They simply cannot seek gainful employment and they certainly can’t work full time. Trump wants them to be able to work full time. Well guess what? Just because you want something to happen, doesn’t mean it’s going to happen. This country has that social security disability trust fund set up for that reason to protect people with whatever disability it is from becoming destitute, from becoming homeless, from going hungry. We are trying to take care of people, but Republicans and Trump, again, taking another shot at this, trying to make it happen before he leaves office are saying, no, let’s kick them off. Why?

Because we’re just cruel because that’s what they are. That’s what Republicans do this party. That claims to be the party of Jesus, the party of morality, the party of religion, sitting here kicking some of the most vulnerable people in this country off of much needed government assistance. There is nothing Christ-like, there’s nothing Christian about today’s Republican party. They lie to our faces. They take money meant for the destitute and they give it to the wealthy. Then they look us in the eye and say, well, there’s no money left. Perhaps we should keep giving it to rich people and just say, Hey, I’m sorry about your mental disability or physical disability, but get to work. Our donors need more tax breaks. That is the message that the Republican party is sending to America.