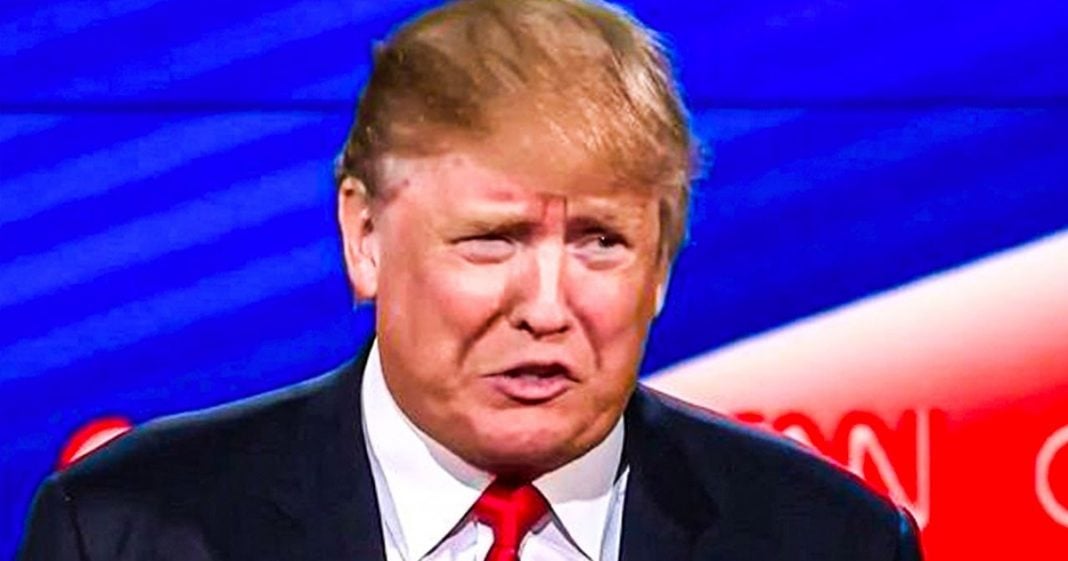 The Republican Party has to figure out how to move forward, but they have a massive anchor named Donald Trump holding them firmly in place. Election season begins as soon as elections end, and Trump’s refusal to admit that he lost is forcing the Republicans to continue to dwell on the past. They deserve everything that is happening to them, and that’s another thing they can’t even analyze with Trump still holding on. Ring of Fire’s Farron Cousins discusses this.

Typically when a political party loses a major campaign, like a presidential campaign, the party will perform a post-mortem in autopsy. If you will. The Republican party right now is being denied that opportunity, which sucks for them, honestly, for the rest of us. Good, you deserve what’s happening to you. But the reason the Republican party cannot actually sit back, have meetings and figure out what the heck went wrong is because of Donald Trump, his refusal, to even admit that he lost that presidential election is now holding back the entire Republican party. Here’s the thing, the Republican party. And honestly, I’m just saying this, not as somebody who supports them or wants them to be victorious. I’m looking at this as purely a student of American politics. Having said that the Republican party needs to understand for themselves why 7 million more people chose the other guy compared to their guy.

They need to figure out which ads worked, which ads didn’t. They need to figure out where their strong suits are. Why’d you lose these seats. Why’d you gain these seats. You have to figure out every little piece of the puzzle. Why did the areas where Trump held his rallies in the last month of the campaign underperformed for him? What did he do? That turned them off? Those are things that these autopsy reports typically look for. And we know this because the Republican party did a pretty massive autopsy report on themselves that honestly identified their real problems. Following Mitt Romney’s loss in 2012. Now they didn’t implement any of the ideas that they came up with from that autopsy report. But at least they were reflective. They looked at themselves and they said, okay, we didn’t do well. Why same thing could be said this year. Why did it? We do good down-ballot but not at the top. And now they can’t even look at the top of the ballot because the guy that was there is still sitting there, even though he should be saying, okay, listen, the electoral colleges voted, I can’t change the outcome anymore.

Again, they, 100% deserve this. The Republican party is a corrupt party of absolute, disgusting lying individuals. Now a lot of people say, but the Democrat, okay, cool. I can talk bad about the Republicans without, also in the same breath having to say, but the Democrats are bad too. I typically do say that though, but this isn’t about the Democrats. We talk about them sometimes right now we’re talking about the Republicans and the Republicans as a party, the ones in power are pieces of crap. They deserve what is happening to them. They stood by as this man continuously repeatedly for the last month alone destroyed the United States constitution. They stood by, as he enacted a trade war, he single-handedly enacted a trade war that sent American farmers spiraling into bankruptcy at a record rate. They did nothing to stop any of this, even though they do did have remedies at their disposal to get rid of this guy, to silence the guy, to counter this guy.

But they didn’t do it because they wanted the courts. And by God he delivered the courts. Now they got to figure out what went wrong. Well, I’ll tell ya. Courts are probably one of them. Amy Coney Barrett. Yeah. I’m sure that probably cost you some votes. And I’m sure that would probably be in your autopsy report. But as long as that crazy person running your party right now refuses to concede you can’t move forward. More importantly, all the people who want to run for president as a Republican in 2024, they can’t take control of the party yet. So that’s hurting them and you even further, but again, I have no sympathy for you because every horrible thing happening to the Republican party right now is exactly what they deserve.