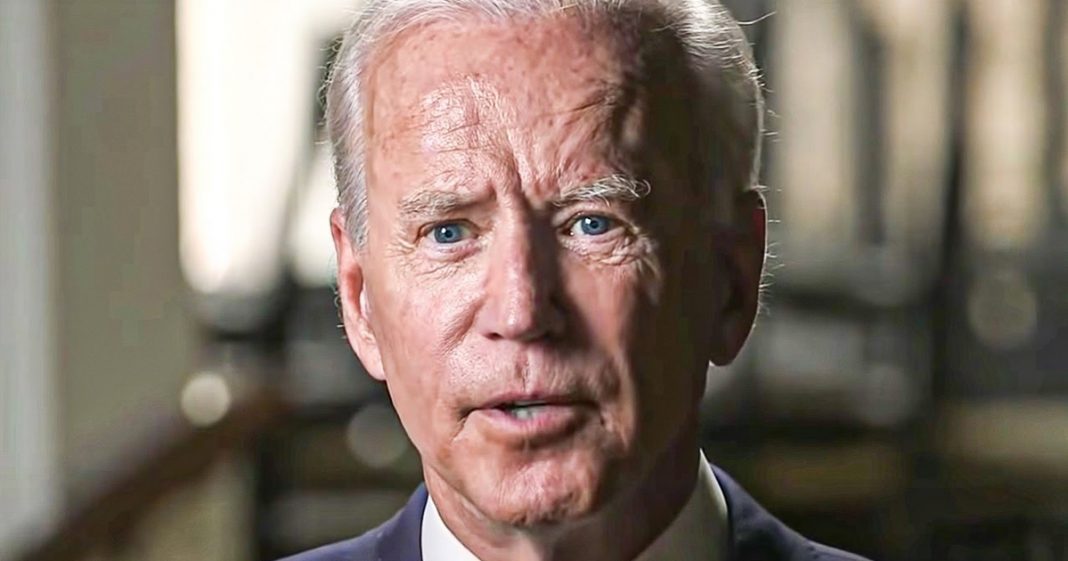 Climate change still represents one of the greatest threats to our way of life, and we just went through 4 years of backsliding on the issue. This is the one area where Joe Biden has to deliver for the country. Most hope of real progress on other issues is already gone, but on the issue of climate change, failure to act is not an option. Ring of Fire’s Farron Cousins discusses this.

So with Biden, uh, set to take office about a month or so from now, I think a lot of people’s expectations are getting a little bit lower, right? Medicare for all, probably not a thing that’s going to happen. Maybe we’re going to get some student loan, debt relief, probably going to be means tested to where my, a lot of people aren’t going to get it, even though they need it. But there’s one area where there’s no room for failure and that’s climate change. We just went through four years of actually backsliding on the issue. The Trump administration, repealing regulations, opening up new areas of the country for oil exploitation, fossil fuel exploitation. We have to get this right now. That’s not to say that the other issues aren’t important, they truly are. But unfortunately right now, those seem like an impossibility on the issue of climate change.

However, there’s not much room for error. This, this has to be addressed and Biden has to do it again. Four years of backsliding at a time when we know we got about a decade, left a little under a decade before we start seeing the worst effects of it. And before most of those specks effects become irreversible. This is now, this is the moment. This is the movement that United States has an opportunity to once again, rejoin the rest of the planet and the Paris climate Accords, but also go a step further. Those Paris climate Accords are no longer adequate. It’s great start. Sure, but it’s still not enough. The scientists at the time were telling us it still wasn’t enough back when they were first proposed, but we have to finally emerge as the world leader on the issue of climate change. We’ve never done that. We have never been the leader on this issue. We have some of the most amazing climate scientists on the planet telling us, begging us, showing us and still we haven’t done enough. This is the moment.

There’s no margin for error anymore. We have to you as a country, move forward, we have to switch to renewable energies. We have to switch to better, more sustainable farming methods. Sure. Each and every one of us needs to make whatever kind of personal changes we can. But more importantly, we have to get the companies responsible to pay up. We have the hold them accountable. They are responsible for the majority of what is happening on this planet. They’re the ones who have to pay the price. And if we’re unable to physically make them hand over money for it, then they’re going to pay for it. By losing business, we are seeing some areas where retirement funds are ditching fossil fuels. Universities are ditching fossil fuels with their, uh, you know, finances. That’s a great start and we have to go further and we have to switch this country to solar, to win to hydroelectric power fracking, not good.

Don’t do it. It is not a bridge. Fuel is a bridge to nowhere, but unfortunately that is something Biden embraces the democratic party, embraces it not good enough. This the call. This is the one issue where I actually do have a little bit of hope for this administration. And I hope they can do the right thing, but they’re never going to do the right thing if we do not continue to put. And that is what we have to do. Climate change has to take center. Stage necessity wants to act a majority of Democrats, majority of Republicans want action on this issue. Even if it means having to spend a little bit of money upfront, we can create the green jobs. We can move people out of fossil fuel jobs into the green jobs without losing anything. These are going to be more sustainable jobs, cleaner jobs. You don’t have to worry about your refinery exploding when you’re working in solar, I’d say that’s a win-win for the workers, but it’s going to take a massive jobs program here in the United States funded by the federal government. We have to get people trained. We have to move them. We have to innovate vest. And if we’re not willing to do that, we’re going to lose another four years. And by then it may be too late.