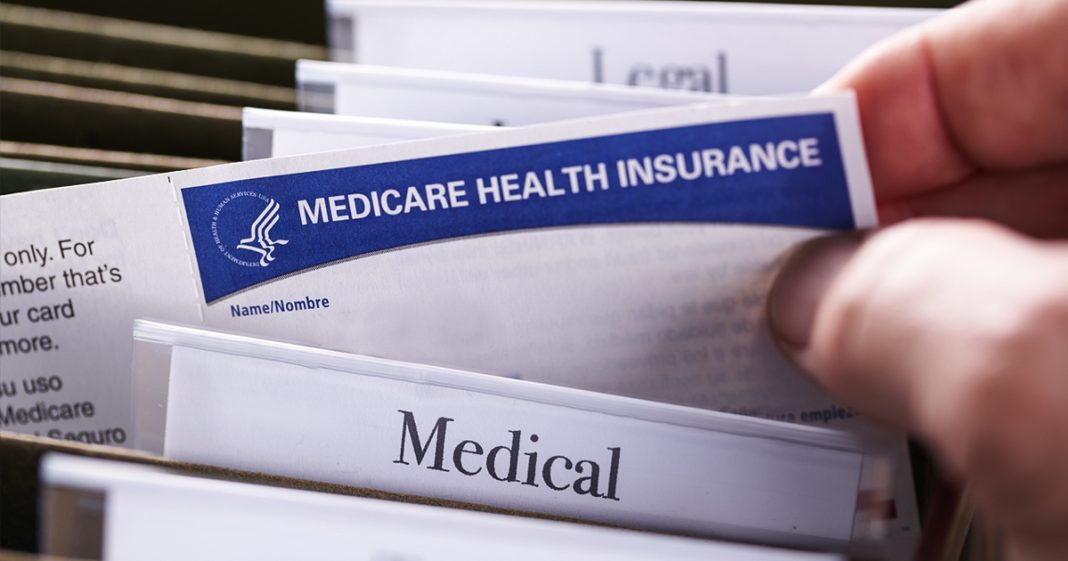 A recently-released study by the Congressional Budget Office found that certain universal healthcare proposals (including one that most resembles Medicare For All) are actually far less expensive than previously thought. In fact, the country could get a universal healthcare program up and running for the price of about $650 billion per year, less than we spend on the military each year. Ring of Fire’s Farron Cousins discusses the proposals and what they could do.

Medicare for all has been back in the news recently, a lot of that due to last weekends, uh, Jimmy Dore versus AOC talk everybody’s back on the Medicare for all we’re in the middle of a pandemic, we should be talking about universal healthcare, but even before any of that happened, a little noticed study came out of the congressional budget office, a government entity, and the CBO found that a Medicare for all plan for the United States, universal healthcare everybody’s covered. Everything is covered would actually be about $650 billion cheaper than what we had previously thought. So even though the previously laid out plans and financial details of it showed that it would save us money in the long run. We now found out in a story that for some reason, wasn’t really publicized that, Oh, our bad, it actually saves you even more money saves us $650 billion Per year.

At this point, there is literally no excuse to not do this. Other than the money flowing from the drug companies, the hospital corporations and other medical field groups to politicians. That’s literally the only thing holding us back. That is it. That is what is holding us back because if you’re talking about, well, it’s going to cost too much bull. It saves us money Study. After study, after study, including the ones done by the people trying to say Medicare for all it doesn’t work has shown us that it saves Money. It reduces Administrative costs. And that’s one of the biggest ways. It saves us money because a lot of the people who look at universal health care and say it costs too much. Here’s what they do. They do it deceptively. They don’t look at the plans and the proposals and how they would reduce the overall costs. You know, as in, we’re getting rid of administrative costs, we’re getting rid of, you know, the, the third party costs in here and all this shuffle. No, they look at what the system costs now And then say, Oh, we’ll see, this is how much it costs. And we just don’t have that. Well, it wouldn’t cost that much. It would cost this much because we’re getting away a little, uh, getting rid of a lot of the fluff over here and bringing it all down to here. And yet we can’t afford this.

We just are Choosing as a country, not to think about this. Joe Biden in the middle of a pandemic, one, a primary one, a primary in which he said, I will veto Medicare for all. If it passes both houses of Congress and comes to my desk as president I’ll veto it in the middle of a pandemic, he said that, and he still won that primary then went on to win the presidential election. And that was at a time, the primary was when 90 of the democratic party said we support Medicare for all. But then you had the media, you had Biden himself. You had the establishment Democrats crapping on the idea of Medicare for all. And support began to drop. And suddenly more Democrats actually supported expanding the affordable care act than a Medicare for all proposal. A lot of people miss that poll. I see that a lot. Unfortunately, a lot of people I respect and like on Twitter saying it’s 90% support among the democratic party. No, it’s not anymore. Go look at the polls from October.

Stop looking at the ones from March and April. Look at the ones from October. The recent ones were back to square one on this, but this study, this CBO study, uh, Matt Brennan, uh, has pushed it out, uh, tremendously. He’s one of the few people out there talking about it. This is starting over from ground zero. And this is where we need To be. This study Is something we need to talk about something we need to spread something we have to use to get more people back on our side, to fight the misinformation coming from all directions at this point, because we’re getting disinformation from the right from the left. Uh, obviously not the people more left to us. The center left, Uh, from industry from everybody, But they lie. And the numbers don’t Medicare for all universal healthcare saves us money. And there is no other way to say that we save money. I don’t understand how this is not already policy. See again, other than the massive influence that the medical index History has over our politicians, they’d rather let us die than save a couple bucks as a country.