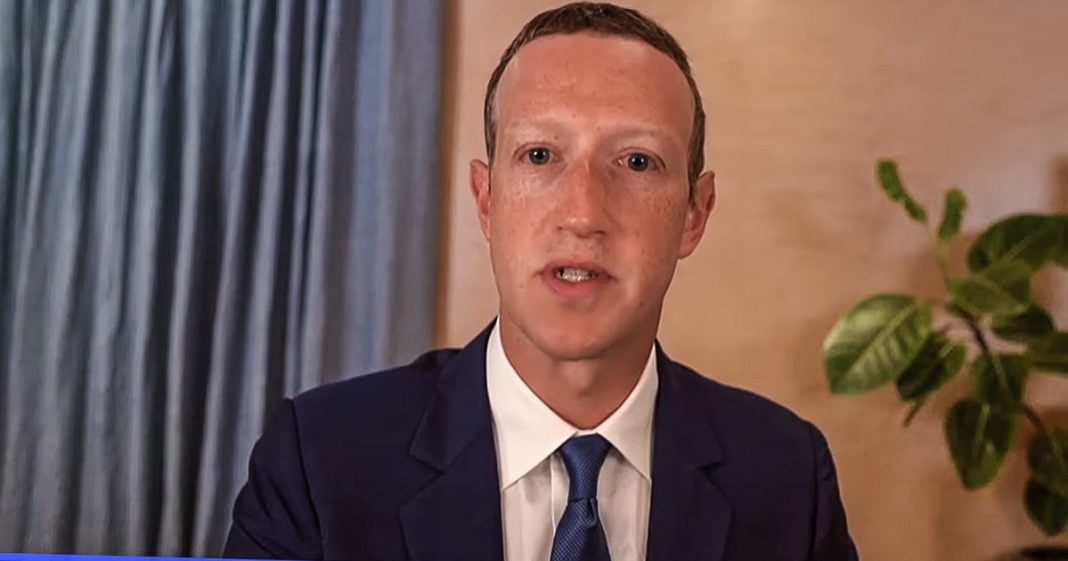 Facebook has been so afraid of Republicans that they have allowed them to break the rules and still get a better reach on their platform than those on the Left. Mark Zuckerberg has met privately with Republicans leaders in Washington and in the media, and in the end, he got absolutely nothing out of it. Facebook is currently the target of a major antitrust lawsuit which threatens to break the social media giant up into tiny pieces. All of that bowing to Republicans got them absolutely nothing, except for what they deserved, as Ring of Fire’s Farron Cousins explains.

You know, there haven’t been a ton of humorous, uh, stories that have come out of the Trump administration, but there is definitely one. And that is the story of Facebook. For the last four years, we have heard Republicans whine and cry and and moan about Facebook suppressing, conservative voices about Facebook censoring, conservative voices. Even though we can see their analytics and see that conservative voices are far more likely to be pushed out to people than voices on the left. You know, that’s, that’s actual data that’s available to everybody and there’s other data about their other studies that has shown that liberal voices have actually been far more suppressed than conservative ones, but nevertheless, conservatives wine and cried about this. And in order to not appear biased in any way, Facebook put in an algorithm that actually promotes conservatism and crushes liberalism. We reported on that a couple months ago.

And on top of that, Mark Zuckerberg over the last few years has been meeting with Republican leaders and not just leaders in DC leaders in conservative media, Tucker Berg. Zuckerberg has sat down with Tucker Carlson. I think Tucker Berg is actually a good, you know, amalgam of that. He sat down with Glenn Beck, you know, talking to the people on the right, trying to make friends with them, trying to say, Hey, please be nicer to us at Facebook. I’m doing what you guys want me to do. I am sucking up to every possible Republican. So please love me like me. And how did Republicans respond? Well, to be honest, they responded appropriately. And last week, the Republican controlled federal trade commission’s slapped Facebook with a massive antitrust lawsuit. And again, Facebook deserves that, but Mark Zuckerberg has been afraid of that for so long that he knew he had to suck up to all of these Republicans and he did, and they spread money around everybody too.

So you get money. You’re getting preferential treatment. Zuckerberg is doing whatever you ask him to do. And then some, and then he still get screwed over by getting popped with this antitrust lawsuit. This is one of my favorite stories of the year. This is one of my favorite stories of the Trump administration. Uh, in total, I love this Zuckerberg deserves this Facebook needs to be broken up. According to the FTC lawsuit, Facebook is acting as a monopoly by gobbling up smaller companies who might end up being competitors by suppressing actual competitors who refuse to be bought out by not allowing them onto the platform, monopolistic behavior one Oh one, essentially Facebook doesn’t really have a prayer so long as the incoming Biden administration keeps this lawsuit going. He’s also a big one against Google, uh, from the DOJ Biden has to keep these going. But what’s great is that these tech giants have been bowing down to Republicans. And to an extent, some of them bound down to Democrats too, but even all this sucking up was not enough to protect them. That’s great. This is one particular instance and probably the only one we can point to in modern times where all their money, all their influence, all their power, couldn’t buy their way out of trouble. That doesn’t happen frequently folks. So take a victory where you can get it. And this is a victory.