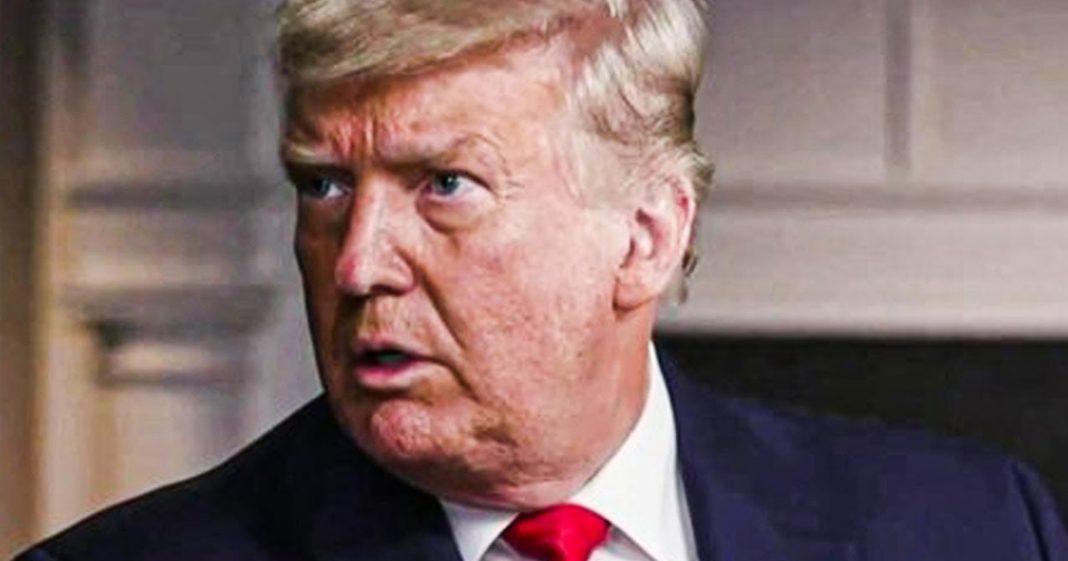 In 1915, the U.S. Supreme Court said that accepting any pardon was basically an admission of guilt, and that is the dilemma that Donald Trump is currently facing. There are certainly some federal crimes that he could be prosecuted for, even though it is unlikely that the Biden administration would pursue those. But even if he did pardon himself, he would be facing even more scrutiny for his business deals and the other investigations he’s currently under, as Ring of Fire’s Farron Cousins explains.

A former assistant Watergate prosecutor by the name of Nick Akerman this week told CNN that if Donald Trump’s self pardons, that would be essentially an admission of guilt. And he’s not just saying that as somebody who’s dealt with presidential corruption or somebody who understands the law, no, he’s actually referencing a 1915 ruling by the us Supreme court where even the Supreme court ruled that accepting a pardon is an admission of guilt. So if Donald Trump were to pardon himself for whatever it is, he thinks he needs to be pardoned for. It would be admitting that he did break the law. Nobody should be surprised about that. We know Donald Trump broke the law. Robert Mueller did in fact tell us in his report that, Hey, Trump broke the law, but I’m pretty sure my hands are tied to prosecute him. Uh, fun fact, they weren’t, they’re not the DOJ can prosecute a sitting president.

Uh, the belief that they can’t was based on a memo, not even a rule, but a amen. Oh, written during the Nixon years saying, Hey, let’s not prosecute president. It’s a little more wordy than that. A little more technical, but it is not a rule. It was a suggestion. Nevertheless, uh, we know he committed the obstruction of justice at least 10 different times, and those are federal crimes. Sure. They’re petty, right? I mean truly the kind of petty, depending on the circumstances, the ones Trump did, maybe not so petty, cause we’re talking about interference and United States elections, but nevertheless, you know, it’s not like you went out and killed them. Oh man. However, if he was pardon himself and accept this, pardon? The admission of guilt. What does that do to his brand politically? Well, politically it’s going to, I heard him with moderates and certainly the left.

He, but he was never going to win their votes. Anyway, on the left, the moderates who knows, uh, with Republicans, it will do absolutely nothing. His base is his base is his base is his base. He will never lose them. Even if he accepted the part. Even if he handed them the evidence saying, look at all these crimes I committed. They would be like, wow, sir, these are really great crimes. You’re so wonderful. Um, so politically I don’t think it really does much. You, him business wise business wise, it could hurt him because it, at that point he would be somebody who, everybody knows. He did things. We may not even know what he did, but we do know that did it. So that could hurt him financially. But there’s a third arena that it could really, really hurt him. And that is all these lawsuits and investigations against him.

See, here’s what happens when you go to court, if you have a record, you know, if you’ve been in court before, if you’ve been arrested before, all of that works against you, right? You are not, unfortunately, in this country, just on trial for what you did in that particular instance, every bad thing you’ve ever done gets brought up. And that weighs heavily on what happens to you in that instance. And that is where a self pardon could truly affect Donald Trump. He is a lot of investigations, dudes going to be going to a lot of depositions. Once he leaves office, he’s going to spend a lot of time in court court rooms and this self, pardon could not saying it would, but it absolutely could hinder his ability to say I’m an innocent guy. I don’t ever do anything wrong. Really? The prosecution says then why just self?

Pardon? You want to lay that one out for us? You want to tell us what you pardoned yourself? Okay. Didn’t think so. That’s how that plays out with a good prosecutor. Maybe they do it a little less smugly than I did. That’s why I’m not actually a lawyer. Um, nevertheless, uh, self, pardon? Isn’t really going to do Trump. Any favors, you know, Joe, Biden’s not going to come after him for the petty stuff from the Mueller report. He’s not going to investigate him for the stuff that Mueller wasn’t able to get him on. The real important investigations are taking place at the state level in New York. Those are serious. Those are real. And luckily he can’t pardon himself from those. So I think it’s okay if he wants to self pardon and self-destruct go for it. It’s not going to help you one bit though.