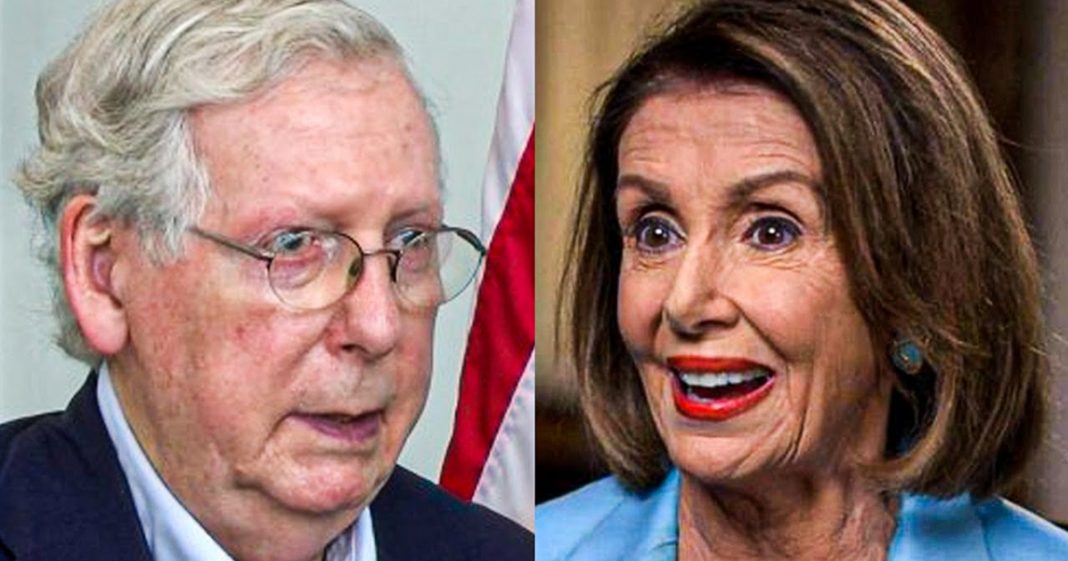 Our elected leaders are not good enough. The stimulus/relief package being “negotiated” right now proves this. They are doing the bare minimum for the American public while handing every benefit imaginable to corporations. This country might have passed the point of no return, and this might be the signal that this country will never be what we need it to be. Ring of Fire’s Farron Cousins discusses this.

Stimulus talks are still taking place in Washington DC. And the latest, I guess you would call it is that we may be getting $600 checks upwards of, I think it’s 2,400 per family. Because even though the grownups, your money’s being reduced from 1200 to 600, the money for a kid is going up from 500 to 600. So basically everybody gets 600. Um, I’m sure it’s going to be means tested if you make above a certain threshold, even though depending on where you are, that’s not really a good indicator, whatever, this is what it is. Oh. But by the way, if you’re getting extended unemployment benefits, you cannot get a stimulus check, which has kind of like a double whammy of pain for the people who’ve lost their jobs during this pandemic. You know, the people who literally need the most help were saying, Nope, you can’t have to help. So you get one, everybody gets one.

This, this is not okay. What’s me off about this. And please understand. I know there’s a handful of people, uh, on the left that are fighting for more, not fighting hard enough, I will say, um, how is this hard? And Everybody’s jumping in the comments right now. I guarantee you saying who it’s because of their old beholden to corporate. We know that shut up. We get that. What I’m asking is why is this so hard for the public to stop voting in the same people? Every election Congress sucks. Congress is comically incompetent as a whole. I mean, it would be comical if it weren’t so dire right now, right? Some of them are comp incompetent by design, right? Those are the ones who are paid off and they do it for the money. Others are just incompetent because of their own stupidity. Not realizing that sending Americans money, free money in the mail, huh? People actually like That. Gee Shocker, right? People like free money, especially at a time when people need that money to survive, lending people, a helping hand when they’re drowning, I would say, that’s not a bad political move, right?

Yet we are governed By 535 individuals in the house and Senate who don’t seem to collectively understand that. And do you know why? Because they don’t have to understand it. They don’t have to help us. The only People they do have to worry about, yes, are the corporations because that corporate money could dry up, but they know that our votes are going to be there. We’re so tribal that it doesn’t matter if you’re a democratic Congress, you’re pretty much safe. If you’re a Republican, you’re pretty much safe. Same thing with the Senate. Few people lose their seats in any given year, right? You never see big, massive sea changes. And if you do, they don’t last for very long. Now there’s Red districts and there’s blue districts. There’s a few that we like to think are purple, but they’re truly not. They do lean one way or the other same thing with the Senate. This is why nothing changes. If you keep sending Nancy Pelosi to be the speaker of the house, you’re going to end up with the same policies that you’ve had for the last 20 years.

If you still have Mitch McConnell, as you know, Republican majority leader in the Senate, you’re going to have, have the same stuff. Same thing with Chuck Schumer, same thing with [inaudible] same thing with Schiff, same thing with McCarthy, same thing with Rubio and Cruz and all the rest of them and ran Paul, nothing will ever change in this country. They will never take care of us until we stand up to them. And the only way we have to do that, that actually means something is to vote them out is to primary them. We just have to stop being so scared of challenging the power. That’s what it is. That’s what this is rooted in. People are afraid to challenge. People are afraid to go with the challenger. Don’t be because honestly there’s no, It could be any worse than what we’re seeing right now. A watered down stimulus package that literally gives you crumbs while giving massive tax breaks to corporations and the wealthy elite, giving them more legal rights, taking away your legal rights. And you think you should be afraid to challenge the power structures. Oh, Hell no. Vote them out. Every single one of them. If they’re not fighting for at least $1,200 check and extended unemployment benefits, they don’t ever deserve your vote again, ever.