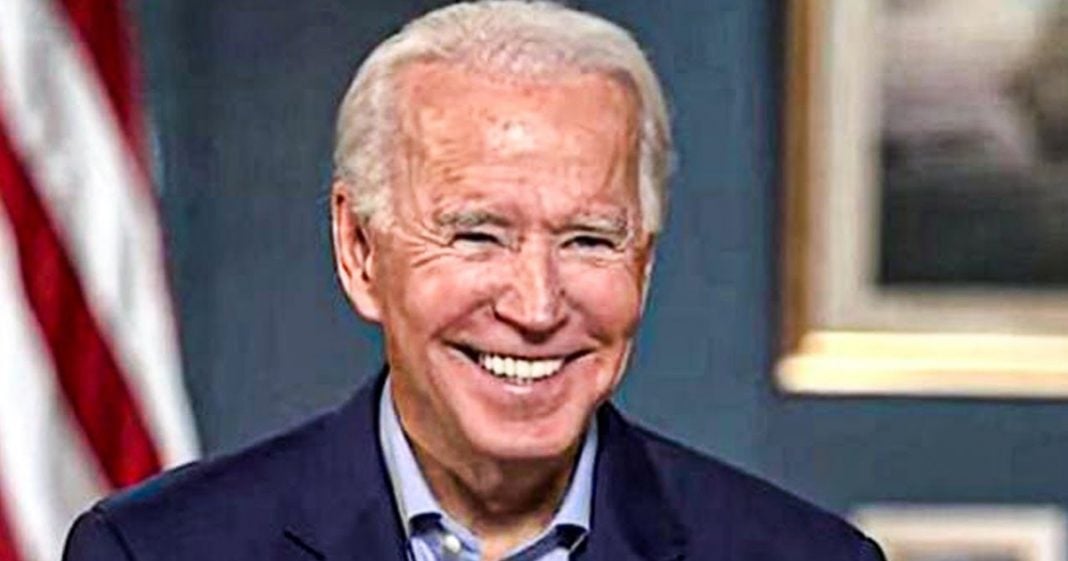 The United States could save a couple billion dollars if Joe Biden ends up cancelling Donald Trump’s border wall project when he becomes the President. The project doesn’t have the support of a majority of Americans, and it is already proving to be either useless or shoddy in certain areas. The project was a bust from the start, and Ring of Fire’s Farron Cousins explains what we stand to gain from getting rid of it.

According to a new analysis released this week by the army Corps of engineers, Joe Biden could come in on day one of his administration and immediately save the country $2.6 billion. And that’s going to be important by the way, because Republicans on January 20th, 2021 at noon, Eastern are suddenly going to start caring about the deficit. So whatever Joe Biden can do to save a little money here and there is going to give him a little bit of leverage. So what does he got to do to save $2.6 billion? All he has to do is say no more border wall access. During that project, when he comes into office would save the U S $2.6 billion at a time where the country is kind of starved for money, right? We’re in the middle of a recession, we’re in the middle of a pandemic. We need to get aid to people, but we keep being told, geez, we just don’t have the money for it.

Well, army Corps of engineers went and found us $2.6 billion. All we have to do is stop this highly unpopular project that has already proven to be a catastrophic failure. Here’s what I mean. Um, well, first of all, unpopular, according to the most recent polls available, uh, all throughout 2020, by the way, a majority of people do not support the construction of the border wall. Now in the early days of the project, yes, it did have a majority support here in the United States. Polls have shifted majority now say, Nope, we do not need the border wall. We do not want it. And it will not be effective. They’re right about it not being effective because we have had plenty of reports of people being able to scale the wall. People tunneling through the wall, people who’ve tunneling under the wall. So what are the, whether you go through it under it or over it, you can get around the wall.

So there’s that then of course you have the other reports about certain areas of the wall that are literally already crumbling because they were built so poorly. Yeah. So yeah. That’s your border wall ladies and you know, Oh, and of course there’s a little area that has that plaque. The Donald J. Trump not only halt the project I say, but some of that money you’re going to save actually use it, not all of it, but use some of it to go ahead and pay demolition crews to come out there and take it all down. Every single inch of border wall constructed during the Trump administration needs to be taken down. We do not need a single inch of it, his monument to American xenophobia, because that is what I see on that Southern border. That is what that is. That was an electoral tool to propel Trump into the presidency. And it worked in 2016. Didn’t work in 2020. He didn’t really talk about it that much in 2020, but it has to go. It’s a monument to hate and xenophobia and intolerance get rid of it. Joe, not only would you be helping to move America forward, like you say, you want to do, but you also save a couple billion dollars in the process.