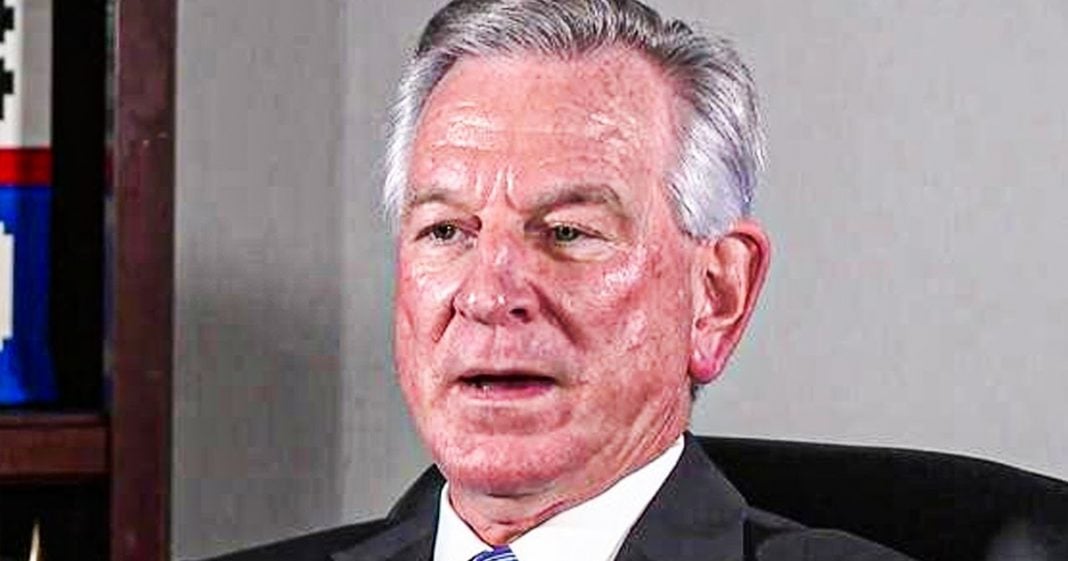 Incoming Alabama senator Tommy Tuberville isn’t wasting any time sucking up to the Republicans of Alabama, as he announced this week that he is going to be challenging the election results on the Senate floor as one of his first acts in January. This is a man who might actually be less qualified to hold a public office than Trump is, and he wants to make sure everyone knows that. Ring of Fire’s Farron Cousins discusses this.

Newly elected though. Not yet sworn in Republican Senator from the state of Alabama, Tommy Tuberville told a crowd in Georgia, this rate a week, excuse me, that, uh, when he gets to the Senate, when he is sworn in, in early January, one of the first things he is going to do is try to overturn the results of the 2020 presidential election. He is absolutely hell bent on making that the Mark, he is going to leave on his first day. He says in the United States Senate. So what we’re seeing here is Tommy Tuberville is already announcing, Hey, I’m going to follow in the footsteps of some of the craziest folk from Alabama, who to represent us in DC. You know, like Mo Brooks and Jeff sessions. Yeah. I’m going to be one of those guys and I’m going to prove to the entire country on day one, that I’m totally nuts.

That is what Tommy Tuberville is announcing. Uh, now longtime viewers fire. No, that I have a very, a hard stance against Tommy Tuberville that has nothing to do with politics. Uh, yeah. As an Auburn football fan Tuberville was our coach for a long time. He did great at first, but then he stopped caring, just dry tag the team straight down to hell with them and then just abandon them. Uh, so yeah, I’ve got a little bit of a chip on my shoulder as a fan of Auburn for tuber Ville. But as a Senator, this guy knows not what he’s doing. This guy might actually be less qualified to be an elected official than Donald Trump. And that is saying a lot. I mean, hell at least Trump had that look, I’m a businessman. I know how to run a thing. Yeah. Tuberville doesn’t even have that.

Tuber Ville is a like six time failed college football coach. Like everywhere. He went, he dragged the programs down over time. So he’s not even a good former football coach. And he abandoned some is he, one of them have abandoned them like at dinner, they were all out to dinner and he just fricking left and never came back. Cause that’s the kind of guy tuber Ville is. And that’s the kind of Senator that Alabama will now have instead of Doug Jones, who was a very milk toast, mediocre, uh, you know, sitting in the middle of the fence kind of guy, you know, for a state like Alabama, that’s exactly what you need. You know, he’s not too left, he’s not too right. He is just honestly right down the middle. But instead the voters in Alabama continue to get fleeced by these hard line, you know, nutso Republicans, which is what these people are.

Tommy Tuberville is absolutely playing to this crowd. He’s going to go into Washington and he’s going to make a spectacle of himself. Not because he is a nut, but because he, he has to act like a nut in order for them to stay with him, voters in Alabama, you deserve better. And I know Alabama gets crapped on a lot, you know, for being so far right. And you know, Oh, they’ve got extreme poverty according to the UN and people look down on them, but trust me, you’re not going to find for the most part. Obviously you got some, you know, uh, people with the Confederate flags and stuff like that. But the people overall, it’s not all that. There’s a lot of really great and wonderful people down there. And it sucks that they’ve all got this stigma of, you know, being these Backwoods idiots who keep electing Republicans. That is not what they are, but people like tuber, Ville go out there publicly. They say stupid crap like this, like Ahmad, Dave Warren Overturn the election. And that is what helps give these people in Alabama bad name. Sure. They picked him and they deserve criticism for that, but they do still deserve better. We all deserve better than what Tommy Tuberville is about to bring to the Senate.