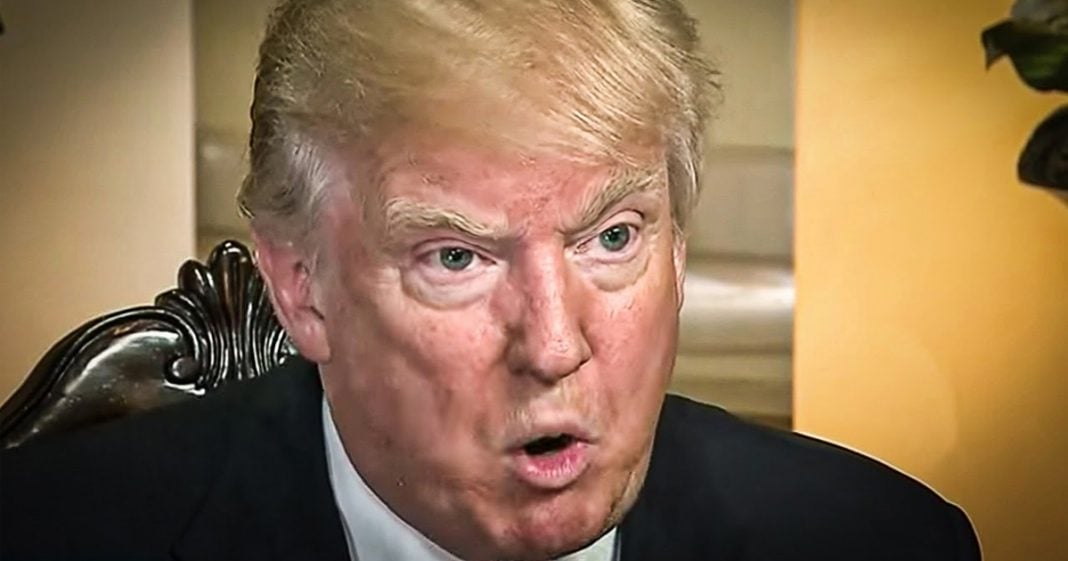 Because apparently there’s nothing else going on in the world, Donald Trump took to Twitter to complain about the commercials that Fox News is running. The President was widely mocked on social media for his statement, and most people were actually trying to figure out what, exactly, he was even talking about. Ring of Fire’s Farron Cousins explains what’s happening.

As we all know there is nothing in this country happening right now at all. There’s nothing to be worried about. Uh, there’s nothing that we need our leaders to do. So it’s perfectly acceptable for the president of the United States, uh, to spend his days complaining, not just about the content on Fox news, but as of yesterday, the commercials On Fox news, the president of the United States, arguably the most important human being on the planet, Tweeted out A complaint about the quote unedited commercials on Fox news. Here’s what Donald Trump sent out. He said, I’m so sorry. He said, can’t believe how badly Fox news is doing in the ratings. They played right into the hands of the radical left Democrats. And now are floating in limbo, land, hiring fire, Donna Brazil, and far worse, allowing endless negative and unedited commercial Fox news is dead. Really sad.

Now I’m going to be honest folks. I’ve never actually watched, watched Fox news. Um, the only times I’ve ever seen it is actually when Mike Papantonio, Antonio used to go on it. Uh, I I’d sit there and watch his segments cause I’d be in the studio with him. I haven’t watched Fox news since then. And that’s been like, uh, 13 years since they last had them on. So I don’t know what their commercials look like. Are they airing unedited commercials? Like just the raw footage, you know, clapperboards and everything. I don’t know. So if they are doing that, somebody please tell me, but here’s the problem. Even if they are doing that, if they’re just straight up, you know, airing on edited commercials, you can see the lights in the background, you know, boom, Mike’s in the shot. I don’t know. Even if they’re doing that, um, that’s still the least important thing happening in the United States today. We’re having a nine 11 every single day with regard to the total number of COVID deaths. Uh, we just had a major, uh, cyber attack on our government institutions.

That’s that’s a big thing. That’s a big news. Um, everybody’s saying Russia did that, That, you know, uh, I don’t know if that’s knee jerk reaction, you know, Attenuation of this new cold war they’ve started or if it’s genuine, you know, that’s the problem when you cry Wolf so many times, you know, kind of hard to take these reports at face value. Um, but nevertheless, we know we did get attacked and sure wouldn’t surprise me at all to find out if Russia did it, but we got that going on. We’ve got a stimulus talks that appear to be imploding any given day, we get good news. Then we get horrible news still in the middle of a recession, still in the middle of a trade war. And Trump’s tweeting out, Out insults to Fox news about the ratings. And then the run edited commercials.

People are dying in this country right now. People Are dying. There’s going To be multiple people that die every single hour today, tomorrow and the day after From COVID-19. Yeah. And this Jack holded we have sitting in the white house thinks that the best use of his time is to tweet about the commercials on Fox news. You know, I I’m no fan of Joe Biden by any stretch of the imagination. Um, but thank God at least we’re getting rid of this idiot. He would rather sit by and watch Americans die because they didn’t vote for him than actually do his job. That’s what we’re witnessing right now. And as much as of a, of a corporatist as Joe Biden is going to be, I don’t ever think he’s going to hit that level. He’s never going to hit the Trumpian level. So yeah, truly was the lesser of two evils here because what we have in the white house right now is pretty dang evil.