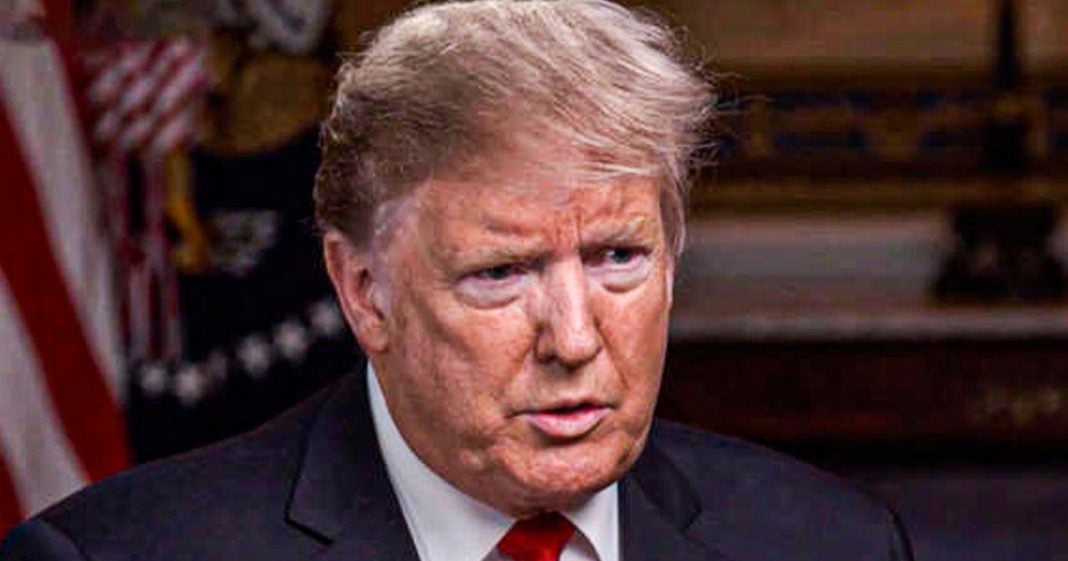 Trump has been ranting and raving like a lunatic about water pressure for years, and this week he finally deregulated water pressure for shower heads in America. This rule change could lead to countless extra gallons of water being wasted every day in America, but Trump just had to have his way about this issue that nobody in this country thought was a concern. Ring of Fire’s Farron Cousins explains what’s happening.

For many years now, Donald Trump has been ranting and raving. Incoherently about water pressure, water pressure from showers, water pressure, and your dishwasher. He is just mad that there’s just not enough water coming out of the tap. Um, we’ve also at the same time, been getting lots of reports from all over the world that, uh, we’re facing a clean water shortage. You got a lot of countries that in the very near future could actually run out of water. And yet here, Trump is whining and crying and complaining about the fact that apparently he’s having trouble Watching his hair. Must be nice to have that problem. Anyway, He’s been talking about this for years. Uh, recently is over the summer. He said, so shower heads, you take a shower, the water doesn’t come out. Uh, you want to wash your hands, the water doesn’t come out. So what do you do? You just stay in there longer, or you take a longer shower because my hair, I don’t know about you, but it has to be perfect.

This, this is one of Trump’s weirdest crusades since becoming president. And again, this is weird because this was done in 1992. So who was president in 1992, George H w Bush, a Republican, a Republican who wasn’t an idiot on the issue of climate change. Um, that’s all the credit I’m willing to give him. So he wasn’t an idiot on the issue of climate change. He understood it as did Reagan. They had been told for many years it was a threat to national security. And you know, conservation was, was the thing back then. And let’s conserve water. Let’s conserve the environment. So they put this regulation in place, which was still very generous, two and a half gallons of water per minute is a lot.

And it’s been there ever since. And has, I guess been off in the shower for 28 years, to the point where he felt the need to repeal this regulation, uh, in the final month of his presidency, by the way. So it’s likely, it’s very likely that Joe Biden a month from now is just going to fix it. Folks. Trump’s never going to get the shower. He wants it. Ain’t going to happen because by the time he leaves office, nobody’s going to be manufacturing, these massive water flow shower heads. Yet Joe, Biden’s going to repeal the repeal and then it’s going to be back in place and Trump’s not going to get as clean as he wants to be. And you know what, feeling a little grimy for the rest of your life. That’s definitely the bare minimum of a fitting punishment for Donald Trump.