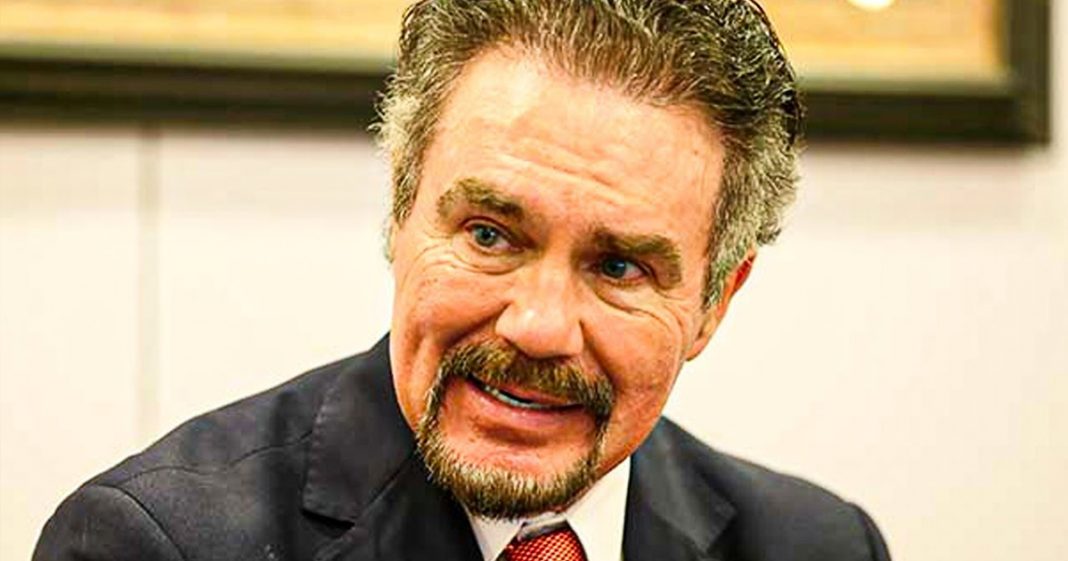 A new investigation has found that millions of dollars worth of PPP funds ended up going to megachurches, which was a violation of the terms of the PPP loans. And at least one pastor seized on the opportunity to use his PPP money to buy a private jet. These are grifters of the highest order, and they need to be taxed and investigated for their actions. Ring of Fire’s Farron Cousins discusses this.

As small businesses here in the United States continue to close their doors because they simply cannot make enough money to stay open. During this pandemic and recession, a new report has come out to show us that billionaire and millionaire mega church pastors ended up getting their hands on millions of dollars in PPP loans from the federal government, for their churches. And at least one of these pastors, a man by the name of Marcus lamb, who runs day star television, uh, according to religion dispatches, uh, they have as many as 2 billion viewers and it’s valued at a quarter of a billion dollars. Uh, he got 4 million In PPP loans And then he proceeded to buy a Gulf stream five private jet. Now the private Jet is valued at 9 million and he only got four. So of course, yeah, I mean, he had to pony up the other $5 million, but also as we all know, because of the new Republican, Ted’s not even new anymore, it’s three years old, but because of the Republican tax cut package, he’s going to get to write off almost all of the costs of that private jet and on his taxes this year, too. So he, he took our money, our, our tax dollars money that was meant to go to help small businesses survive the pandemic. And he buys himself a private jet with it.

And now After this year ends, okay, He is going to be able to write off most of the cost of that further fleecing, the American taxpayers, what a time to be alive, right. Folks, because this is how the system works. If you have money, the system is rigged so that you can make even more money, but if you don’t have money, if you’re struggling to get by the system’s rigged so that you can’t get a helping hand. In fact, you get punished. If you try to take a helping hand, but this story about these mega church founders is absolutely deplorable. Um, and I think that is the most appropriate word. Uh, Joel Olsteen’s, Lakewood church, um, annual budget of 90 million. Um, he is, uh, got a net worth around 50 to 60 million. Uh, they put took four and a half million In PPP loans. Um, you’ve got other churches out here too, um, that have also taken a C 2,000,005 million that’s Robert Jeffries and Paula white, who took those amounts. The whole thing is It’s absolutely disgusting because these mega churches, well, let me back up for a second. Uh, the PPP loans for the first time ever were actually made available to charities. Um, obviously people weren’t giving as much to charities. Charity says we’re going to go under, we got to help people. So they made PPP loans available to charities, not to churches, but these mega church pastors found a way around that. I’m sure they all charities. And so they use that. Uh, I’m assuming in most cases to get around those laws, regular average, every day, your church, down the street, they weren’t able to get these PPP loans.

Most of them, Some of them I believe did. Um, and to be honest, I’m actually okay with that because I look at, I mean, I know multiple different people who work at the church, they all work at different churches, but we’re in the South, it’s all the church, right? Um, they work at the church, you know, they’re, they’re not a pastor than not a none. They’re not a priest. They just work. You know, they’re, they’re in the clerical department, they’re our receptionist or whatever they are. They work there. That is their job. And their job is dependent on donations going into that church. And so, yes, they, you know, that’s an average person just working a job. They need their business to get that loan. So I’m okay with that. But these mega church pastors, ah, y’all are sitting on a couple hundred billions, a million, excuse me in the bank. And you have to take from the taxpayers. You have to take from the mom and pop shop down the street to be able to pay your employees. That’s crap. You have the money on hand. That’s what profits are supposed to be used for right in a perfect capitalistic system. That’s what you would have done, but we don’t have capitalism here in the United States.

We really don’t. We have corporate socialism. I think that is the best descriptor for what we have in the United States. It is corporate Socialism. Everybody else it’s free market capitalism. Oops, sorry. You get screwed over for this SAR. You’re not making good wages adds a free market, right? It’s the visible hand coming to smack you in the face. But if you’re a CEO, if you’re worth a couple million or more, Hey, it’s corporate Socialism. Do you need help? My friend, let us write you a check. Do you have direct deposit? That’d be faster. We’ll just give you the money into your bank account. God bless you and have a lovely day. Don’t forget to kick a couple of those urchins asking for higher wages on her way out to F those people, right? That’s the system we have today. That is the system under which these mega church multi-millionaire pastors were able to secure millions in loans and buy private jets with them. While the rest of us are still struggling to get by.