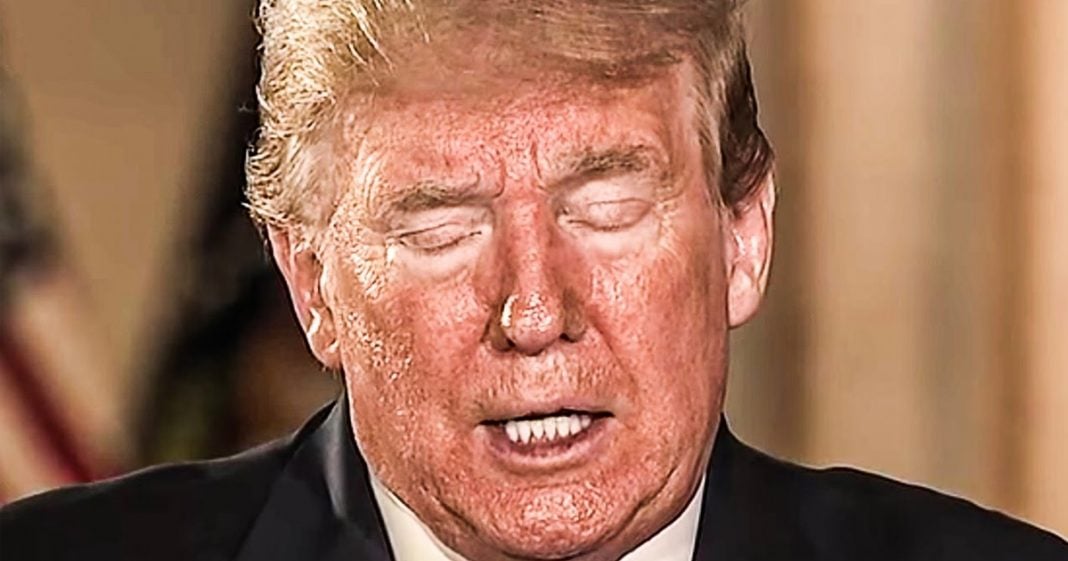 A spokesperson for Twitter sent a shot across the bow this week during a conversation with Forbes, where they made it clear that the platform can absolutely ban Donald Trump starting on inauguration day. At that point, Trump would no longer be protected by the company’s self-imposed “world leader” designation, and he would then have to follow the same rules as everyone else. Ring of Fire’s Farron Cousins explains what this could do to Trump’s future political aspirations.

Since the day after the presidential election. And I mean, if we’re being honest, since the day the man joined Twitter, Donald Trump’s Twitter feed has been an absolute mess. Sometimes it’s a comical mess, but during his presidency it’s been a, uh, you know, national problem. I think that’s the best way to say it’s been a problem, but it could all be coming to an end very soon, according to a spokesperson for Twitter who spoke to Forbes recently, once January 20th hits. And I’m assuming they mean January 20th at noon Eastern, when his term officially is over once that time strikes the clock, he no longer has any kind of special protections at all. Not just by the way that he is losing his world leader designation, because we knew he was going to lose that the Twitter spokesperson confirmed a Forbes, that he will be treated just like any other individual on that platform.

Being the former president will not grant him any kind of special privileges. So whether you’re a 15 year old, who’s been on Twitter for one day or you’re Leonardo DiCaprio, or you’re a former president, you’re all going to be playing by the exact same rules. Well, for DiCaprio and probably maybe the 15 year old, not that much of a problem, but for a guy like Trump, no big problem. He has been using his platform since the day after the election to spread complete misinformation lies and conspiracy theories about the 2020 presidential election to the point where on most of his tweets, Twitter has now had to put a warning saying this claim about voter fraud is disputed. Uh, you know, this isn’t true this past weekend. They actually limited some of his features to where you couldn’t comment on the tweet or even like it.

They, you know, undid that very quickly, but that was a taste of things to come and sure, maybe you think it’s petty that I’m celebrating the fact that Trump could get banned from Twitter, which is what this spokesperson confirmed. But here’s the thing Trump’s power comes from his microphone. His biggest and loudest microphone right now is Twitter. That is one that everybody can see when you see talking to Fox news, he’s just talking to the Fox news audience and the poor people on the left who have to watch Fox news and right how wrong they are for groups like media matters. Um, the rest of the country is not watching Fox news. So we don’t see that. We don’t hear it. It doesn’t affect us Twitter. It does. So if he gets removed from that platform, what is he going to do? He is not going to find anything else that has a microphone that is comparable to that.

Was he going to go over parlor? Okay. Well, if you go to parlor and say these things, you’re only saying it to people who already agree with you. That’s not what you need. You’re not going to win. Anybody knew going over to parlor, especially because as reports are telling us, conservatives are already leaving parlor because they think it’s too boring. Apparently they like the interactions of getting publicly owned by the libs all day long, whatever. The reason parlor is not going to last. And you know what I am in favor of banning Donald Trump, call it censorship. If you want this one, I’m not going to apologize for Donald. Trump is spreading dangerous misinformation, misinformation that is now leading to violence here in the United States. I’m sorry, but that’s not the kind of speech that is protected by the way. It would only, you know, the government is the one that’s not allowed to infringe upon free speech.

Conservatives have argued in front of courts and made it to where corporations can. So if he gets kicked off, he can blame his own party for that. And no, I’m not worried about that. Becoming a slippery slope, not in this particular instance, no, I’m not. Trump needs to be banned. Trump is using his Twitter page. As I said to spread misinformation, that breeds hostility that as we have seen in just the last five days is now leading to massive violence in the United States. I’d say that’s war a worthy of him losing his account over that.