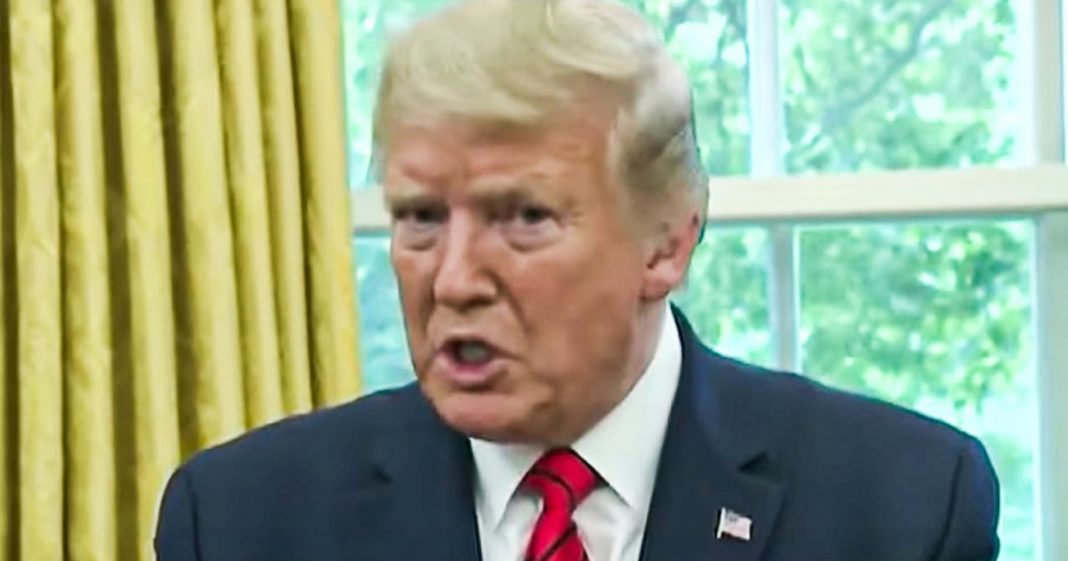 Vaccines are starting to roll out in America, but officials and the drug companies are expecting the stock to start running low around April. And we now know that Donald Trump – on multiple occasions – declined offers to purchase more doses of the vaccine. If there is a shortage, it will be solely his fault. Ring of Fire’s Farron Cousins explains why there was no reason for Trump to decline these offers.

Last week, we got reports that Donald Trump declined an offer by Biointech this summer to purchase an additional 100 million doses of the COVID vaccine that they were developing. Well, this week, former Trump FDA commissioner Scott Gottlieb said that as recently as last month, Donald Trump turned down a, another offer to purchase millions, more doses of the COVID vaccines coming down the pipeline. So this isn’t something that only happened in the summer Trump up to last month, according to his own former FDA commissioner was still saying, thanks, but no thanks. We’re going to be okay. If there is a vaccine shortage here in the United States, it is squarely Donald Trump’s fault. There’s no one other way to spin that there is no way to cut it, slice it, to make anybody else responsible. This is on Trump. And we also know based on the reports last week, that when he went back and said, Hey, you know what?

I think I will take those million doses. The companies said, Hey, uh, yeah, we already sold them. Dude. There’s a global pandemic. Everybody wants these things. You had first dibs and you said no. So we sold them to someone else. There’s also reports that wealthier countries, not the United States, obviously are starting to stockpile. This. The pharmaceutical companies themselves are predicting a state side show Portage come April. Most of the, he wouldn’t even be eligible to get the vaccine based on the waiting lists and the priority lines until the summer. But now they’re telling us we’re already going to have a short Mitch come April. Cool. There will be a vaccine shortage here in the United States. I’m not trying to fearmonger anybody. That’s what the pharmaceutical companies are telling us. And we also know Trump caused that. And while I, I did not want the United States to just stockpile, hundreds and hundreds and hundreds of millions of doses of this, just for the sake of having them.

Here’s what could have been done, you know, right now, okay, we’re going to have the priority of this, um, healthcare workers. You go first and they should, you got some essential workers that have kind of come after that high risk people coming after that. And then everybody else you get in line and you hope for the best, we wouldn’t necessarily have to have these waiting lines. We wouldn’t have to say, okay, maybe by July, half the country will have it. If he had just purchased these extra doses, because here’s the thing. If you purchased them and then we didn’t need them because we had everybody inoculated by February, then you give them to other countries. Notice I said, give not sell. You, give them to other countries, the countries who are going to be struggling to get doses of this. That’s what could have been done. Not only could we have saved our population, but we then could have extended this gesture of Goodwill to the countries who can’t or who otherwise can’t get it because other wealthy countries have stockpiled it. Once again, the United States was given the opportunity to be global leaders, to be Goodwill ambassadors for the human race across the planet. And we failed because we put a sycophantic, profit driven businessman as our president of the United States.