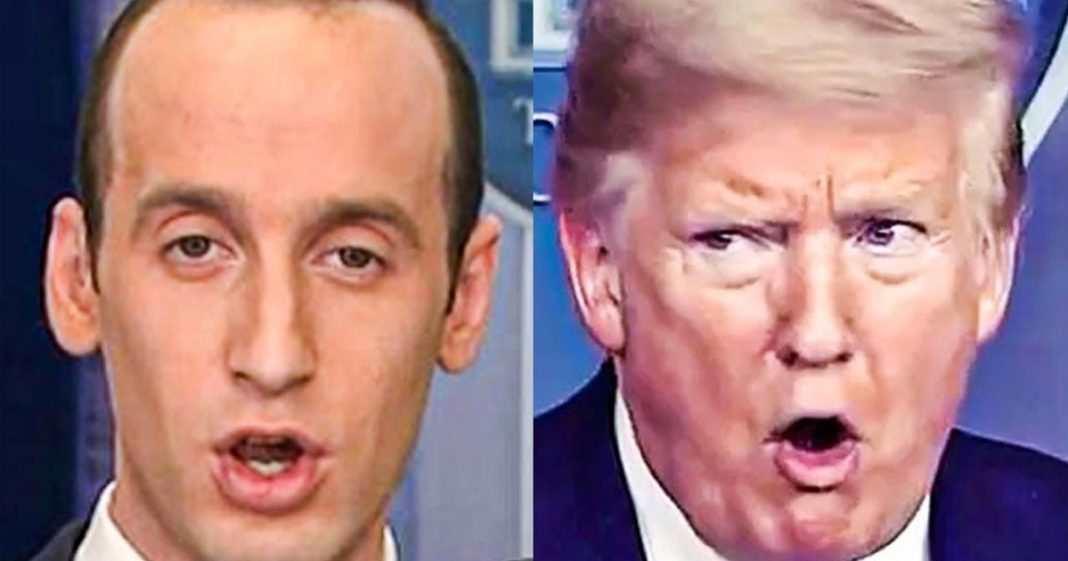 On Monday morning, shortly before the Electoral College was set to meet to vote for Joe Biden to be the next President, Trump aide Stephen Miller appeared on Fox & Friends to announce that he had a new plan to help Trump steal the election. Unfortunately, this plan isn’t even a plan at all, and it is completely unconstitutional. Ring of Fire’s Farron Cousins explains Miller’s last ditch effort to help Trump stay in power.

Yesterday, the electoral college officially voted Joe. Biden’s going to be the next president of the United States, but do not tell that to the Trump folks because they still believe that somehow there is some way Trump is going to end up president on January 20th, Stephen Miller, uh, Donald Trump’s stooge appeared on Fox and friends Monday morning before the electoral college voted to let his followers know that trust him, there’s still a chance. Take a look.

Stephen Miller:                  Great to be on this morning. Thank you for having me. The only date in the constitution is January 20th. So we have more than enough time to write the wrong of this fraudulent election result and certify Donald Trump as the winner of the election. As we speak today, an ultimate slate of electors in the contested States is going to vote and we’re going to send those results up to Congress. This will ensure that all of our legal remedies remain open. That means that if we win these cases in the courts, that we can direct that the ultimate state of electors be certified. The state legislatures in Georgia, Wisconsin, Pennsylvania can do the same. And likewise, Congress has that opportunity as well to do the right thing. If you just cured three simple constitutional defects, Donald Trump’s the winner of this election.

That’s right. They’re going to put their own electors in the electoral college, have a non official vote that they think might be submitted to Congress. I don’t know how the plan works. Honestly, Steven Miller doesn’t know how the plan works and I’ll tell you why, because the plan can’t work. Uh, that’s not how it works. You see, as we have repeatedly said, the only thing the constitution calls for is that each individual state is allowed to determine how they select their electors, how they conduct their elections. And they did that. They conducted their elections. They all certified the results. The electors were bound and they voted and it’s over those electoral votes. Now we’ll go to a joint session of Congress in early January, where they will be certified. At that point, it then becomes official that Joe Biden is the president. Cause technically no, just because the electoral college voted doesn’t mean it is official, even though there’s nothing, there’s really no remedy at this point for Trump, for Steven Miller, for anybody in this administration, what Stephen Miller did in that segment was not only lie, but he had to continue the grift.

You have to keep selling your supporters, this false hope that somehow some way somewhere Trump is going to end up winning this thing. He already lost. Trump has now lost this election half a dozen times. At least he lost yesterday. How many more times does Trump want to be a loser? I mean, I think that’s the real question we need to address right now, because as it stands, Trump has lost this election half a dozen times, at least. And Stephen Miller insists that, Hey, hold up folks, we might be able to lose it one more time. Not to mention the fact that obviously the joint session of Congress is very unlikely, uh, given any, you know, uh, given a complete lack of evidence to voter fraud. There no reason they would have to overturn these results or to say that the electoral college messed up. Nothing’s going to be done like that, especially because Democrats control the house. Republicans control the Senate. You would go to some kind of gridlock. It ain’t going to happen. Folks Biden, one Trump lost. And anyone who tells you otherwise obviously has some kind of financial gain in telling you that Trump still has a chance.