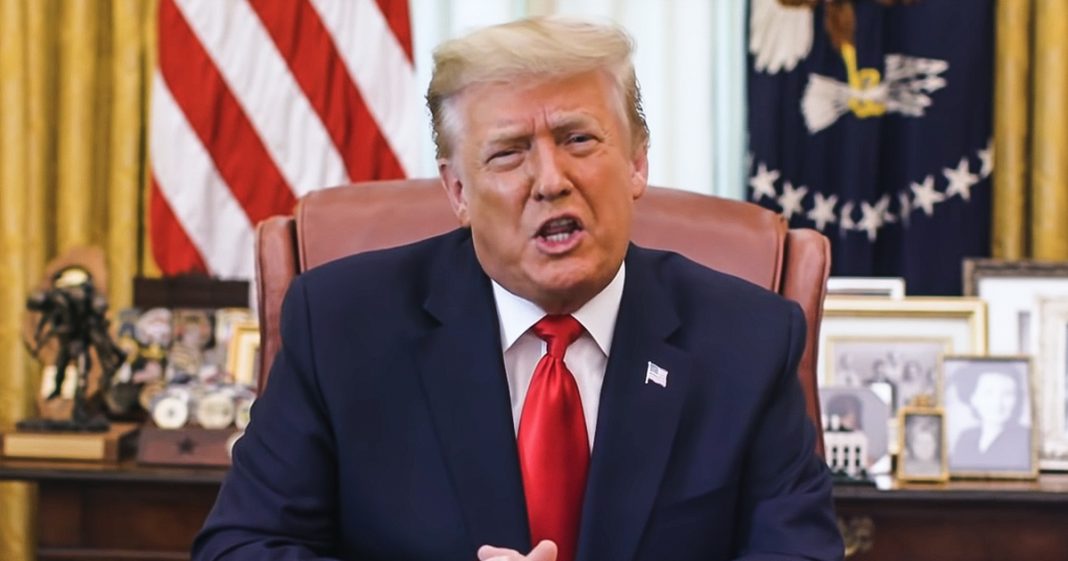 After the Supreme Court dealt the final blow to right wing election challenges last week, hardcore conservatives took to Parler to air their grievances. And by air their grievances, we mean they literally called for a new civil war. Republicans are not taking Trump’s loss lightly, and if these loons aren’t deprogrammed from the Trump cult, this country could be in real trouble in the future. Ring of Fire’s Farron Cousins discusses this.

If you thought what happened over the weekend at the, uh, stop, the steel rally in Washington, D C was intense. Just where do you see what was happening over on parlor parlor? For those of you who aren’t familiar with it is the right wing alternative to Twitter, you know, cause it’s all about free speech and freedom of expression and a bunch of right-wingers went over there and they’re just among amongst themselves. Uh, but over the weekend, after the SCOTUS ruled against Texas attorney general, Ken Paxton parlor, uh, suffered a collective meltdown and the conservatives over there actually began calling for a new civil war because they’re just so off the Donald Trump doesn’t get to be president again. Um, this is according to the new civil rights movement. These are some of the parlor posts that they curated here. So I just have to read a couple time for succession, not secession succession, because you know, if even the GOP majority Supreme court won’t hear the citizen’s claims of corruption in the election process, then we need to create our own separate country from all of those that cheat us out of our given rights.

Here’s another one I’m effing, raging Patriots do not allow those dirty thieving Democrats to take this election from our one and only hero president Donald J. Trump. If he sold out Supreme court, if he sold out Supreme court, won’t stand up for DJT. Then we must boycott the runoff election to show these, uh, lots of profanity Republicans, how much Trump will not let this stand. There is no way by newbie inaugurated the enemies of our nation to not be allowed to take over its government. This Is the reason we have a military. Are we going to just sit back in our La-Z-Boy recliners and whine about this? Or are we going to stand up and take action? It’s time. Uh, Trump needs to declare war. We were under attack insurrection act time, time to call in the crackin Marshall law, but it’s spelled like Marshall, the name, um, listen, this would be funny if it weren’t so crazy, right? You know, these are the kinds of things that liberals would make up to mock Trump’s supporters. But these are actually real posts from real conservatives on parlor. Our hero TRO woo.

Well, we can’t let us out of the military. Y’all people need help. You really legitimately honest to God, not trying to mock you need mental help. We have a very severe mental health crisis in the United States right now. And I am talking about the Trump supporters, these hardcore of personality, willing to lay down their lives and destroy the United States for Donald Jack off Trump. I’m assuming that’s what the J stands for. That’s what we’re dealing with in this country right now, folks, these people are sane and it’s unfortunate for them and they need it. You help. That’s what I see when I see each one of these posts, it’s not to mock them. It’s because each and every one of these is a crisis for help. And they need this help.

These are the kinds of people. These are the kinds of people who go out and do unspeakable acts. If they don’t get the help that they need, right? These people have lost their grip on reality. They believe that Donald J. Trump is somehow the real savior that they have been waiting their entire lives for. Apparently this has to stop. These people have to be deprogrammed. And the only way to do that is to get them in the hands of skilled and qualified mental health professionals. As soon as possible, we’re starting to see violence at the stop. The steel rally people were getting stabbed. Okay. This is not hyperbole to think that these people are going to go psychotic in a crowd. One day, they already have, this is a mental health issue that has to be addressed. And that needs to be one of the first things Joe Biden does when he gets sworn in, in January.