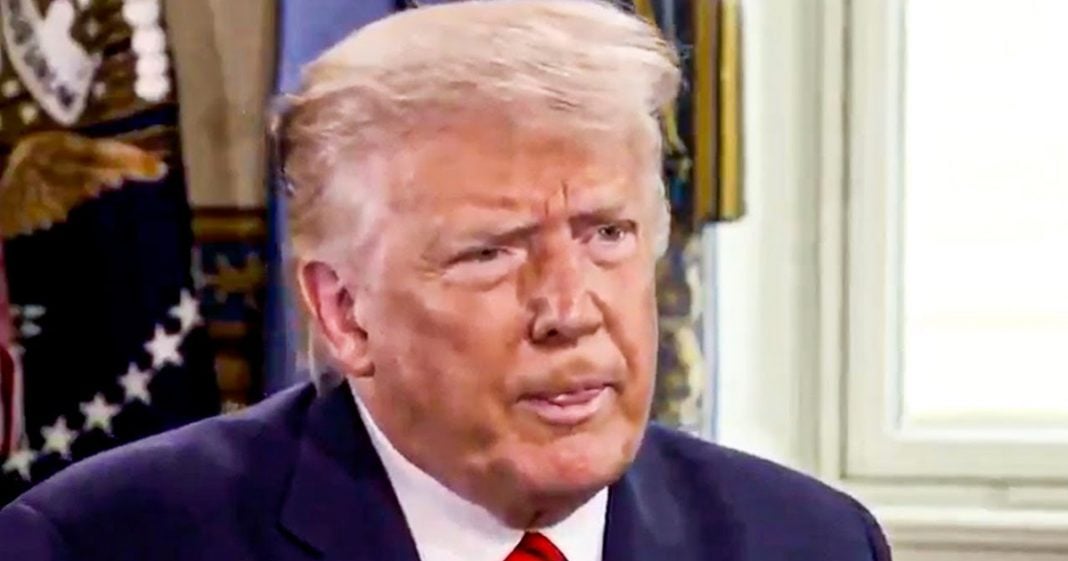 Donald Trump’s claims of fraud were never based in reality, but most of the Republican Party has been living in the area outside reality for quite some time. But they don’t need facts and evidence when it comes to things like voter suppression, and Republicans across the country are now saying that they need to use the “evidence” of voter fraud that Trump has pointed out to further curtail voting rights in their home states. Ring of Fire’s Farron Cousins explains what’s happening.

While most of us who live in reality understand that Donald Trump’s claims of voter fraud are themselves fraudulent. Uh, the Republican party doesn’t necessarily think so, or at least they’re pretending to not think that these things are fraudulent so that they can use them as an excuse to further curtail voting rights here in the United States. Uh, as we have already seen the state of Georgia has announced that they’re cutting back on the number of early voting locations for the Senate runoff happening in January. The early voting actually starts on Monday the 14th. So we’re like right there at it. And they’ve already announced that, Hey, we’re going to cut back, uh, the number of early voting locations in predominantly black and Latino areas.

So good luck. Um, and they’re doing it based on all of these ridiculous claims of fraud. Um, as Ari Berman writing for mother Jones points out, you have a Senator John Barrasso from Wyoming who said, uh, when you hear reports like that, of what’s happening in Georgia, it makes your blood boil. This sounds like fraud. People need to be arrested here at shakes people’s faith in the process. And that’s the point. It shakes their faith in the process. See the real goal here was never to actually expose fraud and prove fraud and overturn the election results. It was to as the, there just says, shake people’s faith in the process, that’s it, that’s all they had to do. And now we’re going to see as Berman points out, a flurry of new attacks on voting rights here in the United States, all of which will be based on Donald Trump’s fraudulent claims of fraud. What we’re going to see as Republicans actively try to curtail as much as possible early voting.

Wow. Because of the fraud, That’s the point of all of this. And unfortunately it has a very good chance of succeeding. Unlike Donald Trump’s legal challenges, he’s now lost over 50 with his elite Strikeforce he calls them. So he’s losing the battles, But winning the war. And that’s what we need to remember. We, on the other side here, we’re winning the battles. Great. We are losing the overall war because they have shaken the faith in the system. And that’s the problem. These Republicans, these people who legitimately out there think that this election was stolen. They’re always going to think that in less, we go out there and actively try to correct them. Some of them there’s no reaching, but we have to get it to a point where most of these Republicans understand that there was no theft. There was no fraud. There was no shenanigans or any kind of weird things happening. He just lost because people fricking hate him. If we can’t get most of the Republicans to that point, they are gladly going to sacrifice their own rights to these Republicans, to scale back our voting rights and suppress more voters. That is what is on the immediate horizon because of Trump’s claims.