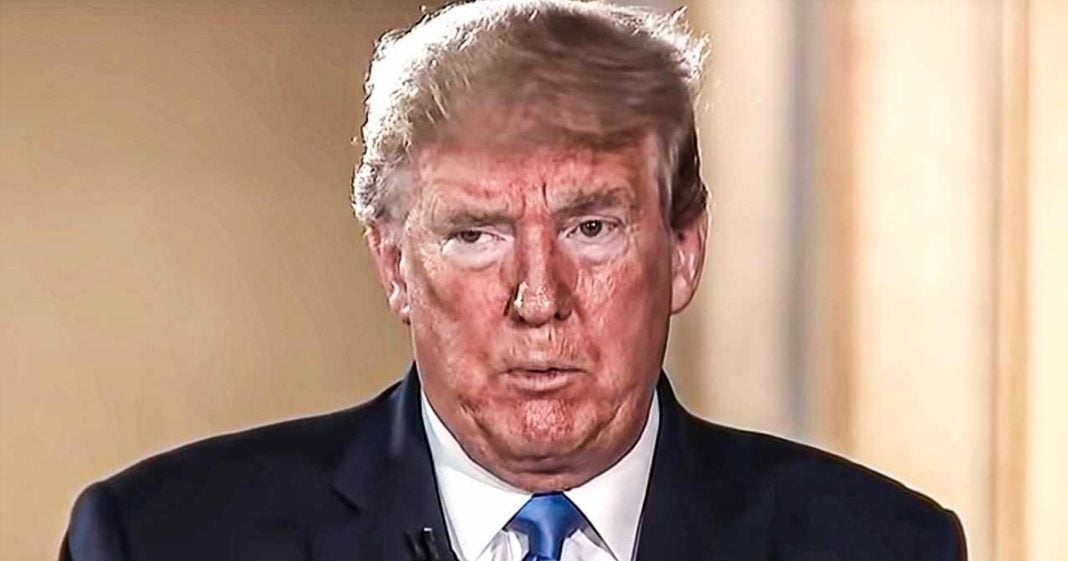 Donald Trump attempted to throw a “vaccine summit” at the White House this week, but none of the drug companies involved in the development of the COVID vaccines wanted to attend. There is plenty of speculation that it may be because they didn’t want Trump taking credit, but there’s likely something else at play here, and Ring of Fire’s Farron Cousins digs into the real reason nobody wanted to go to Trump’s party.

On Tuesday of this week, Donald Trump was hoping, hoping to host what they were calling a vaccine summit at the white house, where most likely the president was going to take full credit for all of the vaccines that are a rapidly being approved or submitted for approval here in the United States to deal with COVID-19. He asked executives from both Pfizer and Madonna, the two leading, uh, vaccine developers to show up at the white house. We’re going to do this little press thing. It’s going to be great. It’s going to be like a little party. And both companies said, nah, nah, dude, we don’t want to come to your little vaccine party. And there’s obviously several reasons why they would say no. The first is most obvious. Donald Trump has been taking credit for these vaccines that he has had absolutely nothing to do with for quite some time.

Now Kaylee McInerney white house press secretary. When as far as to not just suggest they should be called the Trump vaccines. But to say that they are the Trump vaccines. So why would these executives want to go to a white house and watch this dude who wasn’t involved take credit for their work? I need to be honest though, the executives were really involved in it. Either the scientists were, you know, those are the people that we should be, you know, lifting up on our shoulders, not the executives to hell with those, but here’s the thing I think it actually has less to do with them, not wanting Trump to take credit and more to do with the fact that these vaccine companies, these drug companies let’s call them what they are. These drug companies don’t want to seem partisan. Now drug companies give a ton of money to Republicans.

Drug companies also give a tone of money to Democrats and they like to keep it that way much like the banking industry. They like to kind of spread their money around to everybody. So that way, no matter who wins, if it’s the left or the right, they’re in good with them, we’ve given your money where your friends it’s where your body’s, you don’t want to do something rash, like put price controls on us. Woof, that would certainly be bad. That would be bad for, uh, for business. For us, us, your friends, us, your friends who were paying your campaign pills. Why would you want to do that? So if these drug companies had showed up and rubbed elbows and shaken hands and the, you know, got pictures with Donald Trump, suddenly that’s going to make Democrats a little unhappy and that would give them a reason to tell the public look, they’re in bed with Trump.

We need to go after them. Now we need to maybe put some price controls. I guarantee you, the topic [inaudible] of being associated with Donald Trump is why they didn’t want to go again less to do with him taking credit for their scientists work and more to do with the fact that they don’t want to off the incoming administration because they know that the entire country hates them. And we hate them because they gouge us on prices. They don’t gouge other countries because other have controls in place. And we could put those same controls in place. Here in the United States, drug industry profits would go down a bit, but they would still be billions and billions and billions in profits every year. Like all that would mean is that, Hey, you have less fun money to give to your CEO and your shareholders. We’re already paying for most of your research anyway.

So, you know, that’s what this is about. It’s not about him taking credit and them not wanting to be a part of it. It’s about them not wanting to appear buddy, buddy, with toxic Trump as a new democratic administration comes in on the heels of a public that already hates them. They have to try to play it cool or else they know it’s going to cost them a lot of money, money that it should cost them. Anyway, it doesn’t matter who they’re shaking hands with. It doesn’t matter who they’re partying with. These companies need to be reigned in or else people in the United States will have to continue making the choices between food and prescription drugs.