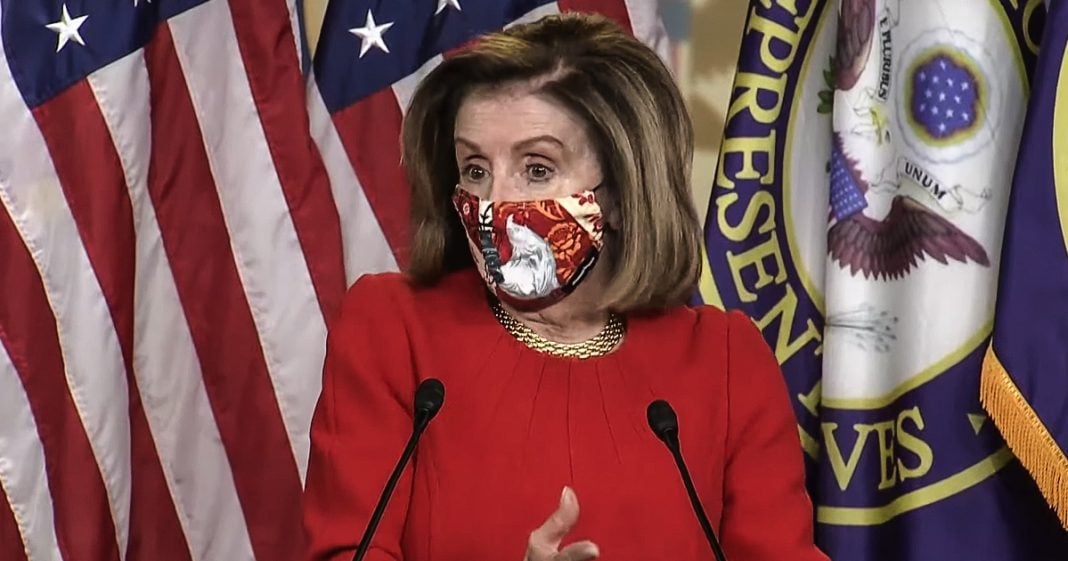 The reason why nothing ever fundamentally changes in the United States is because the voters keep choosing the same people over and over again. They seem to have an undeserved loyalty to politicians who continue to ignore their cries for help. We have to end the cycle of abuse, and the only way to do that is to support primary challenges and third party candidacies. We can have the country that we need, but only if we break up with our current politicians. Ring of Fire’s Farron Cousins discusses this.

And then they come back and two years or six years, depending on which branch they’re serving and they say, Aw, gee whiz. I wasn’t able to get it all done. I am sorry that actually didn’t do any of it. But, uh, you know, give me another term. And I swear to God, I’m going to go there and I’m going to get this done because I am a Democrat or I am a Republican. And if you vote for the other people or you let them win, they’re going to destroy your way of life. And people say, well, you suck. They suck more though. So I guess you get my vote and so on and so forth and round and round and round we go. And obviously we have talked about this plenty of times in the past, that is why Joe Biden won the election. But what set me off on here, uh, was Robert Rice just said, you know, Joe Biden, uh, has pledged. He’s going to take on structural inequality. You know, the structural problems that cause income inequality here in the United States. And he said, we have to hold him to it. And he’s right. A hundred percent. But, but that got me thinking like we never do that. We never do the follow-up. We vote for people. We give them money, we support their campaigns.

And then that, then we back off and we pretend like politics. Isn’t a 24 hour, seven day a week event. You know, we, me, everybody else doing this, everybody else at ring of fire, we follow this crap all day. Every day, constantly nonstop. It’s our jobs. It’s what we do. We’re good at it. We enjoy it sometimes. But the average everyday person out there does not, you know, the election is over now. People aren’t going to be paying as much attention anymore. Trump’s not in office. People won’t be paying as much attention to the executive branch anymore because it’s not a reality show. That’s not good. The level of attention that people paid to during Donald Trump’s reign needs to stay that way. Oh, it may not be as exciting, but I guarantee you it’ll still you off just as much. And if you’re not getting off, then you’re not paying attention. If you think it truly is just left versus right. And all that matters is a win or a loss, your wrong. We have to start holding our own people accountable.

Nancy Pelosi should never have won reelection at all, but she did. Now she’s back in place as another ineffective term of speaker of the house, doing nothing. You know, th this is ridiculous. Other members of Congress, Joe Manchin of all people, come on, stop supporting these people who don’t do anything to make your life better. And it is ridiculous. Yeah. That we end up getting held hostage by some of these politicians. I don’t have the luxury of being able to vote against Nancy Pelosi or even vote for her because I don’t live in her district. I’m on the other side of the country here yet. The decision of those voters in her district, her very wealthy district, um, what they vote for has a direct effect on me now. However, what I vote for has no effect on them. How’s that fair? How’s that workout.

Nothing makes sense. And I think that’s the overall point I’m trying to get at now. Nothing makes any sense. This entire system needs to be torn down because it doesn’t work for anybody. Unless of course, you’re in that top 1%, it works great for you. You are doing better than you’ve ever done. Statistically, you are the rest of us. We just keep getting shat upon. That’s the only thing that trickles down. And at this point, we really have only ourselves to blame because we just keep putting the same old, same old in power and expecting something different to magically materialize. It hasn’t so far. And we need to realize that it never will stop voting for the same people, every single election. And maybe eventually we’ll find a good one. Just like we did with Bernie Sanders, ed Markey, AOC, Rashida Talib, Alano Mar Ayanna Presley, Elizabeth Warren. Those are good ones. [inaudible] good ones. But if we keep picking the same crappy ones, we’re going to leave good ones. Like those people out there never to be elected, move on. Don’t be afraid to move on, break up with your politician folks in that abusive relationship. And I promise you, you keep looking, we will find something better.