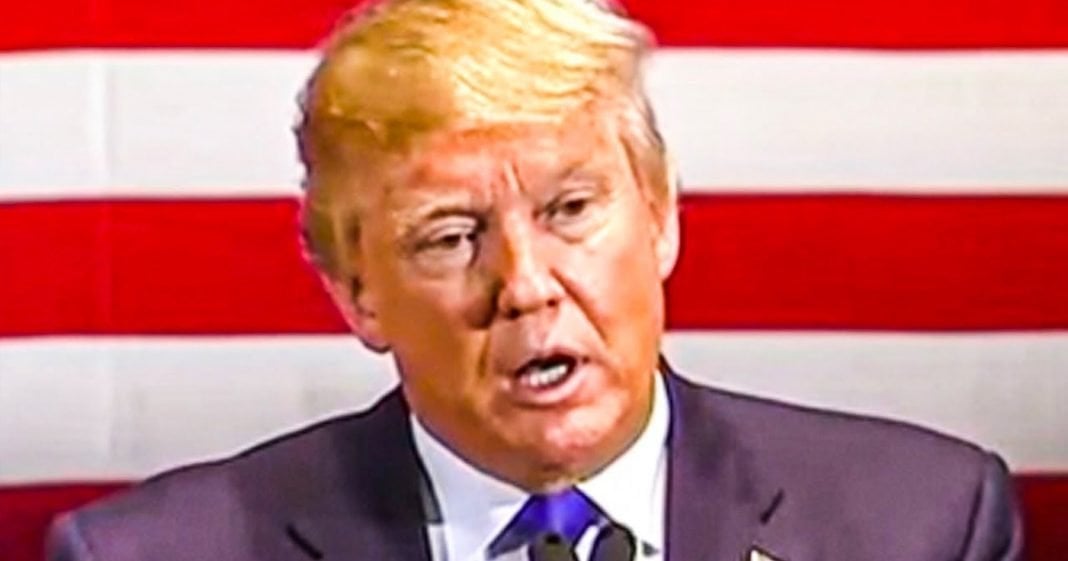 Donald Trump’s ongoing refusal to publicly admit that he lost the 2020 election and his continued legal battles are preventing the Republican Party from looking ahead to the 2024 Presidential election. Even as we all suffer from election fatigue, we have to remember that these political parties are always thinking of the next race, and Republicans can’t move forward with new candidates until Trump is out of the picture. Ring of Fire’s Farron Cousins explains what’s happening.

The Republican party right now is kind of a spinning its wheels. It doesn’t know how to move forward because Donald Trump is not allowing it to move forward. Here’s what I mean. Um, as much as we’re all sick and tired of the presidential election, not just because it got dragged out for so long with the democratic primary and all of that. And then continuing, even after the election, we’re still dealing with the election. Uh, but political parties always have to think about the next one. As soon as one ends, you’re already in the next slide. Michael. So Republicans would ordinarily, since they lost be thinking ahead to 2020 for the people you want to run for president on the Republican ticket in 2024, they already know like they know this is what they want to do. This is what they’re going to do. They want to test the waters.

They want to start making visits to Iowa because some of them already had been a couple of months ago, but because Donald Trump insists on litigating the results of the 2020 presidential election insisting that he has not lost yet, even though everybody knows he has, except for his base, that is preventing the Republican party from being able to move forward. Not only that, but see a campaign has to either be running to keep its money, or it has to liquidate, you know, funnel it into a super pack or any kind of a thing like that. Give it back to the party. But the party itself, the money they have, they can keep it forever and use it for whatever comes up. But right now the Republican party is having to hemorrhage cash, millions of dollars to pay for some of these legal battles that Trump is fighting.

He’s paying for some, the RNC is paying for others. So they’re losing money that they would otherwise be putting towards. I don’t know, maybe a Georgia Senate runoff, maybe a 20, 24, Ted Cruz, Nikki Haley presidential ticket. That’s a terrifying thought folks. But as long as Trump is out there saying he didn’t lose, the Republican party cannot do that. And eventually this is going to come back to bite them. We do have Republicans right now that it’s very obvious. They want to run for president Ted Cruz. Tom cotton are right there at the top of the list. I know the polls are saying Trump Jr. And Mike Pence, um, are polling at the top. Uh, it’s not either of them. Trust me. I don’t think it’s either of them. Mike Pence does not have the charisma to carry a presidential campaign. And, uh, Trump Jr.

Does not yet have the discipline of his father, nor does he have the inflammatory nature of his father. He’s working on it. He’s going to be there eventually, but he have it yet. So I would consider both of them out of it. Ted Cruz on the other hand can be as crazy as Trump, but more disciplined. Like he can project. Trump’s crazy while seeming like he doesn’t like you don’t realize you just got a dose of Ted Cruz crazy, but she did. That’s where Ted Cruz is dangerous. And I think he’s one of the most dangerous Tom cotton is also somebody that scares me. Josh, Holly, somebody who scares me, Nikki Haley. She is somebody who could absolutely run a very successful campaign. So you have lots of these individuals who would already essentially hit the ground running and they can’t because of Donald Trump. So eventually something’s gonna, uh, excuse me, something’s going to have to happen.

Is Donald Trump going to eventually say, okay, it’s over an amount and I’m not running in 2024. Cause that’s the other thing these people have to now wait on, are you running in 20, 24? Are you not? And I have to say, this actually hurts both parties. The longer that Republicans are able to sit out the worse it is for Democrats, because Democrats got to start doing some opposition research. Democrats got to start coming up with some attacks against these individuals. Oh sure. We’ve got plenty against Trump. If he runs, don’t worry about that. But what happens if some kind of GOP outsider who we’re not even thinking of right now decides to throw their hat into the ring, we get caught on our heels. It’s going to take a while to compile all of this, you know, attack that we need to have against this individual.

So it hurts us. And again, it hurts the Republicans because if you want to have some kind of outsider come out there and you don’t want to do a cruise or a Nikki Haley, they have to start getting exposure. National exposure. People have to know who they are. Otherwise, you’re going to end up with a lot of the, uh, 2016 Bernie Sanders problem. And a lot of the country will say, Hey, I mean, he seems great, but I really don’t know him. Cause I don’t pay that much attention to politics. So who is this person? That’s the problem the Republicans are facing. So everybody, the whole political spectrum basically is being put on hold because Donald Trump can’t stop throwing temper tantrums.