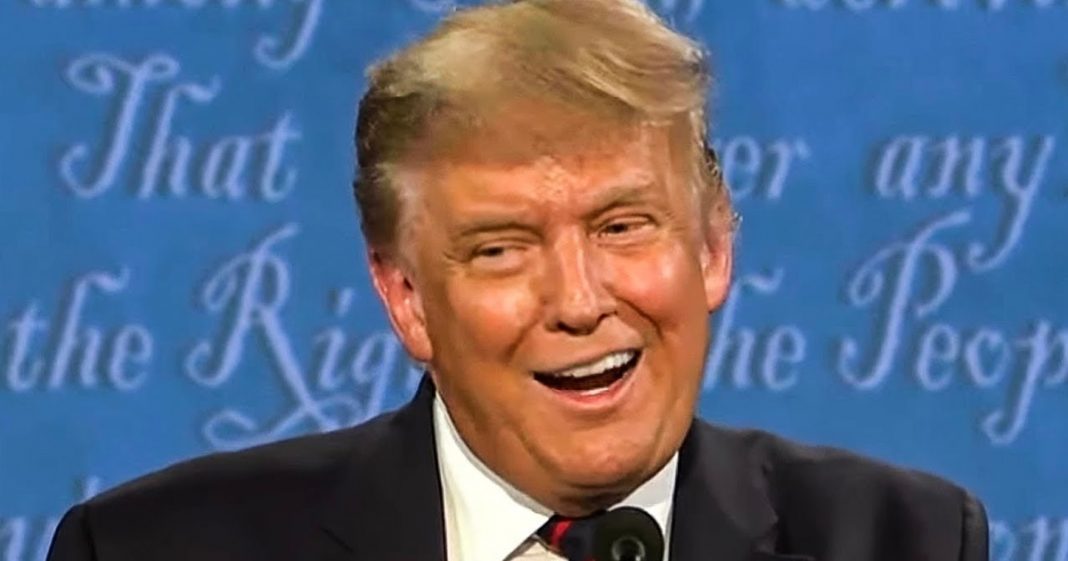 Media pundits are all speculating that the ongoing rift in the Republican Party is good for Democrats because it could hand them control of the Senate. But the long run implications of this fight are horrible for both the Democrats and the Republicans. This could lead to a party fracture that could see moderate Republicans overtaking the Democratic Party, leaving progressives without a political home and the two major parties both being right of center. Ring of Fire’s Farron Cousins explains what could happen.

The general consensus right now among the pundit class is that this ongoing GOP civil war that’s taking place between the regular Republicans and the manga crowd is somehow going to benefit the democratic party. And they say that because if there is this rift in the Republicans, uh, that reports are saying there is then that might help the Democrats win the two Senate seats down there in Georgia, which would give them control of the Senate. They’d also have the house in the white house. They would be unstoppable except that they would only have a one vote advantage in the Senate. And you’ve got enough corporate Democrats to make it to where you have. Republicans would basically still have control. They just wouldn’t be leading the committees. So anyway, still short run. Good for Democrats. Right? But see therein lies the problem. This pundit class, the super, super wealthy consultant class, the people who get paid the big bucks to think about politics.

So we don’t have to think I can’t stand that class. Um, they don’t think beyond a few weeks from now few months from now, even they’re just looking at the immediate future saying this fight in the Republican party is good for us. It’s so not Democrats. It is so not good for you. In fact, this ongoing feud in the Republican party, depending on the outcome, which is only one of two things like 50% of the possible outcomes, mean the complete and total destruction of the democratic party. As we know it, here’s what I mean two possible outcomes. One first outcome is that it’s all for show and that at the end of the day, the Republican party re coalesces the manga crowd, the regular Republican crowd, and they just become the Republicans again. That’s the one possibility. The other possibility is that the civil war continues, continues to create this massive rift.

The manga crowd becomes the new Republican party and these Republicans say, well, now we don’t have a political home. And then they look over to the Democrats and they say, Hey, these folks have already welcomed in people like George Conway and Rick Wilson and John Casick, they’re already starting to move in the direction where we want to be. So let’s go hang with them and we’ll just keep pushing them further to the right. So then the democratic party, which under Joe Biden and based on the people he is putting in positions of power is going to continue moving to the right. And that’s going to look a lot more welcoming to these disaffected Republicans. And the more of those we take on the further, the democratic party moves to the right. So then you end up with the Democrats and the Republicans, the new Republicans who are both right of center, the Progressive’s left, what are we left with?

Where do we go? Do we start our own party? That would be ideal. It would be ideal if everybody, you know, if both parties split into two factions, that is what we actually need to happen. But unfortunately, I don’t even see that as a possibility because both parties are too scared to do that. Now it would make sense. Wouldn’t it. If you had your far right, your right, your middle, which has the Democrats, and then you’re left, that’s where we could be, but that’s not where we’re going to be. We’re always going to be stuck with this two-party idiotic system, until something comes along and dramatically shakes things up. And as long as we’re stuck with this two party system, I am afraid that the democratic party is going to keep being pushed to the right. Right. And that’s what these pundits missed. Sure. Republic, because fighting one another, it’s going to be great for Democrats up until about a month from now, after that all hell breaks loose.