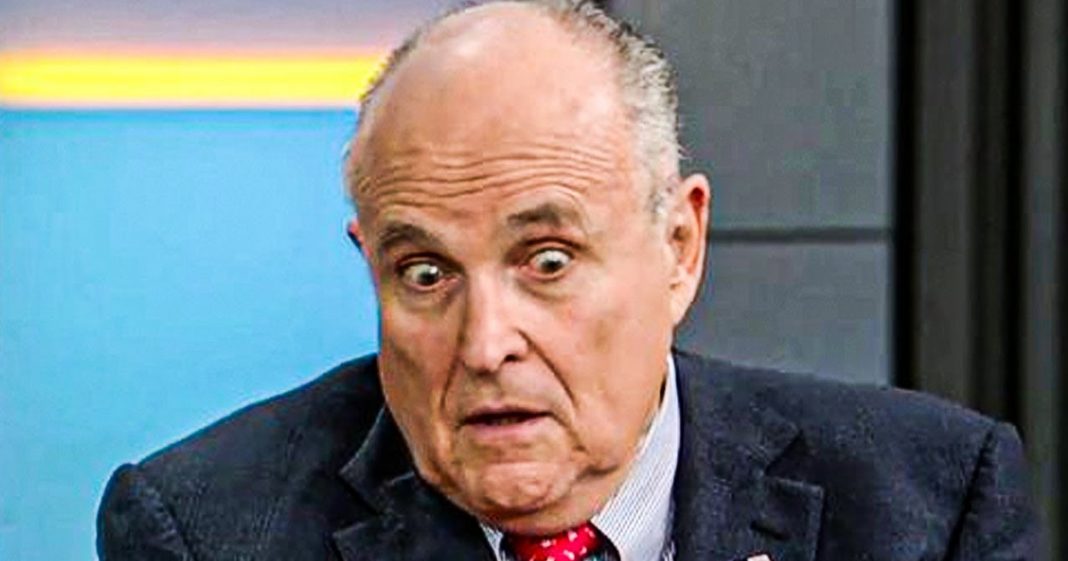 More than 1,500 attorneys across the country have signed onto a letter from the group Lawyers Defending American Democracy, asking for justice against Donald Trump’s legal team for knowingly filing frivolous and fraudulent election lawsuits. The group maintains that Trump’s lawyers have abused the judicial process, and also subverted our democratic processes with these filings that they know are designed to fail, and that this is illegal in most of the country anyway, so bring on the discipline. Ring of Fire’s Farron Cousins explains what’s happening.

On Monday of this week, the group lawyers defending American democracy penned an open letter that was since signed by more than 1500 attorneys across the country, demanding sanctions against Donald Trump’s legal team, uh, for knowingly filing fake and fraudulent lawsuits, and basically using the judicial process to try to undermine democracy, uh, which is exactly what happened. Look, we have talked about this plenty of times in the past month, the fact that it is actually illegal to file a knowingly false lawsuit. You can be disbarred for that. You can be disciplined for that even arrested in some areas, depending on the law. And yet that hasn’t stopped Donald Trump’s legal team from filing dozens and dozens and dozens of lawsuits. And at the time of this letter, they had already lost three dozen of them. 36 lawsuits lost because they don’t have a case. They didn’t have a case in Georgia.

They didn’t have one in Arizona, Nevada, Michigan, Wisconsin, Pennsylvania, anywhere. They had nothing. They had no evidence. They were repeatedly asked by the courts. Where’s your evidence. They couldn’t get it. All we have is affidavits. And of course the one woman that Rudy Giuliani brought into that city council meeting, I guess maybe it was, I don’t know, but that’s the kind of witness that they, they had, they had affidavits, but they, he lost a lot of them when people said, okay, actually, I’m going to admit that didn’t happen. I lied. They had nothing. And it, this time I, a week or so ago, I did a video saying that lawyers across the country need to get together and disavow these attorneys. As they’re obviously giving lawyers across the country, a bad name, you know, this is exactly the kind of thing that makes people hate lawyers who are already unfortunately a hated group, thanks to smear efforts by the us chamber of commerce, but dig through the radio fire archives to find more on that, we’ve been covering it for over a decade. Nevertheless, these lawyers give other lawyers was a bad name. What these lawyers are doing is effectively illegal, and they know that they are willing to risk their reputation. They were willing to risk their own freedom in the off chance that Donald Trump somehow rewards them. Cause they know, they know they cannot win these cases, but according to reports, Giuliani may or may not be wanting a presidential pardon.

And so he’s got to go out there, embarrass himself, make an entire new generation of Americans who maybe weren’t even alive on nine 11. This is all they know him for. That’s your legacy man. That’s who you are now. That’s what you stand for. This is what you deserve, but these lawyers are right and hopefully more sign onto this letter. States need to take action against these individuals, have a, you know, a Rudy Giuliani, Jenna Ellis, uh, Lynn wood, Sidney Powell, all of them for filing and signing onto these knowingly fraudulent lawsuits. They need to be punished. They need to be disbarred and they should not ever be allowed inside of a courtroom ever again, as an attorney, if they want to go in there as a claimant, as a plaintiff or the defendant. Absolutely. But anything more than that, no, they should have that right. Stripped away from them for what they have done to both our judicial process and our democratic processes.