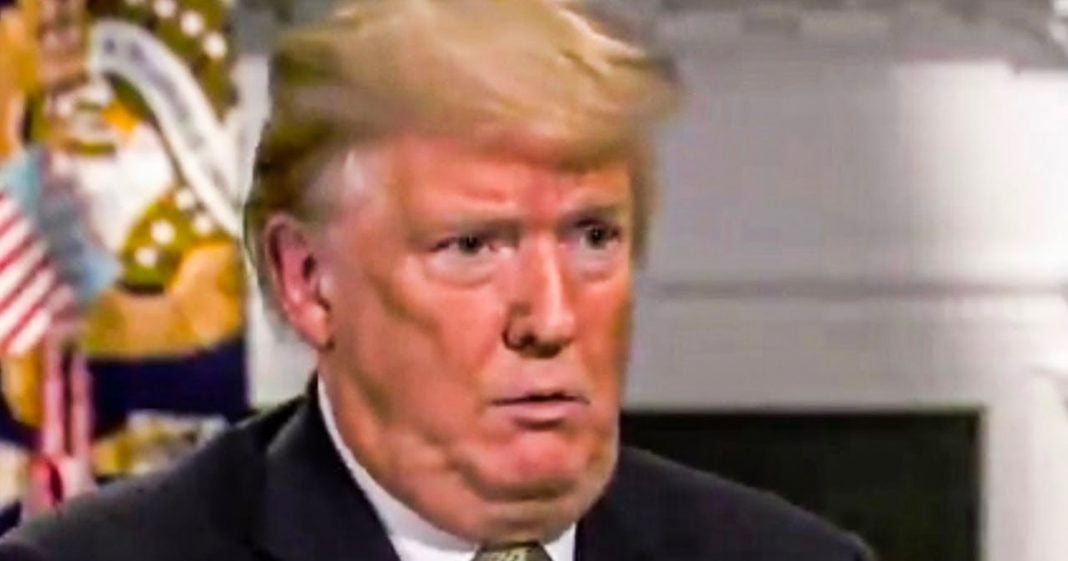 On Twitter this week, Donald Trump whined about the fact that the election was (according to him, but not to evidence) rigged against him, and then asked what kind of country is run this way? His mocking of the way the country is run immediately caught the attention of everyone, considering the fact that Trump is the one who runs it. Ring of Fire’s Farron Cousins discusses this.

It’s fairly safe to say that Donald Trump seems to be losing his mind on Twitter. Uh, just this morning he tweeted out, I’m just trying to stop the world from killing itself. And of course that immediately, uh, drew a lot of attention because that’s a crazy statement to make. And then yesterday tweeted out something, uh, not quite as crazy, but still worthy of being discussed. And that is, he tweeted out if somebody cheated in the election, which the Democrats did, why wouldn’t the election be immediately overturned? How can a country be run like this? I don’t know, man. You tell us, you are literally the guy running the country. And then you’re looking around and being like, Holy crap, who’s running this place. I wouldn’t want to be that guy. Aw crap. Like, is that what just happened to the president of the United States yesterday? Or was it more likely that he was saying like, how can I run the country if it’s like this? Well, I don’t think so. I know some people on Twitter have pointed that out, but honestly, I don’t think so. This guy has never been shy about saying that he does this and he does that and he is this. And he is that. So if he wanted to say, how am I supposed to run a country like this? He would have included the word. I it’s his favorite word. He loves talking about himself. He loves bringing things back to him. No, this was him legitimately saying like, Hey, who’s RA, who’s driving this crazy train.

You are that’s you buddy. But here’s the thing again, for the millionth time, there is no evidence of voter fraud. There was no voter fraud. Let’s put it that way. There was no voter fraud. I think they’ve actually found one instance where a Trump voter voted twice. So all the evidence of voter fraud we have is somebody who supported them. Donald Trump, Jr. Like by the way, in the 2016 election, excuse me. When these three instances of voter fraud occurred in that election, three out of millions, tens of millions, three, all of them were for Donald Trump and all of them were caught. All of them were prosecuted. Like it’s pretty easy to do that. There is not widespread fraud. The president is making things up to make himself feel better to make his base think that he is not giving up and to, I guess just generally off the entire world and show us all what a big giant infant man, baby.

He truly is because that’s what we’re dealing with right now. I’m just joined to stop the world from killing itself. Ooh, hell, can you run a country like this? If you look at this man, and you say that is the epitome of what a man is. That is the man. I want to hitch my wagon to that is the man who I to carry his name on a flag behind my jacked up pickup truck. If you’re the kind of person who says those kinds of things after you’ve watched this man’s infantile behavior, then I think it’s time to go take a visit to your nearest hospital. Go ahead and get yourself a cat scan and let’s see what’s happening in there. Cause I promise It ain’t normal.