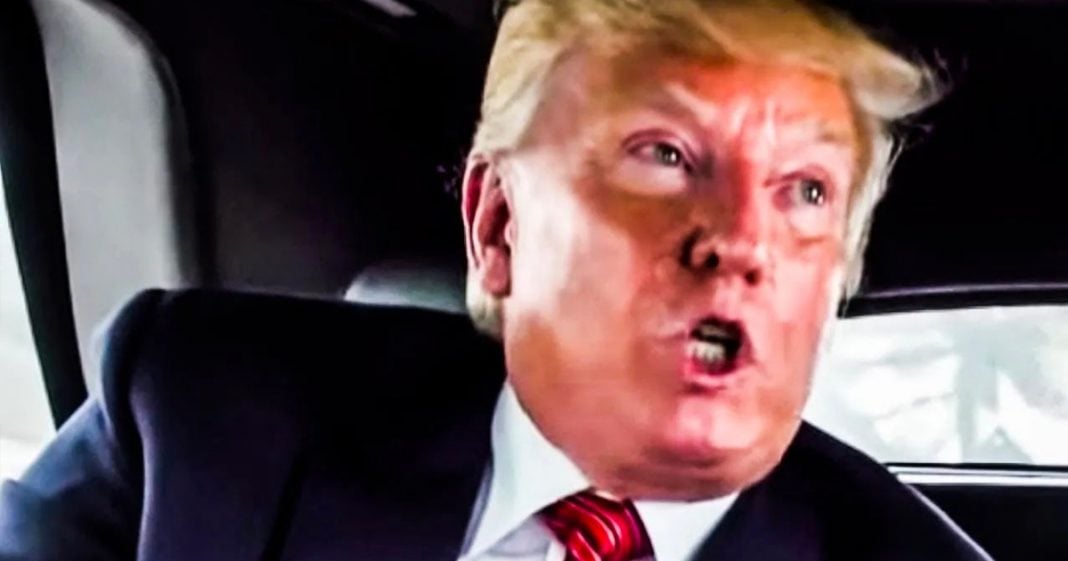 In a “show of strength” this week, the United States flew two massive B-52 bombers over the country of Iran, a sign that tensions coming from the White House have not settled down. Donald Trump is angry and unpredictable, and he would absolutely start a new military conflict if he believed it would hinder the man who took his power from him. Ring of Fire’s Farron Cousins explains what’s happening.

Ever since he lost the election, Donald Trump for one reason or another has decided that attacking Iran is his best course of action. At this point, um, on Thursday yesterday, the United States flew to be 52 age bombers over the Persian Gulf. Uh, as a bit of an attempt to rattle the sabers, to remind Iran, this is what we have, and we’re not afraid to use it. This is from common dreams here, following Thursday’s flight general, Frank McKinsey, head of the U S central command issued a statement boasting of the U S militaries capabilities, warning that quote potential adversaries should understand that no nation on earth is more ready and capable of rapidly deploying additional combat power in the face of any aggression. Now, obviously that doesn’t specifically mention around, but I think the question here is, what the hell are you talking about? I follow the news. Sure. I’m not as great on foreign policy as some other folks out there, but in matters of war and aggression internationally, I tend to pay attention that I have no idea what the hell he is talking about. And this was a publicly issued statement. So if they have Intel that suggests Iran is planning something, why would you make a public showing of it?

That’s typically not what happens. You don’t do a public showing based on private information that you want to keep private. What I’m assuming is happening here is that Donald Trump wants to break as many things as possible before Joe Biden comes into office. And what’s even more terrifying about this is that we know that Joe Biden, you know, is packing his cabinet with people who aren’t exactly. Peaceniks, you know, we’re going to have a guy running the Pentagon who is fresh off the board of directors at Raytheon that doesn’t bode well for middle East relations, as it is throw in another potential attack on Iran in suddenly we’re looking at yet another unwinnable war for absolutely no reason happening in the middle East. And none of us know why, because there is no why let’s get that straight right now. There’s no why. There’s no reason for any of this.

We are not over there to, to spread democracy. We’re not over there to police anybody we’re over there because we want their resources. And we want them to want our resources, which is military equipment. And if somebody gets in the way of that, we gotta take them out. That’s what’s happened. That is us foreign policy in a nutshell, absolutely 100%. That is the simplest way to explain it. But with Iran, love him or hate him. I’m on old care. They’re not doing anything right now that threatens the stability of the United States. Not a thing. We’re the ones who pulled out of the treaty. So if they’re not complying with the treaty, who cares, it doesn’t exist in any form anymore. I mean, yes, it technically exists between other countries, but not with us. We have no say in the matter we, we abdicated that right, to have any control over any of that, to even be a part of it, Joe Biden, when he comes into office, he has to do the right thing and rejoin that treaty immediately. But that makes not even be possible. If Donald Trump does what he continues to threaten to do. If we start dropping bombs over there, if we start firing guns, we’re going to be in it for the long haul, because I don’t see it resolving itself before Biden taking office. And I don’t see Biden’s administration backing off what Trump is very likely to start.