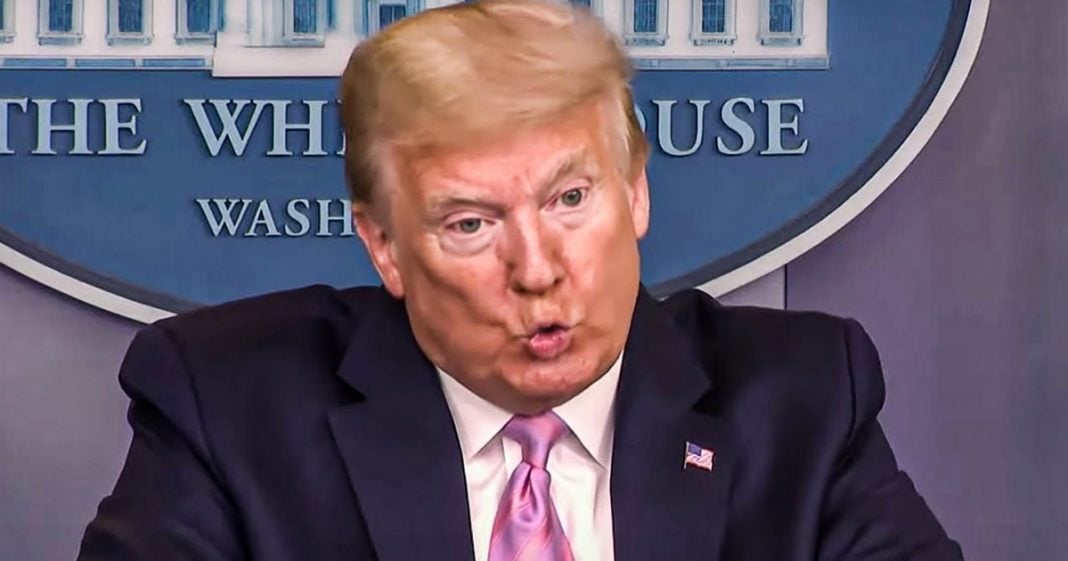 If you ever hear a Republican claiming to love America again, point to the year 2020 as evidence of how much they loathe everything about this country. From the people to the institutions, Republicans have spit on everything this country is supposed to be this year, up to and including yesterday, when more than 100 Republican members of the House signed onto a brief supporting the President’s legal challenge to overturn election results in 4 states. There’s a reason they are doing this, but its the dumbest reason imaginable. Ring of Fire’s Farron Cousins discusses this.

More than 100 Republican members of the us house of representatives, along with 17 additional, um, state attorney generals have now signed on to Texas attorney general, Ken Paxton, his lawsuit, trying to overturn the election results of Georgia, Pennsylvania, Michigan, and Wisconsin, therefore, or thereby giving Donald Trump enough, 12 votes to get a second term. All of them, these individuals know that this lawsuit is designed to fail. They’re also very much aware of the fact that Ken Paxton filed this lawsuit because he is likely going to need a presidential pardon? Dude’s involved in a pretty big scandal down there in Texas. That threatens to not only end his career, but end his freedom by sending him to jail. He wants a pardon. He’s filed this ridiculous lawsuit to be like, Hey Trump, I’m on your side. Pardon me, please. Uh, we’ll see if it happens. I’m sure it will. Nevertheless, 106 Republicans in the house of representatives signed onto a brief saying, yes, I support this. I support sedition because that’s what, this is the attempt to overthrow the government’s decision here or what the government is or what the government does.

That’s weird. I mean, to say the least, right? We’re looking at 106 Republicans who are serving as elected representatives saying I’m cool with overthrowing the constitution, no problems here because the constitution clearly says that each individual state is allowed to determine how their elections are conducted and how they choose their own electors. Texas cannot Sue Georgia. For that, I am surprised this lawsuit was even allowed to, you know, be filed. That’s how stupid it is. And sure we have a right wing pact Supreme court. I still don’t think for a second. They’re going to say, okay, let’s consent. No, they’re not. They’re not. So why like Trump’s going out the door. He’s not going to be empowered anymore. Why are these Republicans saying, Oh, I’m going to risk it all. You know, risk fricking sedition to put my name up there with yours because to these Republicans, Trump’s not going away again.

They don’t think obviously that he is going to get the second term, but they think he is going to remain the GOP King maker for the rest of his life show. If you want to can in Republican politics, you’re going to have to go and kiss the ring of Donald Trump, which would represent a pretty massive shift in the Republican party. Because typically when Republican presidents leave office, they just disappear forever. You know, unless you show back up at some kind of event and you start handing candidate to Michelle Obama, nobody gives a crap. What you do. Most people are just glad that you’re going On. You know, all the Former Republican presidents that have been alive in my lifetime Done that, did they just go away? Trump’s Not going to do that. He is going to stay involved, But here’s the kicker on that.

That’s totally up to you guys. And I don’t think Republicans, the elected officials are smart enough to understand that like he’s only the King maker. If you make him the King maker, right? Like once he leaves you actually have the power, it’s up to you. Like, if you want to say, Oh, now you got to kiss the Trump ring. Then of course you have to kiss the Trump ring. If you all get together and say, that sounds pretty stupid. I’m not going to do it. Then he has no power. He only has as much power as you are willing to give him. That’s, what’s crazy about this whole thing. These Republicans, for the most part, you know, act behind closed doors like, Oh, we can’t stand on me. So horrible. And then publicly, Oh, we love you. We love you. We’ll we’ll risk our whole reputation signing onto this ridiculous lawsuit, your giving him the power and you literally don’t have to do that. But again, I don’t think a single one of you is smart enough to understand that Ted Cruz is doing it. Not because he wants to kiss Trump’s, but because he wants Trump’s base to become the Ted Cruz base, the rest of these [inaudible], I don’t know. They’re just idiots because I don’t understand that 106 against one who has the power. I’ll give you a hint. It’s the one Oh six, but they collectively Among the 106 don’t have enough functioning brain cells to understand that.