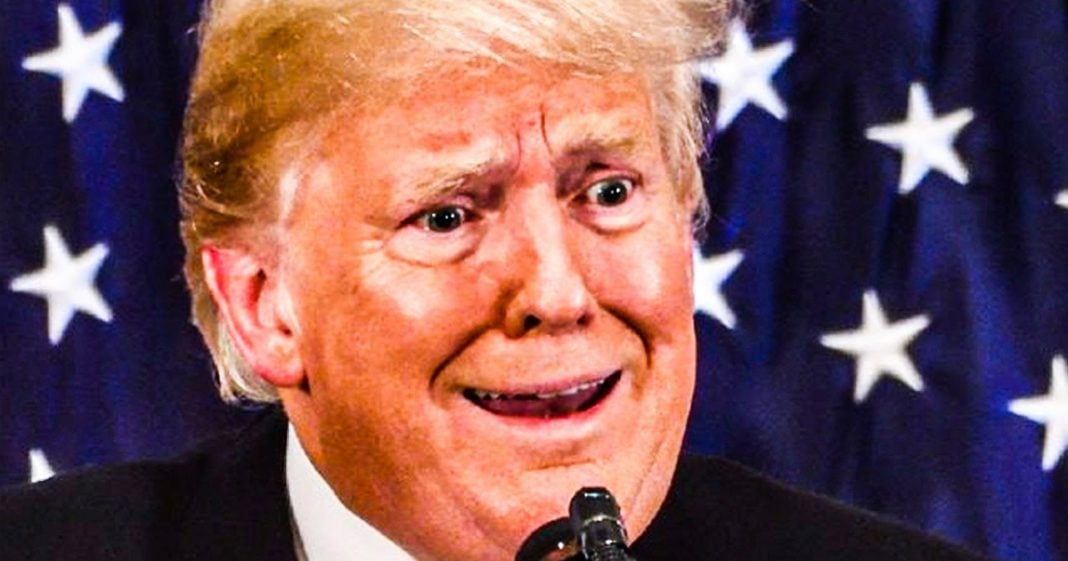 Donald Trump might still be challenging the election in court, but there is nothing that can be done at this point without dismantling the entire United States Constitution. All 50 states have now certified their election results and the electoral college will be voting on Monday. This election is about to be officially over, even though it has really been over for a month now. Ring of Fire’s Farron Cousins discusses this.

If you’re one of those folks who still is kind of worried that maybe Trump is somehow going to overturn the results of the election and get another four years relax. All 50 States have now certified their election results, which means it’s over. It is over. It’s been over by the way for about a month now, but with all 50 States certifying their results. Joe Biden has the electoral votes, the electoral college votes on Monday. Then those get read into the, a joint congressional session on January 6th. Then I guess it’s officially over. But with the state certifying their election results, there’s nothing Trump can do. Even this Texas lawsuit, that’s now joined by 17 other States that cannot change the results. And here’s why, and I feel like this just straight up needs to be explained. And that’s why I’m doing this today. States according to the United States constitution have the sole authority.

Each individual state has the sole authority to determine how their elections are carried out, how they choose their own electors and how the process plays out. So if a state like Pennsylvania wants to expand, mail-in voting, they have the right to do it. If a state says we want to not extend mail-in voting, they have the right, unfortunately, to do that. The only thing that kind of kept some States in line and, you know, reigned in what they were able to do was the voting rights act. But the Supreme court helped to gut that several years ago. So even that little bit of oversight was really moved. And I’m saying all of this to once again, remind you, there is nothing that the Supreme court can do to uncertified what happened in these States because the lawsuit that now Trump is now behind the one that Ted Cruz is apparently allegedly going to argue, says that these States can’t do their elections the way they did.

That’s a lawsuit that’s designed to fail. Like they’re literally walking into the Supreme court, knowing that they worded their argument in such a way that the court has to strike it down. That that’s intentional. That’s not an accident because these States absolutely have the rights according to the constitution to do this. And again, as I’ve repeatedly said, a little dark here, but worst case scenario is that the Supreme court does throw this out. But in order to do that, you essentially have to shred the entire constitution. At which point we don’t even have a functioning country anymore. So nothing matters. It’s pure anarchy and chaos, right? By the way, it means that Trump’s not going to be president for the next four years, at least. So to the bank folks, it’s over relax, deep breath in and exhale. Trump has gone January 20th.