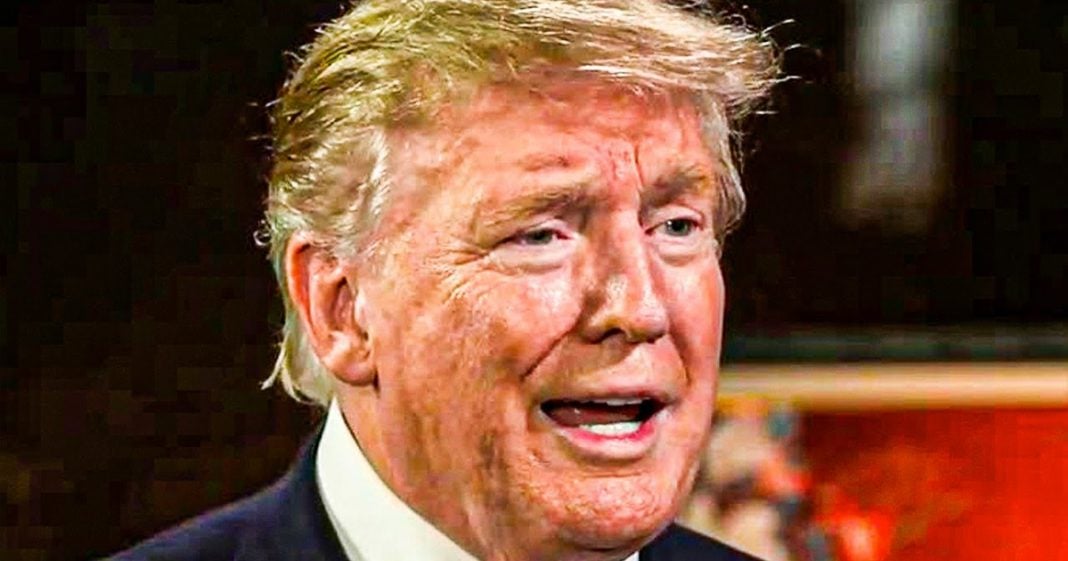 According to a new report from Axios, Donald Trump is trying to pardon “everyone he’s ever talked to,” and he’s offering pardons to people “like Christmas gifts.” Staffers say that he’s even offering pardons to people who don’t want pardons. What does that say about Trump if he feels that everyone around him needs to be pardoned? Ring of Fire’s Farron Cousins discusses the consequences of these pardons, if they actually materialize.

According to a report from Axios this week, a senior Trump administration official has said that the president is offering pardons to everyone as if they were Christmas gifts. Even to people who don’t want pardons, who don’t feel like they would ever even need a presidential. Pardon? Uh, staffers are saying that Trump’s just offering them to everybody. One staffer. When, as far as to say that Trump said he is going to pardon everyone who has ever talked to him. So cool. Um, I wonder if that means that Jacob Wall and Jack Burkman are going to get some Bardens here. I’m sure they’re lobbying pretty hard for it. And honestly, it wouldn’t surprise me if they got them. Uh, here’s the thing. This is what everybody needs to realize here. If you were ever in a position where you could make any crime, your friends committed go away, and then you said every one of my friends, I’m making all your crimes go away.

You cannot be prosecuted for them. Shouldn’t you look in the mirror and be like, Holy crap. I am surrounded by a lot of criminals. What, what, what does that say about you? Right. I think that’s the part that’s missing from these stories is like, if Trump feels like everyone around him needs a pardon. Shouldn’t that tell us that his whole administration has been just one criminal enterprise after another like, Oh, we did this illegal. I’m going to pardon you for it. Oh, don’t worry. I’m going to get you over here to hell. Hey, you did that thing for me. That time. Got you covered Bob. Don’t worry about it. Merry Christmas. That’s what we’re dealing with with this white house right now. And as I’ve said before, unfortunately, there’s literally nothing we can do about it. Um, this is a party, a party, a power that the president has.

He can do it doesn’t even have to be for a specific thing. It’s as I’ve said, plenty of times, he could say you’re pardon? For any federal crime you committed, uh, in a specific timeframe, you know, from January to March, if you committed a federal crime, I hear by pardon? You can be an even longer time for him. That’s actually a Nixon’s pardon? That’s what his was, was a timeframe. Pardon? So he can do it. We just have to sit here and watch, but flip side of that, if he does it, if he pardons all these random people, it’s pretty much an admission that, yeah, I was surrounded by criminals from the start. I mean, who couldn’t swing a dead cat around here without hitting a criminal. And is that really how you want to be remembered? You know, pardons are a double-edged sword just because you’re pardoned doesn’t mean you’re not guilty as hell.

In fact, the judge in the Flynn case came out on Tuesday and reminded people of that. Like, Hey, just because Flynn was pardoned doesn’t mean he didn’t do it. Okay. He’s still guilty. He’s still basically a criminal. He just doesn’t have to serve any time. It, he doesn’t have to go to prison for it anymore. And that is what people are going to remember. Presidential pardons are always a hot button issue. You know, they almost took bill Clinton down for it. You know, that really does hurt a president’s reputation. So we’ll see what happens. You want to pardon everybody? Give them out as Christmas gifts. Hell maybe even hold a raffle. Oops. I’m sorry. You can’t do it for money. Cause then you find yourself under investigation. Like you have already found yourself. So best of luck with the pardon brigade. Hope it doesn’t come back to bite you.