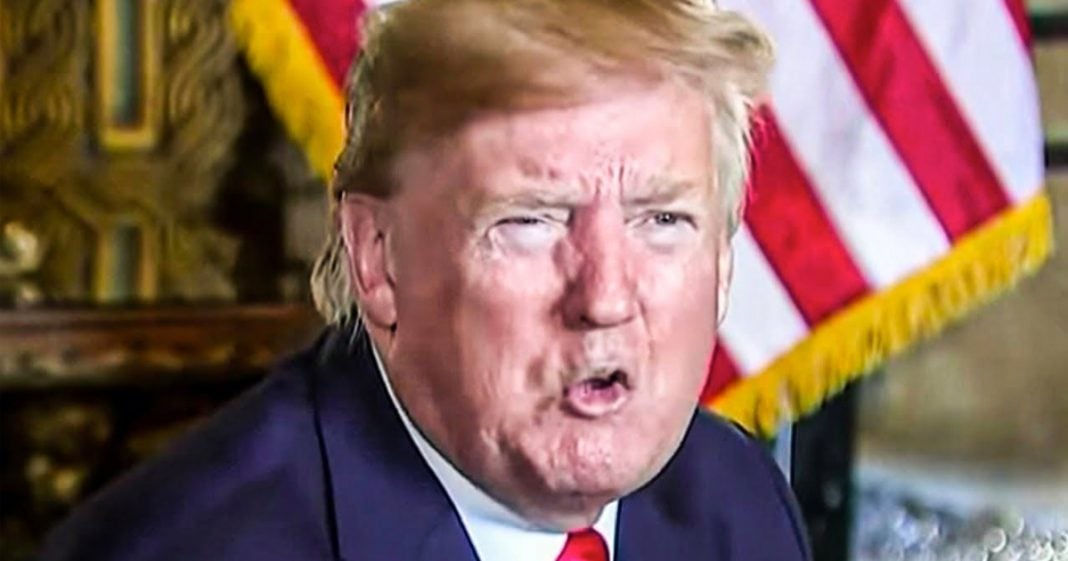 Republicans in Georgia are still trying to be loyal little Republicans, even as they face constant criticism and attacks by Donald Trump. It was announced this week that they would be cutting back the number of early voting locations in 40% of the state’s most populous counties, disproportionately affecting voters of color. This is not an accident, as Republicans understand what is on the line with these Senate runoffs. Ring of Fire’s Farron Cousins discusses this.

The state of Georgia this week announced that they would be cutting back the number of early voting locations in the state, as they prepare for the Senate runoff, uh, officially taking place in January, but early voting starts December Fort teenth. And they want to make sure that as few people as possible vote in these runoffs, because obviously the fate control of the Senate is on the line here. And even though Donald Trump has been relentlessly attacking these Republicans for weeks now, they’re still Republicans and they still want to do whatever it takes to make sure that Republicans retain control of the Senate. Um, so they’re cutting back early voting in 40% of the most populous counties in the States, which of course, according to reports, disproportionately will disenfranchise voters of color, uh, voters from the Latino community African-American voters. They will all have fewer options on where they can go and cast an early ballot in this election.

If there is a silver lining here it is this we have already seen in the state of Georgia, a record number of people, uh, go ahead and request absentee ballots for this Senate runoff. Now that’s good for the Democrats. Obviously these people voting by mail early voting, things like that. That is huge for democratic turnout. Uh, one of the main reasons, by the way that, uh, Democrats were able to take the state of Georgia in the general election, that coupled with, obviously you cannot give her enough credit for this Stacey Abrams efforts to register voters and her massive get out the vote effort that, uh, is what played the biggest role. And she still at it, right? She is still trying to make this happen for the Democrats in the state of Georgia. There are two senators up for reelection, Purdue and Leffler, both involved in some serious questionable stock trading, where it’s fairly obvious at this point that they use their positions to sell stock by stock, make money for themselves.

As the pandemic was raging, as the economy was tanking, they did great. They’re complete Grifters. If you ask me and the state of Georgia wants to send them back to the Senate and they’re willing to suppress as many voters as possible to make that happen. Here’s the thing Donald Trump, obviously for weeks, as I mentioned, he’s been attacking these Republicans in Georgia. He’s been attacking the Georgia voter voting system itself, but there was nothing happening in the state of Georgia that wasn’t done to benefit Donald Trump. It was only through the activism and the sheer number of people who showed up to vote that that state flipped a blue. You know, it was in spite of all of the best efforts of the Republicans who control that state, the voter purges, you know, the, their curtailing of voting hours, early voting locations, and they’re doing it again.

Then the only question is, can Democrats do it again? Can they overcome these hurdles? That Republicans keep throwing at us? Them given what we’ve seen so far? I hope the answer is, yes, I am optimistic about this, but there still plenty of time for Republicans to put more hurdles out there for these individuals. So if you’re in the state of Georgia, early voting starts December 14, get their vote, do what it takes, takes to make sure that you get out there and you send a message to these Republicans. You’re not going to rig the presidential race. You’re not going to rig these runoffs. And when it comes time for your reelection, Brian Kemp and a raffinose burger, your secretary of state, yeah. You guys are going to pay the ultimate price for trying to prevent these Democrats from casting their ballots. And that ultimate price is losing your next election, make your voices heard, and you can make them heard starting December 14th.