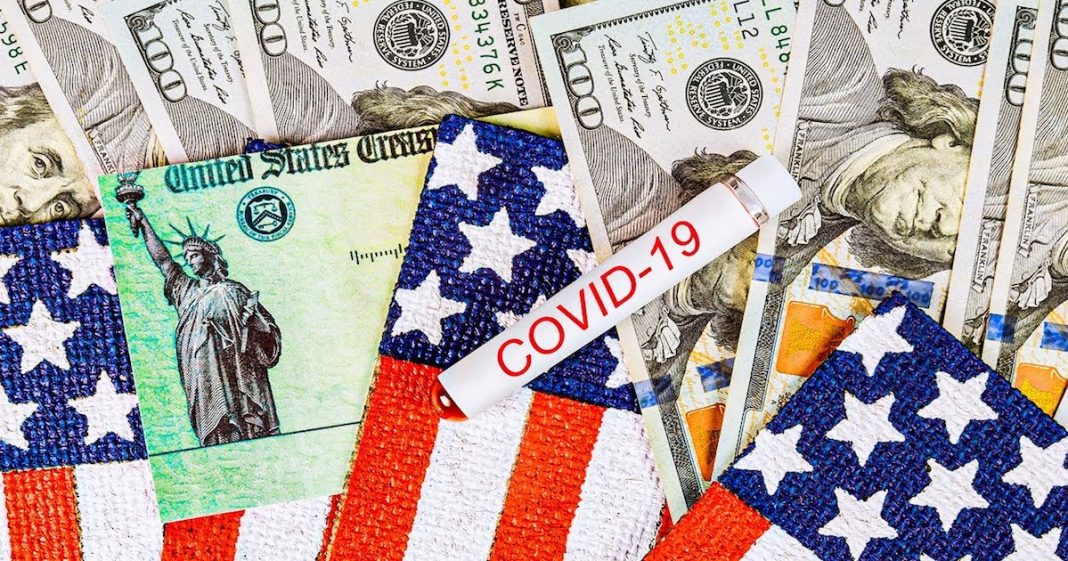 It really is a no-brainer at this point that any politician – Republican or Democrat – who doesn’t support direct stimulus payments to American citizens doesn’t deserve to hold their job anymore. People are suffering, 1 in 4 children are going hungry, and an eviction crisis is right around the corner, and most of our elected officials are telling us that they REFUSE to help us. So YOU need to refuse to help them from this point forward, as Ring of Fire’s Farron Cousins explains.

You know, folks, it isn’t very frequently throughout your life that you’re given many opportunities to look back and say, I remember where I was when blank people have it for the moon landing for when Elvis died for nine 11. But here’s another thing we need to remember. We need to remember not necessarily where we were when blank happened, but we need to remember which members of Congress, the house and the Senate supported stimulus payments to American citizens at this time. Not those who after round and round and round and round and round of negotiations finally said, okay, you can have it. No, I’m talking about those who supported it from the beginning because the next election we have, those should be the only people who get reelected. I don’t care what party they’re from. I don’t care if it’s the most hardcore Republican who says, well, well, I guess we need to have stimulus.

Yeah, people need it. That’s somebody who actually understands what’s happening in this country right now. But there are too many again. Sure. Mostly Republicans, right? Mostly Republicans. But there are still too many Democrats who aren’t fighting for direct stimulus payments. Nancy Pelosi, who at the end of last week famously said, well, maybe it’s not that important because Joe Biden believes in science, you just lost your job. I hope that statement cost you your job, obviously for the next two years. It won’t, and it didn’t cost you a speakership. It should because you’re horrible. I have gone after Mitch McConnell with the utmost of hatred and vitriol I have, and the disdain I feel for Nancy Pelosi is almost at that same level because folks, she’s not that different. She really in truly is not. And that’s why I’m telling everyone. Remember, remember which representatives were out there from day one saying pay people to not fall into the economic abyss, send them a $1,200. Check some people out there saying, send them a $2,000 check every single month and make it retroactive. Essentially send everybody $16,000 today and then continue to give them $2,000 a month until the pandemic is over.

And by the way, everyone calling for this is a Democrat. But we have to remember the Democrats who did not support this. And we have to say, your time is up. You’re not going back. We’re not going to put you back in power. We needed you. And that’s the thing. People understand this. Look around you look around this country. People are screaming out there, crying out. We need help. It’s not our fault. We’re in this position. This was on the leadership of the federal government. And it is the federal government’s job to fix it, fix us.

And they looked at these people crying out and they said, no, no, you’re on your own. So next time they come to you and they say, I need to run for reelection. I need your money. I need your donation. I need your support. I need your vote. You looked him back in the face. You say no, never again. I will never fall for that. Again. Fool us once. Shame on you, fool us twice. Shame on us. That is the unique situation we are presented with. Now, if you, you vote for any one of these individuals who said no to these direct stimulus payments at a time of an economic recession with an eviction crisis looming right around the corner. And just a couple of weeks, if you vote for them again, you are also part of the problem.