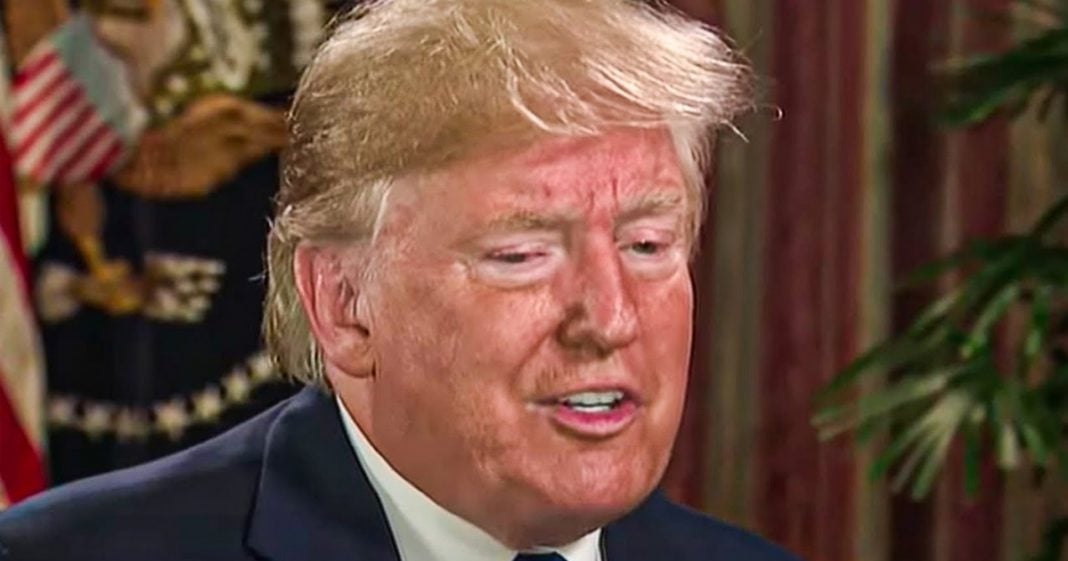 One of the most important facts that has been lost in the shuffle since the election is that most of Donald Trump’s lawsuits would not have given him an electoral victory, even if they had all been successful. In most states, the number of ballots that Trump’s campaign was challenging was actually less than the margin of victory for Biden, meaning that a court victory for Trump would have still been an electoral victory for Biden. Ring of Fire’s Farron Cousins explains what has been happening this whole time.

You know, what’s really interesting to me is the fact that for more than a month now we have watched Donald Trump file his election challenges. Uh, they may all be ending now because Rudy Giuliani is currently in the hospital with COVID-19. And that may be, you know, the out that Trump needed, uh, to, you know, move aside and say, Oh, I can’t do it now. My guys go. But here’s the thing. If people had been paying attention from day one, they would understand that most of these lawsuits that Donald Trump filed, even if they had been successful, still wouldn’t have overturned the results of the 2020 election. Joe Biden would still be the president elect, even if nearly all of these Trump lawsuits won. Like if Trump had gone to court with the best lawyers and they prevailed and they had the evidence, they said they had, they hadn’t challenged enough votes in most of these States to actually overturn the results like this thing he’s complaining about right now in Georgia with the signature match, your not doing the signature match, you’re not doing the signature match.

Well, first of all, they don’t even need to do that. But second of all, even if they did, that’s not going to overturn the results. And even if you did overturn Georgia Biden still becomes precedent. Just like, I think it was Arizona where they were challenging a lot of votes saying that this number of votes was fraudulent, this many, and they wanted these votes thrown out. Okay, well, Joe Biden won by this many. So even if you threw out this many, Biden’s still would have won the state and I’m using size comparisons because I don’t remember the numbers off the top of my head, but they didn’t challenge the overall margin of victory. They challenged a smaller number. So do you see what I mean, folks in similar things, by the way happened in Michigan, Wisconsin, and Pennsylvania. Sure. They were filing these lawsuits, trying to get things delayed or thrown out, but none of them would have actually switched the results.

And the reason I’m even talking about this today is because it highlights the importance of reading beyond the headlines folks. And I’m sorry, but that is not something you were ever going to get from corporate media. You’re not, you’re not going to tune into MSNBC and watch them talking about the fact that, Hey, these lawsuits really don’t matter. They’re all stupid. Anyway, they’re all fraudulent. But even if they weren’t, it wouldn’t do anything. So honestly like the collective freak out that you’re seeing amongst some on the left, still over Donald Trump, it’s overblown. This guy can’t do anything to stay in office any longer than he already has. January 20th, noon Eastern he’s out of there. And he would have still been out of there. Even if most of these lawsuits roots had been successful, it was never about overturning the results of the election. The point of all of this was for one him to not look weak in front of his supporters and just be like, well, a loss, Joe Biden wins.

No, he couldn’t do that. That would hurt his own ego. And it would hurt his standing with his base. So we had to act like, Oh, Oh no, it was totally stolen from me guys. Ah, somebody do something, Rudy, get on it. Oh no. Now he’s sick. Darn it. Oh man. Uh, well we got robbed. We’ll beat him next time. Yeah. That’s what he was going for. And of course just the simple delay factor of maybe pushing it back a little bit. So we didn’t have to deal with reality because as we all know, reality and Trump have seldom gotten along, but that’s what this was about. It was never, ever about actually turning over the results of the election. It was just giving the illusion that that was possible.