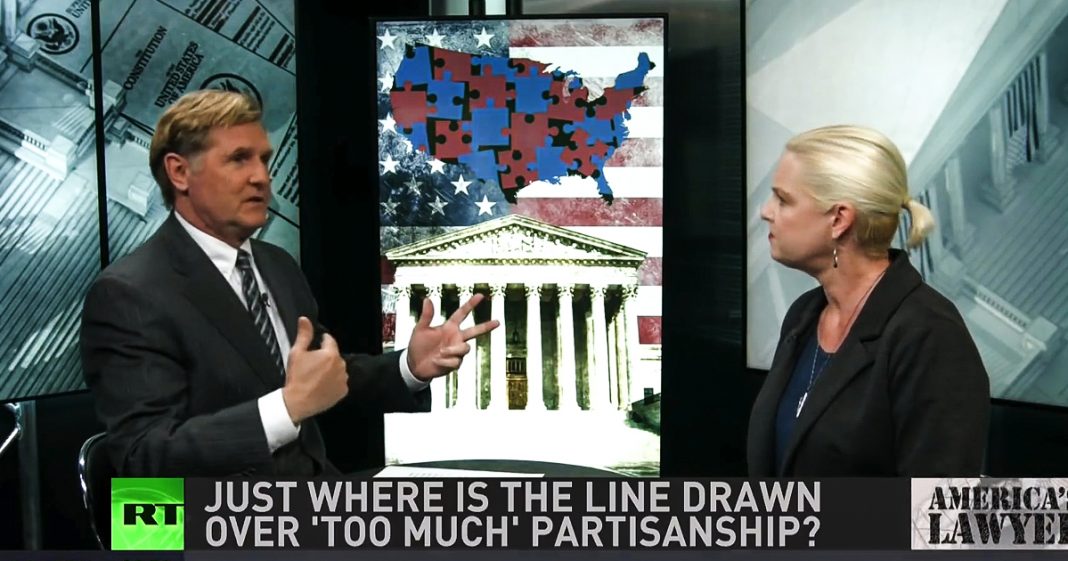 Mike Papantonio:             The US Department of Energy is trying to sell more fossil fuels across the globe and they’ve come up with a jaw dropping idea to get the American public on board. Take it from there. It’s a crazy story.

Farron Cousins:                  You know, it’s, it’s kind of what corporations do. When oh, corporates says let’s rebrand, so they’ve rebranded fossil fuels. They’re no longer, you know, natural gas. It’s freedom gas. That is actually what the Department of Energy referred to it as in a recent press release. They said, it’s this freedom gas and it’s composed of molecules of freedom that we’re going to export all over the world. We’re giving you not energy. We’re giving you freedom. Right from here in the United States, we drilled freedom out of the ground.

Mike Papantonio:             Wait, we fracked freedom out of the ground. We drilled it out, we ruined your drinking water. We ruined your entire ecosystem. Your Aquifer is toxic now, but we have created freedom gas. Who in the world looks at that? It’s like freedom fries. You remember that? Okay. Yeah. The French, God bless their soul. They had enough sense to understand that Iraq was based on a total utter lie that was driven by Dick Cheney and the all the flying monkeys around Dick Cheney.

So the French have enough courage to say, ah, we’re not getting involved in Iraq. So we come up with, well, we’re going to call French fries, freedom fries. Where does this come from? I mean, is there, are people back in a room saying, this is how stupid Americans are? What’s your take on that?

Farron Cousins:                  I, it wouldn’t surprise me and to be honest, if they are saying that they’re, they’re absolutely right. There are too many people in this country. You, you throw that word freedom in front of anything, you know, paint it red, white and blue and suddenly then heck yeah, that’s what we got to do as a country. This is our freedom gas that we’re exporting across the planet as we burn our own country to the ground, trying to frack out as much freedom gas as we possibly can.

Mike Papantonio:             As part of the problem, you know, you came up in a generation behind me but as part of the problem they don’t even teach civics in school anymore. I mean you came out political science major, graduated, you know top, you know number one in your class or something weird like that. You got all of that information. But if you think about it, if you think about it, isn’t it, isn’t it partially due to where we, you can sell freedom gas, you can sell freedom fries because back in high school and in junior high school they don’t teach civics anymore.

They don’t talk about how, how all these parts are connected, how, how, how you’re being hustled by the government. They don’t teach anymore. It’s all need to know, I need to know how to take this test so we’re going to teach you this test. What is your take on that? I mean you’re a lot fresher to that. I mean I was actually taught civics back in school. That’s how old I am.

Farron Cousins:                  Well see, the problem now is not just that they’re not teaching that that is a huge part of it, but also that there is such easy access to bad information nowadays. That didn’t even exist when I was in high school. You know, you go to Youtube, you can find, you know, hundreds of thousands of people on their giving their opinion on politics and maybe half of a half of a half of a percent are qualified to actually talk about it.

The rest of them are know nothings who you know, think they watched an article or excuse me, watched a news segment one time about a topic and they’re out there giving their opinion and people treat that as if it’s real. Or you see on Twitter, somebody in a hundred characters give their opinion and you say, oh, I guess this is correct.

Mike Papantonio:             She’s on TV, she must really know what’s going on. But I think when you drill right down to it, Farron, they don’t teach the Constitution anymore. They don’t teach civics anymore. Kids are coming out of school thinking that it’s okay for Facebook to spy on us. They think that’s okay because they don’t understand the connection. They think it’s okay for Facebook to determine what we can hear and what we can’t hear. They don’t even know what the hell the First Amendment’s about.

Mike Papantonio:             So, I mean, you know, it’s, it’s, it’s complicated. We ought to do a segment just on the failure of the educational system. It’d be interesting. Farron, thanks for joining me. Okay.

Mike Papantonio:             The Supreme Court has ruled that the right to redistrict election maps ultimately remains under the discretion of state lawmakers, that scary. This practice known as gerrymandering, has long come under the fire for its tendency to be heavily partisan influence, often disenfranchising voters in their own district. Legal journalist Mollye Barrows is here to talk about this. We’ve seen it in Florida haven’t we?

Mollye Barrows:                For the same reason that they have consistently. You know, the, the US Supreme Court has yet to find that a redistricted map is “unconstitutional,” based on essentially that they have no clear standard by which to determine if excessive gerrymandering has occurred. So while they recognize gerrymandering has occurred, when it comes to like murder for example, I know this is a strange example, but you know you have your degrees, first degree, second degree, intentional manslaughter. I mean, I think basically what they’re saying is, yeah, we know gerrymandering happened. We’re just not sure we can officially measure how bad it was. And what makes it worse than this?

Mollye Barrows:                Five to four and it was interesting because I read part of the decision, at least one of the justices was saying over and over again, it is with a heavy heart that I descend to this decision because basically I feel like it’s clear that gerrymandering has occurred. So it comes from these two states, North Carolina and Maryland, and they both essentially made the same claims, except they said North Carolina had been redistricted in favor of Republicans and Maryland had been redistricted in favor of Democrats. And so they both were at the lower courts, had ruled in favor of the plaintiffs and it went to the Supreme Court and they said the same thing. Oh boy, sure looks like y’all been gerrymandered but we sure can’t do much about it. So what a shame.

Mike Papantonio:             So the Supreme Court then says, well, we can’t subjectively read politics into it.

Mike Papantonio:             Right. Okay. They’ve got, they’ve got history. They know what the history is. They’ve got the repetitive nature of how odd the gerrymandering is. That’s evidence.

Mike Papantonio:             Certainly, you have plenty circumstantial evidence to decide. The third part of it is that the law makers themselves…

Mike Papantonio:             Will, we can’t get them under control. That’s what’s missed in this you see. In the, in this whole analysis, the Supreme Court goes to this checklist, oh well we can’t prove this. We can’t prove, it’s like, it’s like circumstantial evidence.

Mike Papantonio:             And they ignore the fact the thing they don’t take into consideration is it’s pretty evident than in a Republican state, you’re going to have Republican gerrymandering.

Mollye Barrows:                Well, basically the Supreme Court again punted to the states and they said that the lower courts are going to have to deal with this on a state level. So that does give states, the Democratic Party, some power in for instance, if they want to go into a state like Pennsylvania, which recently had some redistricting, which helped out Democrats. So they can say, hey, even though we’re not going to get any help from the Supreme Court, in fact, Michigan just ruled that a redistricted map there in April was gerrymandered. But it was a federal court that made that decision and because of the Supreme Court’s rule, they had ordered that map to be redrawn and now it doesn’t have to be redrawn. So that happened in Michigan. But at the state level, they can still do more things like set up commissions that help with the process of oversight and they want them to be nonpartisan. And Republicans, as you might imagine, are not really on board with that. So they’re preparing to fight any organized democratic effort on a state level to do that.

Mike Papantonio:             The people who, who do these algorithms will tell you, you know, it’s not just the Democrats have put together a clown like quality candidates. It is that I don’t care if you had the perfect candidate, the gerrymandering map makes it so difficult to, to win and these algorithms work on just being able to go, taking the detailed time and and analyze each gerrymandered kind of area and tell you what’s going to happen in the election.

Mollye Barrows:                Yes, and then what’s interesting about this decision too is they even took some of that math and they went back and said, if you hadn’t done what you had done, then the results would have been x, y and z. Would have been different.

Mollye Barrows:                You wouldn’t have had so many more Republican legislator. You would have had x number of more democratic legislators. So you’re exactly right. Everyone’s perfectly aware of exactly what’s going on.

Mike Papantonio:             Is what I’m trying, I’m trying to tell you, I’m sure that part of the brief, I didn’t read the briefs, I didn’t hear the oral arguments on this, but I’m sure in there they would say they, they could tell the panel judges, we can tell you who’s going to win by algorithms because of the gerrymandering. And what it does is it takes away the interest of the voter to say, you know, I’m going to…

Mollye Barrows:                If, if, if our are representatives are supposed to be elected by the people and represent the people’s voice, they have effectively taken away that voice. 31 states draw their own districting lines, 31. So for the courts to put that back, that’s great. But it’s basically putting the fox back in charge of the henhouse and saying, do better boys.