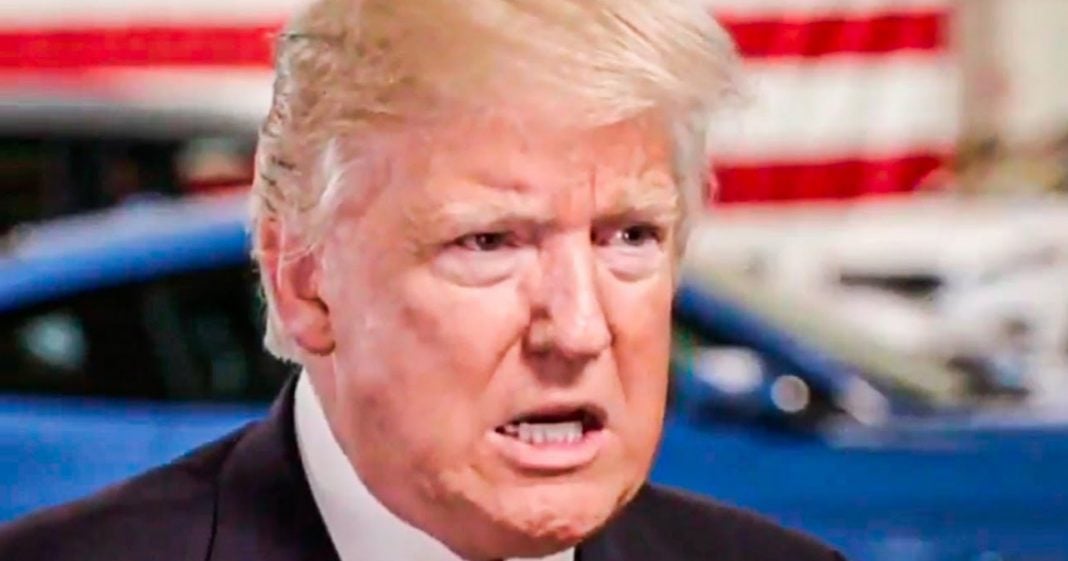 The American Bankers Association is trying to get priority vaccine access for America’s bank tellers and other front-facing customer service banking employees, and they are hoping to get them ahead of the highest-risk groups, too. This move would be an absolute insult to the healthcare workers who have put their own health on the line, as well as a host of other “essential workers” who have had to show up without hazard pay since the pandemic began. Ring of Fire’s Farron Cousins discusses this.

The American bankers association right now is currently lobbying the Trump administration to move bank tellers and other frontline banking employees. Those that actually deal face to face with customers to move them, not just towards the front of the line, with regards to who gets the COVID vaccine. First, they want their employees to be at the front of the line. According to reports the lobbying being done by this bankers association, if successful would put their bankers bank tellers ahead of at risk people over the age of 65 people with severe or underlying medical conditions that make them a higher risk. No, no, no, no, no. You would move behind bankers. If the American banking association is successful with their lobbying efforts. Now here’s the thing. You have other, uh, groups, industry groups representing a group of workers who are lobbying for the same thing. Sure. The teacher’s unions are out there lobbying, Hey, you haven’t given teachers any kind of priority in the vaccine lines.

Like what the hell you’re forcing us to go to work. We’re doing the best we can. We’re already under funded as it is. And now you’re saying we can’t even be put towards the front. That’s nuts. The problem, the teachers association doesn’t have the kind of money that the banker’s association does. The teachers’ unions don’t have the poll that the banking industry does. The banking industry is likely to be successful in this. Maybe not getting to the very front of the line, but I’m willing to bet without a doubt, there’ll be put ahead. Teachers there’ll be put in front of essential workers, hopefully not in front of healthcare workers at the, at the very least let’s, let’s get them inoculated. But think about this, of all the groups of all the people outside of the high risk groups, who do you think should go first?

And I’m sorry, we actually have to have this conversation, but we do. Should it be the bankers? When was the last time you went to a bank? I can tell you with absolute honesty. The last time I went to a bank was more than eight years ago. The last time I physically walked inside of a bank, eight years ago, every job I have currently, all three of them are all direct deposit. Nobody pays me with a paper check. And even if I do like for a birthday, I get a paper check from someone. I screenshot it on my phone and do a mobile deposit. Like I have no reason to physically walk into a bank. Um, I actually took out a, a line of credit, a home equity line of credit to do some home improvements. Um, two years ago all done online. They mailed me paper.

I signed it and I sent it back. I didn’t have to actually even go into a bank for that. The only reason would have to physically walk into a bank and see a teller face to face is because that is what the bank has chosen for their employees. And that’s what it comes down to the choice banks. You chose to have this and how in a lot of places, like a lot of major cities, they already have plexiglass up between the tellers and the people. So you have the protections in place, teachers. On the other hand, the government forced them back. This isn’t a private company company, a private industry that said, okay, we’re just, we’re going to make the decision to go back. No, no, no. They were told you have to go back.

Here’s a face shield, buy your own masks if you want them. And I know that I have many teachers in my family. I have one that lives in my house. I know what it, what it’s like for them. They should be towards the front grocery store workers, those essential workers, they should be ahead of the bankers. I’m sorry. I’m not meaning to insult anyone that might be a bank teller. Trust me. I really am not. But when it comes to who is really essential, we have plenty of other people. We have plenty of other groups, but unfortunately none of them have the money that the banking industry does. So you watch these end of it. There’s going to be a total. It’s going to be total chaos, to be perfectly honest, there will be chaos with this line who goes in front of who there’s going to be arguments. There’s going to be anger. There’s going to be protests. I guarantee it because money talks and those people who are most at risk, they’re not the ones with the money.