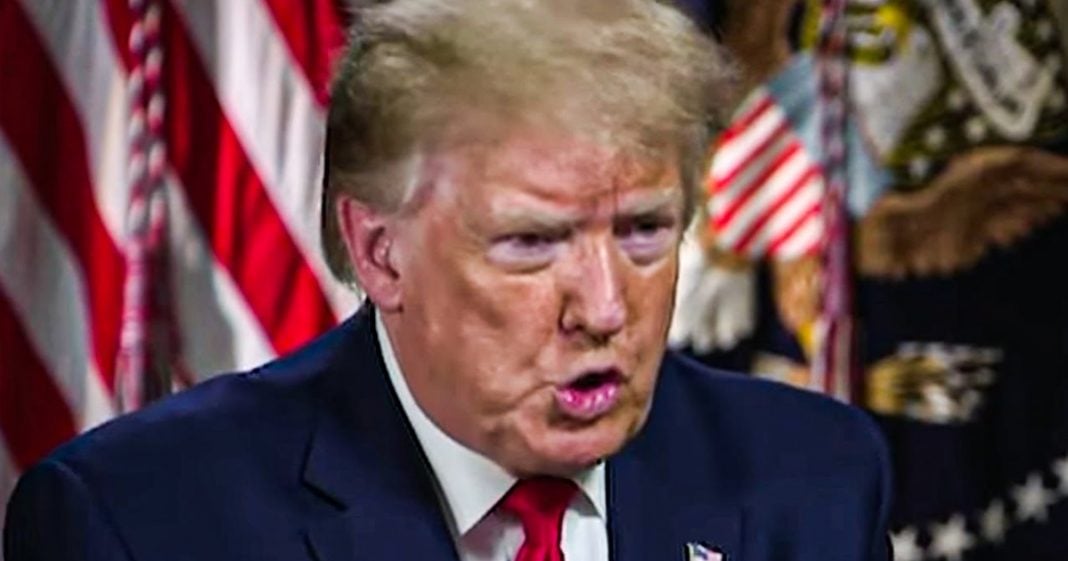 Trump may be telling the public that the election isn’t over, but behind the scenes he knows that he is out of the White House on January 20th. And we know that he knows this because he is having the Mar-a-Lago residence renovated for his permanent living quarters and Melania is supposedly checking out schools for Barron in the area. The President is absolutely grifting his base, and they don’t even care. Ring of Fire’s Farron Cousins discusses this.

If you’re a member of the Republican party. And certainly if you own any, uh, MAGA apparel or memorabilia, then undoubtedly, you believe that Donald Trump is still going to be the president of the United States after January 20th at noon Eastern. If you’re among the rest of the world, you understand that? Yeah, you lost it’s over. And by the way, do you know who’s in that second group as well? Donald Trump himself, you see, according to new reports, what’s happening right now is that down at Mar-a-Lago in South Florida, there’s massive renovations taking place in the residence area of Mar-a-Lago where Donald Trump and Melania and Barron will be living. And they’re under a rush to get these renovations finished within the next month, because that’s where Trump is going to be. Moving. Melania is also reportedly looking at schools for Barron of where Baron will be going In January.

So if you still think Trump is serious about his election challenges or about his nonstop tweets that, Hey, we’re going to win this. The fight has just begun. Uh, you may want to look more at his actions than his words because folks, that is what is happening. According to recent reports out this weekend, Trump is 100% planning on moving to Mar-a-Lago permanently after January 20th, maybe a couple of days before that, because as he has made clear, he is not going to be a Joe Biden’s inauguration. He knows it is over what we are seeing in public. What we are seeing in Twitter, what we are seeing with his rally at a Saturday night in Georgia. It’s an act and it’s not even a very good one. It is a con for the dumbest of the dumb,

Sorry, But sometimes you just got to call it out and hope that it wakes people up. Donald Trump is conning you. And so far since the election, he’s conned you folks out of $200 million. That’s how much money he has raised since the election. Most of it for his election challenges, even though the little caveat fine print and all those fundraiser emails says, at least half of it is going to go to pay off his campaign debts. He’s raising money to pay off his debt so that he doesn’t have to pay them out of pocket. At the same time, he’s swearing to you all. We’re going to fight this and we’re going to win. Meanwhile, he’s saying, Hey, uh, Kay, go ahead and get the Mar-a-Lago resonance ready? I’m coming down there. This is it. This is the move it’s happening. Now, wake up Trump supporters. He is leading you into the abyss and he doesn’t care

To be honest, don’t care if you waste All your money, giving it to this con man. But at some point you have to realize like, what is it going to take? How much further can this con go on? And, and I gotta tell you there’s part of me. There’s part of me that kind of just wants to see how far he can take this. How far are you folks willing to go? How far will you follow him? Is he going to move down to Mar-a-Lago and still be saying, Oh, I still need money. And he’d be like, Oh, well, I’m going to send him a check right now. Really? How much further are you going to follow this guy? Cause as long, long as there is bud one sucker still willing to send a billionaire money. He is going to keep, uh, keep at it. He’ll be down there living a posh lifestyle in Mar-a-Lago waiting for his wife to eventually leave him. We all know that’s coming. We all know that’s coming. Uh, so yeah, and you’ll just be sending him money, whatever Grifters gonna grift. And apparently half of them, America is just cool with being conned all the time.