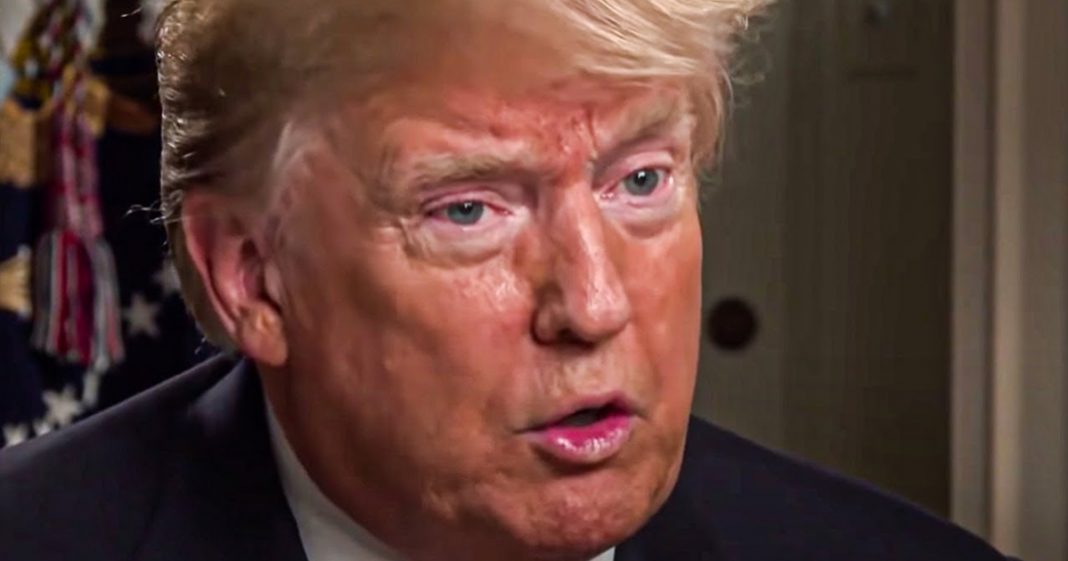 Two groups of historians are preemptively suing the Trump administration to prevent them from destroying presidential records before they leave office. Doing so would be a violation of the Presidential Records Act, but given the fact that we have seen countless violations of this act during the administration, it is certainly possible that they would violate it again by destroying sensitive materials on their way out the door. Ring of Fire’s Farron Cousins explains what’s happening.

Two groups of historians have now filed a preemptive lawsuit. And they have since been joined by several other organizations, watchdog organizations, and historical organizations in order to prevent Donald Trump from, as they say, having a bonfire in the Rose garden of presidential records before he leaves office, here’s their concern. Obviously the presidential records act basically says any and all communications that happen, uh, written down emails, text messages, all of that, that happens within an administration have to be preserved. There have to be copies of it. That is part of the presidential records act. That is a federal law. You have to abide by that. You cannot tear things up. You cannot have them shredded, you cannot burn them. You cannot delete them. Those have to stay. And as we have reported and many others have over the years, Trump has a really, really bad habit of just ignoring that law.

And of course never being punished for it. Uh, Jared Kushner and Ivanka Trump also do as well. Jared Cushner as has been reported has used several personal accounts, email accounts, what’s app accounts to conduct official business. And there is no record of that. Uh, no record of the conversations there’s records that had happened, no records of the conversation. And yes, those conversations do have to be preserved according to the presidential records act. So these historical groups and watchdog organizations are coming together to Sue this administration, to forbid them from destroying any more documents. They have been destroying them all throughout this administration. And sometimes staffers do have to go back and they’ll find papers that Trump has ripped up because apparently according to reports, that’s what he does after he finished his reading. He just tears them up. Um, and staffers have had to go back and individually tape them all back together to preserve them so that they comply with the presidential records act.

I wholeheartedly support these lawsuits, absolutely 100%, but at the same time, we also understand, and I think these groups probably know this too. Even if they’re successful, Trump’s still not going to listen to it. I mean, it’s already a law that he has to follow and he’s choosing to not follow. So I’m not exactly sure, like what they think is going to happen. Like, ah, now there’s a law and a court case that says you have to do it. And he’s just going to say, okay, I’m still not doing it. So what are you going to do? Because that’s the way this man operates. So unfortunately, to just be realistic, there’s going to be plenty of records. They get destroyed forever. The only hope. And this is the, the big hope like with the staffers who were going back and taping things up is that there are enough staffers there who that it’s against the law to do this.

And they have been preserving them and submitting them, you know, to the national archives, as long as that continues to happen. And as long as their staffers who were kind of picking up the pieces behind the scenes, we might, might get a decent amount of records off of this administration. We might get to learn about some of the things they’ve been doing that have been behind closed doors, but we probably need to know about maybe. But I think right now, given what we’ve seen from this administration and their complete inability to follow the law, I think having those staffers go back and be the unsung heroes here, that’s probably the best we can hope for.