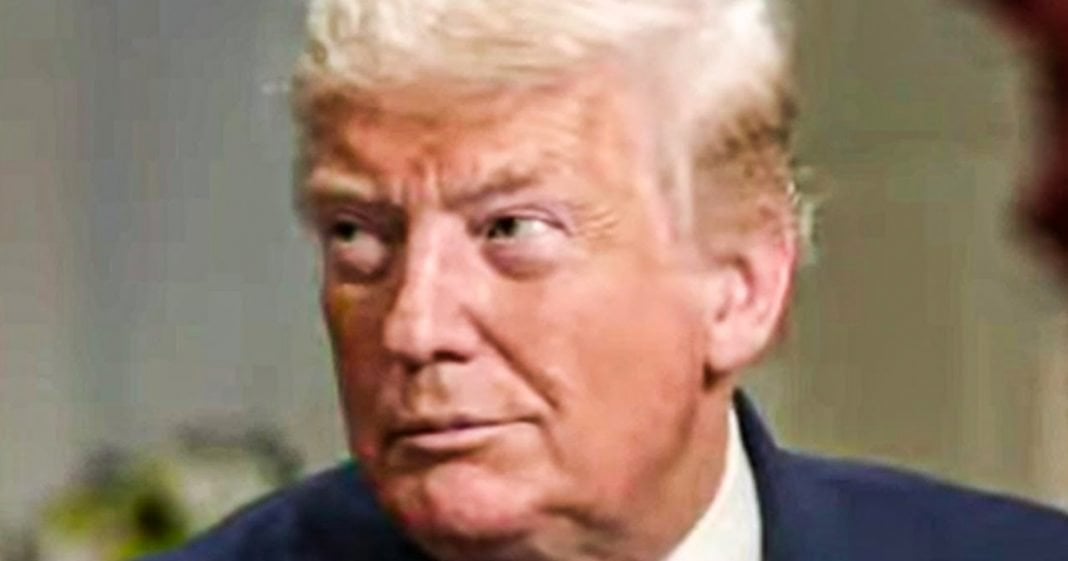 Donald Trump swears that he will not sign next year’s Defense Authorization Act unless it contains a repeal of Section 230 rules for internet providers and web platforms. He believes that this will give him the authority to sue Facebook or Twitter for “censoring” him, but that couldn’t be further from the truth. The President doesn’t understand what Section 230 is, and repealing it would lead to mass censorship as platforms fear for their finances. Ring of Fire’s Farron Cousins explains what would really happen.

So earlier this week, it was revealed that Donald Trump might veto the national defense authorization act for next year. Unless of course, Congress puts in a complete repeal of the section, two 30 protections that social media outlets currently enjoy. See Donald Trump is tired of people being mean to him online and by being mean to him, I mean fact checking him and he wants that to end. And this idiot actually thinks that repealing section two 30 is somehow going to, to make the internet better. It’s going to give us more freedom of speech on social media. Let’s I don’t, I don’t follow that logic, but maybe it’s because I know what section two 30 actually says. And I think people need to be aware that his push to repeal section two 30, which I had previously been a fan of until I actually sat down and started thinking about it.

No repealing section two 30 is going to lead to the most censored version of the internet. You could imagine. So what is section two 30? Right? This was signed into law during bill Clinton’s administration. Uh, the internet was new people didn’t want to restrict the flow of information. And so they said, listen, web hosts, hers, your not publishers. Okay. So if something horrendous ends up on your site, your not liable, cause you’re not the publisher you’re just hosting. Um, so that’s what it is. You know, you’re not the party guests that accidentally kill somebody. You just hosted the party, man. You know, you see a little bit of liability, but okay. I can see why, but, um, Trump thinks getting rid of that is going to make social media outlets less likely to what they’re liable for, what every single person says on their website.

If they can be sued for it, if they can be jailed for it, depending on what it is. Do you think they’re just going to say, all right, y’all have at it. You know, we’re not going to regulate anything anymore because now we’re the ones who get in trouble for it. It takes a special kind of stupid to think that social media companies, aren’t going to go haywire with censorship. If suddenly they’re the ones who have to pay the price for it. The reason that it’s so lackadaisical right now, even though it’s not even that is because they, they have no dog in the fight. They’re not going to get in trouble. But if we repeal section two 30 and they can get in trouble, then good luck because everyone’s going to be shadow banned. Here’s what section two 30 actually says, uh, protection for good Samaritan blocking and screening of offensive material treatment of, or speaker, no provider or user of an interactive computer service shall be treated as the publisher or speaker of any information provided by another information content provider, which is, you know, even though social media didn’t exist at the time, that’s what social media says.

You know, uh, we’re not the publisher or speaker that is by another information content provider, which is the individual user that’s section one. But section two says this civil liability, no provider or user of an interactive computer service shall be held liable on account of any action voluntarily taken in good faith to restrict access to or availability of material that their provider or user considers to be obscene, lewd, lascivious, filthy, excessively violent harassing, or otherwise objectionable whether or not such material is constitutionally protected. So You’re not going to be sued if you restrict that stuff. That’s what Trump thinks he’s going to get away with. Like that’s what he thinks is going to benefit him. Um, But he’s forgetting the first part. And that is your not in trouble at all, for anything that comes up there for anything, anybody posts. If anybody plans a horrific crime on your platform, you don’t have to worry about going to jail. So This would be the end of social media, as we know it, which honestly may not be a bad thing. Right. But censorship is especially on this level. And Trump may think, haha, I got you. Now I can Sue you. Yeah. So can several million people Sue Twitter for allowing your idiotic tweets to live forever? Which one do you think they’re more worried about being sued, for fact checking you or being sued for helping to poison our entire democratic process.