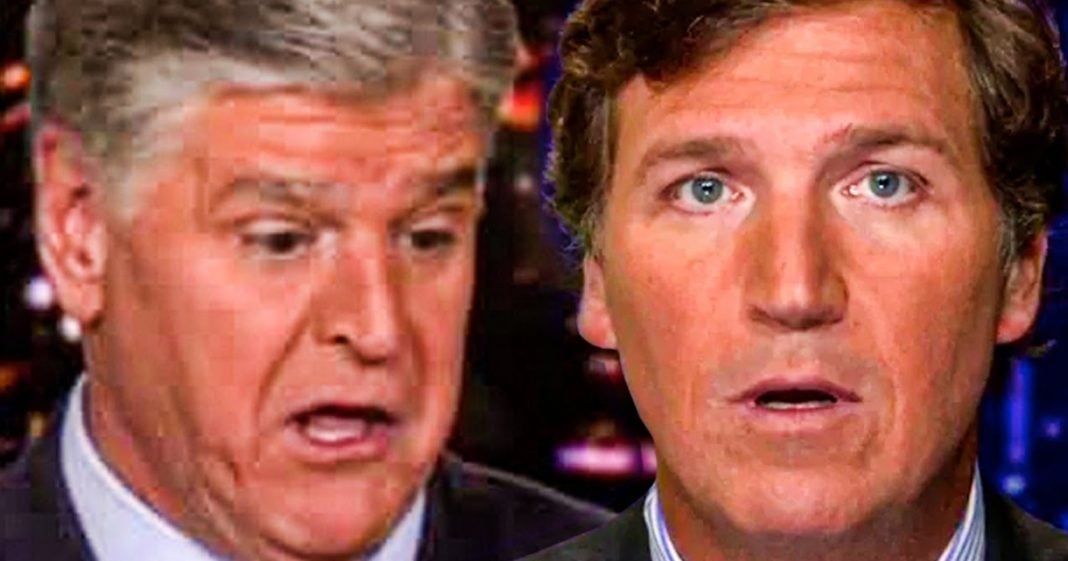 For weeks, Fox News could talk about nothing other than Hunter Biden and his mysterious laptop. They believed a massive scandal was taking place and that the rest of the media ignored it. But then the election happened, and in the weeks after the election, the network spent a combined SIX MINUTES talking about the so-called scandal before dropping it completely. Ring of Fire’s Farron Cousins discusses this.

What the hell has happened to the Hunter Biden story. You remember that? I know it seems like ages ago, right? But let’s not forget. This was just like a couple days over a month ago that the biggest news on the planet was Hunter Biden and Hunter Biden’s laptop and all this potentially illegal activity surrounding the Hunter Biden laptop. And, Oh my God, it’s going to destroy Biden. And Republicans had it in Glenn. Greenwald’s talking about it. No, my God, it was such an uproar. He had to quit the intercept because they said, no, you can’t run it. And then election happened. And then literally nobody talks about Hunter Biden ever again. It’s almost like the whole Story was . Wasn’t it? And that’s not just my opinion. Actually. The kind folks at media night did a little bit of analysis because they’ve been paying attention to how nobody has talked about the Hunter Biden’s story since the election. And it’s not like coverage of it was dying off as we headed into the election.

Oh no, it was ramping up. And then after election day disappeared gone, all of the folks pushing that Hunter Biden story, including Trump himself, like it never existed. Like it was never actually news to begin with. Read this directly from media during the two full weeks leading up to election day between October 19th and October 30th, Tucker Carlson tonight Hannity and the anger Magel ran segments, pushing the Hunter, Joe Biden corruption story in 28 of their 30 shows. Sometimes the trio dedicated multiple segments in one hour to covering the supposed scandal in total, roughly one quarter of Fox news airtime between 8:00 PM and 11:00 PM, 351 minutes was dedicated to this Biden corruption narrative. During those two weeks, 351 minutes in two weeks before the election between three shows on Fox news, they continued, uh, no folks, uh, no host in Fox. Primetime was all in Obeid and corruption. As much as Carlson. He led the pack with an astounding 190 minutes, spin on various aspects of the story followed by Hannity’s 108 minutes and Ingram’s 53 minutes. And since November 3rd, do you know how many minutes combined those three shows have spent on the Hunter Biden story?

Six minutes. Okay. Six minutes, literally hundreds of minutes in the two weeks before the election. Then after November 3rd, six combined minutes, zero of those were Laura Ingram. She has not touched the story one single time since the election, one of those were from Sean Hannity and five of them were from Tucker Carlson. That’s it? That’s what happened. Oh, and by the way, Trump hasn’t tweeted about Hunter Biden or Joe Biden’s corruption once not one single time. As of me sitting here talking Since the election. So I guess the question is all of the folks out there who were pushing the Hunter, Biden’s What happened? Did you reach a resolution to it that you just didn’t bother telling us? You know, I mean, is there, is there anything you want to add to it? Did, did Tucker Carlson ever get his hands on is missing Tucker Carlson documents? You know, we never, we never got the resolution to that folks. You can’t leave these, these threads just hanging out there. We want closure. We want to know what happened with the story. So please tell us, Glenn Greenwald, come on, dude, you left your job at the intercept over this story. And where is it? Where’s the story?

The story’s the same, The place where all the voter fraud is folks in the land of make-believe where nothing really matters. And people just make stuff up because it suits their political agenda. Listen, I have repeatedly said, by the way, then I am all for a Hunter Biden investigation. There is no place for corruption in the government. There is no place for corruption in the families of people running the government. I’m sorry, but we have to have strict standards for these people. And if there is believed to be corruption, investigate it. I don’t care. I don’t care if you’re investigating Democrats or Republicans. If you think there’s corruption, investigate it more power to you. But this thing was looked at and that’s the thing. Most people don’t quite understand. Republicans had pushed this Republicans investigated it. The DOJ looked into it and they already didn’t find anything. So anyone who Was pushing this story, even after all of that Since, and then stopped after the election, they were 100% pushing a story. They knew You wasn’t accurate.