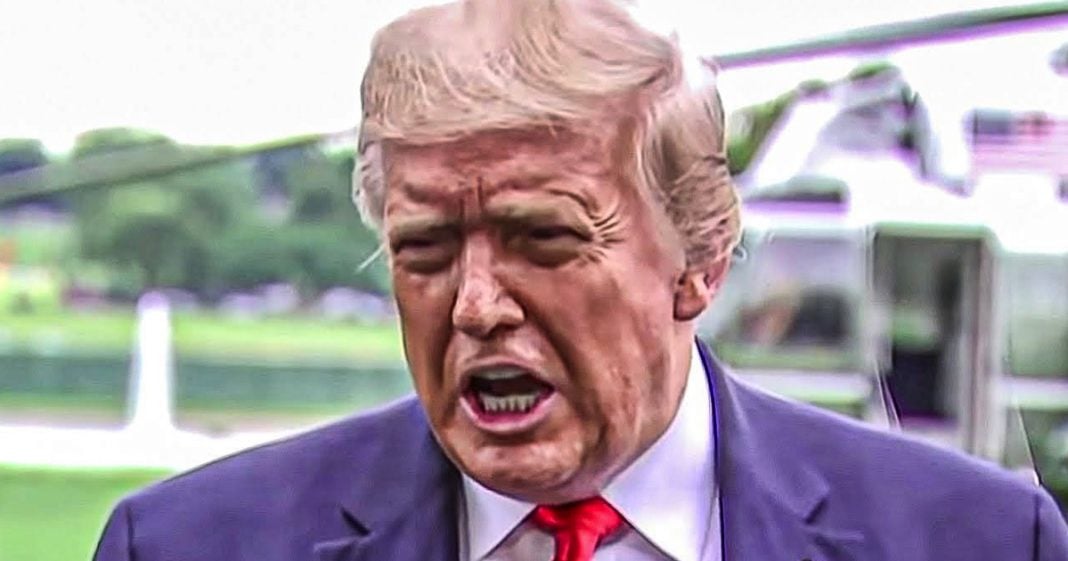 The Trump administration has put the President’s border wall project on steroids right now as they try to complete as much of it as possible before Joe Biden gets sworn in as the next President. Workers are using dynamite to cut through the land and construct the fence, but given the shoddy construction work that we’ve seen so far, these rushed sections are likely to come tumbling down just as quickly as they go up. Ring of Fire’s Farron Cousins discusses this.

With Donald Trump set to leave office regardless of what he tweets out or what he says during ridiculous Fox news interviews, the dude’s leaving office on January 20th. So a lot of people have been wondering what’s going to happen to the border wall. He gone most of the money he needed for it, and, you know, took it from other projects. The Democrats in the house, uh, approved some of the money that he had asked for. So what’s going to happen to this massive project for which contracts have already been awarded well, according to a report by the New York times recently, the Trump administration isn’t taking any chances and they are forcing the workers down there along our Southern border to move at a breakneck speed in order to get as much of the wall finished before Joe Biden gets sworn in and says, Hey, knock off the malarkey with the border wall.

And unfortunately what’s happening is complete and utter destruction of the environment down there. Uh, they’re working in several canyons along our Southern border, uh, horrid terrain to really build any kind of project in. So they’re having to use dynamite and they’re going in air and they’re just blasting away. These are wildlife, uh, channels, archeological sites, historical sites, religious sites, and they’re just blowing them to hell also that they can create a nice, smooth, flat, smooth work way to start putting Donald Trump’s border wall up a border wall. That’s just going to be taken right down, but they’re doing it cause they don’t care doing it because the only thing that matters to them is the money they’re getting paid to do it. And if Joe Biden comes along and cancels the project, sure, they’re going to be entitled to a little bit of the money.

They were promised with their contracts, but they’re not going to get all of it. So if they do more work, now they’ll get paid for more. Trump wants as much of the wall up as possible. He wants them to go faster. They all win. It’s just literally everybody else that loses here from what we have seen so far, the parts of the border wall that have already been built. They’re having a very serious problem with the road rusting. I literally pieces of wall. They’re only a few months old are literally falling down because they were built. So shoddily. So cheaply. So horribly. Now this, this new section is being built on even worse terrain, even faster. So what’s going to happen with that. You know, what’s going to happen with these contractors after they take the money and run, there needs to be investigations into this.

You know, if these groups try to build a crappy screw over the government and then leave, they need to be sued. The federal. Government’s actually pretty good at that. There’s one of the things they do. Well, you know, you screw them. They’re going to get their money back. Nobody’s going to go to jail as they should, but they’ll get their money back. The bottom line is that this border wall never should have happened in the first place. Billions, upon billions of dollars spent on something that one has already proven. It’s not going to work. Two is proven it can’t stand. And three solves a problem that doesn’t even actually exist except in the minds of paranoid and Zena phobic Republicans. That’s where the real problem is. Unfortunately, we’re having to spend billions of dollars thanks to their own delusions.