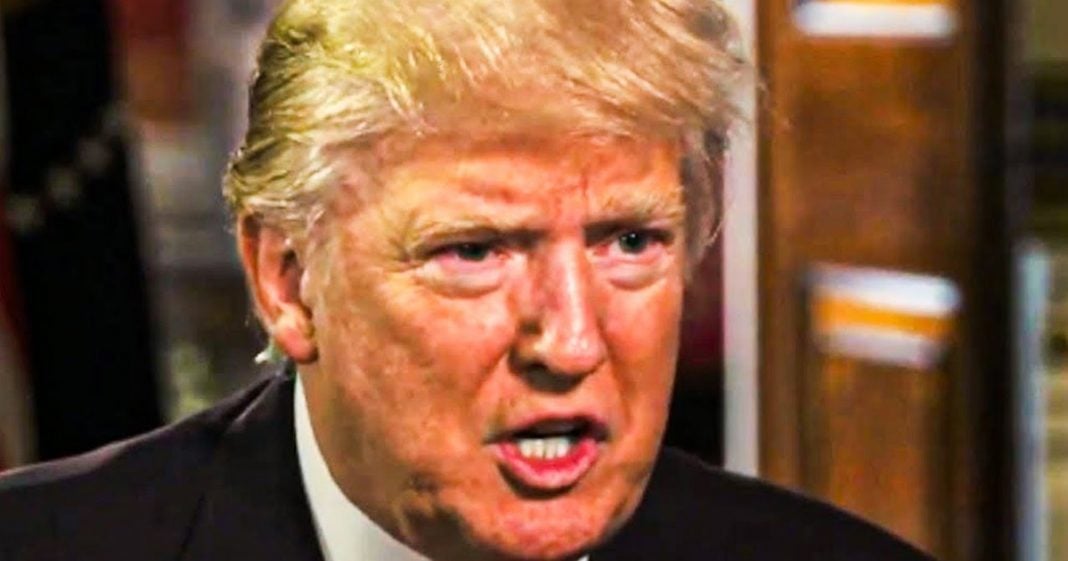 According to a report from Politico, the Trump administration has been nearly silent about how and when states are going to be able to start delivering vaccines to their residents. Trump keeps bragging about “Operation Warp Speed,” but when it comes to the details of how it’ll actually work, his administration has no plan at all. Ring of Fire’s Farron Cousins explains what this will mean for delivery of the vaccines when they become available.

According to a report from Politico this week, in spite of the president, constantly saying that operation warp speed has been a huge success. In fact, he earlier this week called it a miracle in spite of Trump’s claims that all of this has happening in that, Oh, we’ve got these vaccines on their way. And it’s because of me, I’m so great. It turns out that there’s actually no plan in place on how to distribute the vaccines when they’re actually available. So to put it another way, his plan and that he’s had throughout the entire pandemic. Yeah. We’re going to stick with that. And that is to have absolutely no plan at all. The Politico report States that there has been very little communication between the Trump administration and States across the country on how, and when they’re going to be able to deliver this vaccine and who is going to get it first, obviously States are not going to get enough vaccines to, you know, inoculate the entire inoculate, the entire population.

So they’re going to have to be choosy. Fowchee had said, Oh, a week or so ago that first in December, the first round is going to go to those most vulnerable while the report says it may not go to the most vulnerable, the most at risk in may go instead to the frontline workers, you know, the, the healthcare workers so that they can continue treating people and not worry about getting sick themselves. That’s also smart. Then the report says, but some people are saying, maybe it’s going to go to the elderly first. Maybe it’ll go to the high risk groups. There’s no plan because they haven’t been told what or how they should do it. So what we’re going to end up with is chaos much like the initial, not initial, but the ongoing response to the pandemic. We’re going to be dealt a patchwork of 50 different States doing 50 different things.

Nobody on the same page, certainly some States are going to screw what up and things are not going to get better in the manner that they should. Here’s the thing too, when you consider who’s most at risk, according to the CDC zone guidelines, take, for example, somebody who has asthma, they’re at an increased risk, but they are not at the highest risk now who is in the high risk category. Well, smokers are in there. So if a state says, we’re giving to the group designated as most at risk, not increased, but most at risk than a lifetime smoker is going to get that vaccine. I mean over say a child with asthma. Does that make sense? And I’m not trying to rag on smokers. Trust me been there, but that’s why we need better guidelines. You can’t have these individuals at the state level making these kinds of decisions.

You need a medical group, a medical body, or at least a with medical, uh, input, making these decisions. Do you give it to the 85 year old citizen? Or do you give it to the ten-year-old, which would be a smarter choice, which one’s most at risk? Is it somebody in a nursing home we’ve lost a hundred thousand of them or is it a child who has to go to school every day and be around a thousand other people? It’s difficult to say we need national guidelines. We need a leader to emerge, but that is one thing we have repeatedly seen from this administration. There are no leaders, there’s nobody willing to make these decisions and it’s going to be pure. And total chaos, this vaccine delivery, the vaccine rollout was supposed to be good news. It was supposed to be something hopeful, but instead based on this administration being unable to do anything, it’s just going to be total anarchy, like everything else they’ve tried to do.