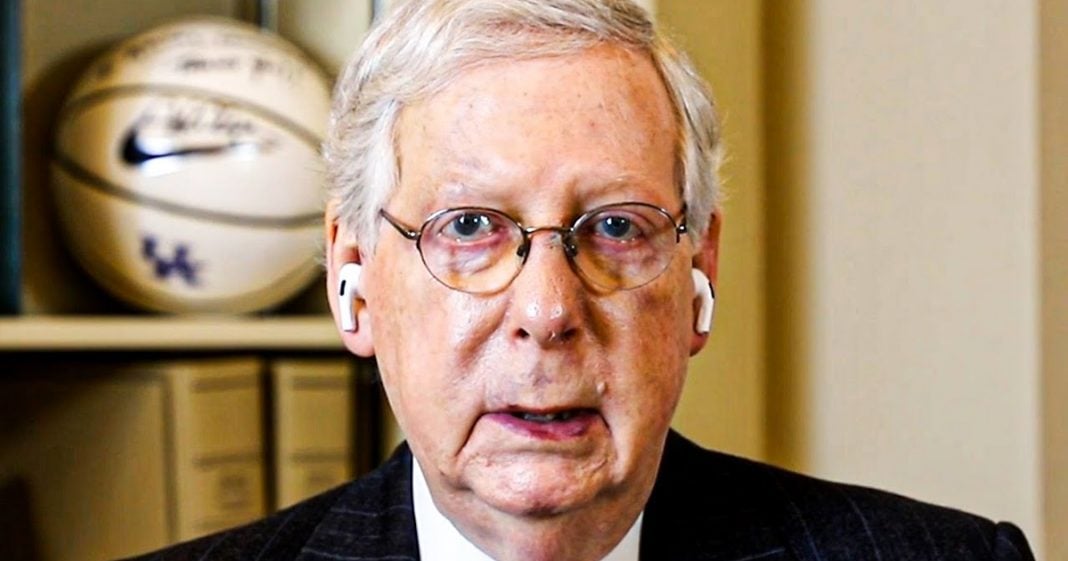 Republicans in the Senate have rejected Donald Trump’s request for a paltry 1% pay raise for federal workers and have proposed a plan that would result in a ZERO PERCENT increase in pay for federal workers. There was plenty of money to go around when corporations wanted a bailout or when we wanted to buy more planes and bombs, but when it comes to helping workers during a recession and a pandemic, the GOP suddenly feels the need to tighten the purse strings. Ring of Fire’s Farron Cousins discusses this.

Now, I know a lot of people have obviously been hyper-focused on Donald Trump’s election challenges, this soft coup attempt he’s launching. And of course the Biden transition and all of that. But earlier this month, Republicans on the Senate appropriations committee put forth a proposal that would actually freeze the pay of federal workers for the entire year 2021. This is obviously during the double whammy of a pandemic and a recession and Senate Republicans say these people, these federal workers, you don’t deserve an extra dime in pay. Why? Wow. They haven’t really been able to give her a reason. Of course, obviously, if there’s enough money to hand out billions and billions of dollars to multi-billion dollar corporations and 740 billion a year to fund the endless war machine that we have, then certainly, certainly there is enough money available to give these people a raise hell, even Trump and his proposal said, give them a 1% raise and Republicans, his own party came back and said, eh, I know you say one.

What if we did none? Uh huh. What about that? Like, are you kidding me in a recession folks? Here’s the thing. Every year, the cost of things goes up. That’s called inflation. That’s what happens. Prices rise over time. Now in order for the American workforce to actually stay competitive, you have to be able to still afford those things. If you do not get a raise, your dollar buys less each year. So these federal workers would find out in 2021 because their pay would be the same as it was in 2020. But the prices of other goods would increase. Even if it’s ever so slightly, their dollar would buy less, which means they would have to buy less. And what happens folks, when the middle class starts buying less, the economy contracts, it shrinks because they can’t keep pace with inflation. It happens every single time.

And if these federal workers aren’t able to buy as much, then the places they buy things from, they’re not going to bring in as much money. So they’re going to shrink it and everything shrinks along with it. That’s the real trickle down that happens. But these Republicans who had no problem given the green light to $740 billion for the military in one year had no problem handing out billions of dollars to corporate, uh, corporations who mishandled their own money. And didn’t have enough to last two months during a pandemic, there’s raise money for them. There’s always money for the war machine. There’s always money for corporations. There’s always money for subsidies, always money for tax cuts. But when you get to the working class, Oh man, sorry, you guys, we already gave all the money away to people who didn’t friggin need it. And the economy reacts accordingly. Republicans suck at the economy. They suck at it. They tank it every single time. Did you know, did you know we have not had a Republican president since 1970 that didn’t have a recession during their administration, not one 50 years, 50 years. And every single time we get a Republican president, we get a recession. If that isn’t enough to wake you up, then I honestly don’t think anything at this point will.