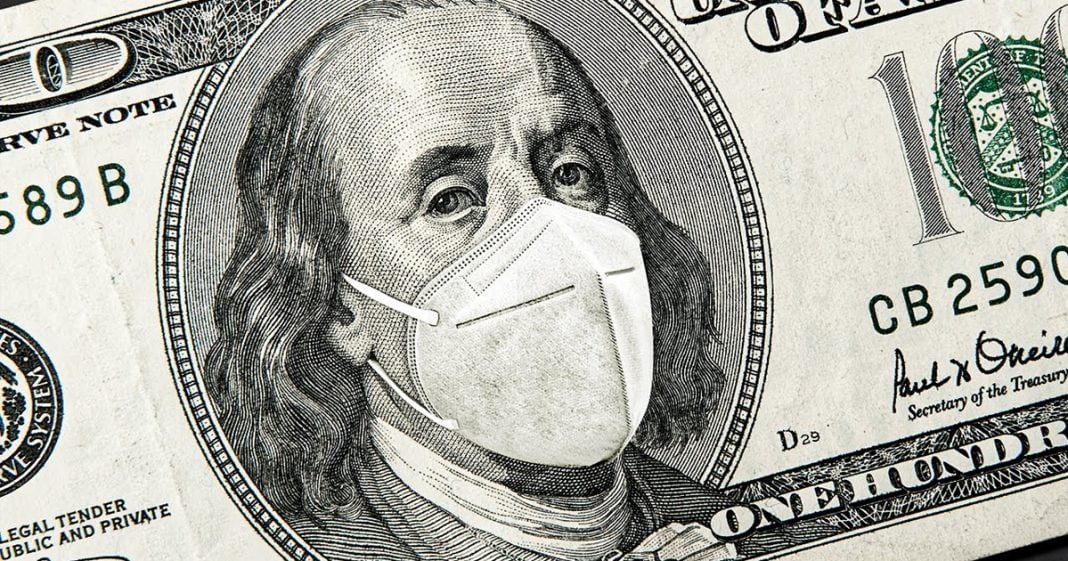 According to a shocking new report from the United Nations, the pandemic has disrupted the entire global economy, and it is likely going to send 1 billion people into extreme poverty by the year 2030. When you stop to actually think about the workers who were most affected by the pandemic, you begin to realize that non-white collar workers across the globe have not only been the backbone of this global economy, but they have been grossly mistreated and underpaid for decades. Ring of Fire’s Farron Cousins explains how this happened.

According to a new study released this week by the United nations, the global pandemic could send as many as 1 billion people into extreme poverty by the year 2030, that is one bill yen. Roughly one seventh of the population of the planet could hit extreme poverty within the next 10 years because of what has happened during the pandemic. Now here’s the thing. This is not inevitable. And I think that’s the big take away from this. This is not something that is definitely going to happen. Uh, this is something that the report States, if we invest in these sustainable developmental goals that they lay out in the report, we can avoid this problem. That’s going to take investment, right? You’re going to have to have countries the U S included did, uh, paying for these kinds of things, you know, to better the lives of the less fortunate around the globe.

And then that is going to be the hardest part. Cause the plane, the ideas, the things that they’re able to come up with that say, Hey, if we just do this, this won’t happen. The horrible, bad thing we’re saying could happen. Won’t happen. We just need to do this, but in order to do this, you gotta pay for it. And that’s when the governments of the world say, it will hold up. Now nobody’s said anything about us having to pay for it. I don’t know. Those people may just be stuck in extreme poverty. We’ve got the money. It’s just, we were saving up for some really cool tanks jets, man. You know, I can’t hang. You have anything to spare need stuff that goes, boom, not stuff that makes an economy go. Boom, boom. Here’s the thing. Think about, about the industry’s most effected, not just here in the United States, but all of the world from the pandemic, excuse me.

What has it been? Are we seeing like collared workers? You know, bankers, lawyers, doctors, they are, they just losing their jobs left and right. No, we’re not seeing professionals lose their jobs. We have seen construction projects put on hold. We have seen the service industry, absolutely crippled the travel industry, crippled, you know, basically all of hospitality industry crippled restaurant on industry, which is also part of HASA hospitality. But you really outside of it that, I mean, of course we have the small businesses, right? You know, the local boutiques, local businesses, they’re not doing well because they can’t have as many people coming in and out. So they are suffering. Retail’s taken a hit gyms, have taken a hit, but a lot of these jobs are worker jobs.

What I say, these are jobs that the average person has. And those are the people who are suffering the most, the working class here in the United States, Europe, Asia, everywhere. It’s the working class. People who are suffering. So think about what this new report means. The working class around the globe was on such thin ice as it is that this pandemic destroyed. It sent them hurdling towards extreme poverty. They had nothing, nothing in savings because they didn’t have savings. They didn’t make enough to put anything in savings. Yo, here in the United States, we’re not giving them stimulus. You know, you got a lot of European countries who are, and they’re not doing as bad as we are, are the countries. Didn’t do it. They’re going down as well.