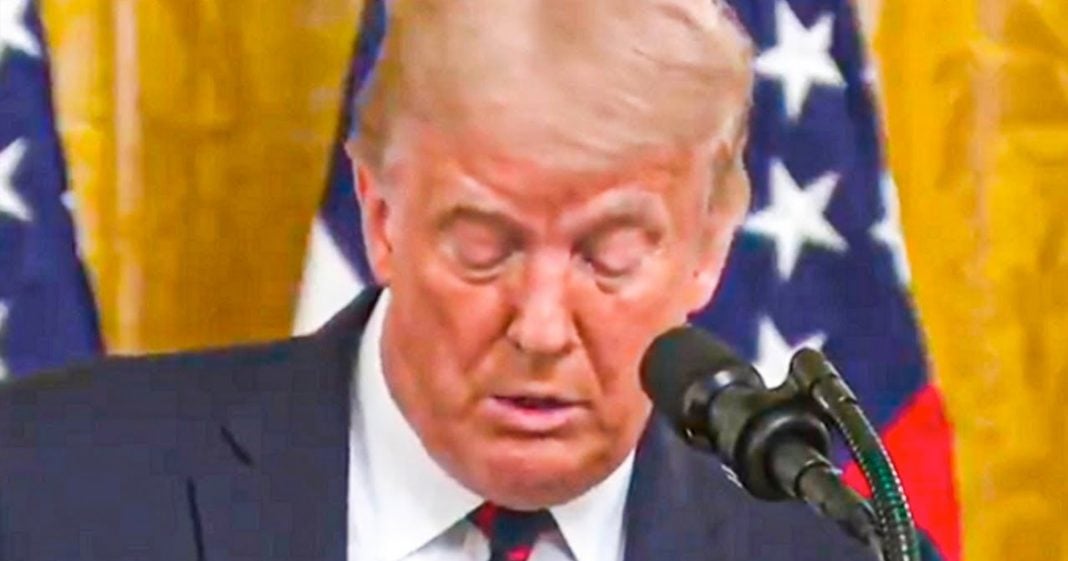 A top aide to Stephen Miller, and by extension, Donald Trump, named Heidi Stirrup has been banned from entering the Department of Justice offices after it was revealed that she was trying to get staffers to divulge sensitive information. The information she was seeking was related to voter fraud investigations that could bolster Trump’s claims, but instead she’s now forbidden from entering the premises. Ring of Fire’s Farron Cousins explains what’s happening.

According to reports earlier this week after, uh, William Barr, attorney general of the United States had told the associated press that there wasn’t any voter fraud on that same day. In fact, shortly thereafter, Donald Trump had a meeting at which William Barr was in attendance. And those in attendance said that Donald Trump proceeded to choose to bar out, yelling, screaming, wondering how in God’s name, such a loyal servant to the president could suddenly turn against him by saying, there’s no voter fraud. This thing you’ve been saying exists for a month now doesn’t exist. Why would you do it William Barr? And so that, that’s how William Barr’s week has gone in to be honest folks. Um, he deserves it. Not saying that he shouldn’t have come out against drop. I’m just saying that he’s been such a horrible human being for pretty much his entire life. That I have no sympathy for the guy.

Like I have absolutely no sympathy. If he gets chewed out, I have no sympathy. If he gets fired, he absolutely deserves whatever it is that is coming to him. And what’s funny. And we’ve actually seen this a lot during the Trump administration is that he did the right thing one time. And now everybody hates. Everybody hates him because he did the right thing. Just like Jeff sessions before him, Jeff sessions did one good thing while he was attorney general. And that was saying, I’m too close to it. So I’m going to recuse myself from the Russia investigation and that ended up costing him his job. So you do one good thing. You stand up one time to Donald Trump and you’re done. That’s it? That is all you get. You’ve used your one freebie. So here’s the thing. Donald Trump obviously still thinks that the entire federal government works for him for his own purposes.

The more this man stays out there having these public temper tantrums, the private temper tantrums, uh, the less likely it is that he would even be able to be successful. If he runs again in 2024, he is shooting himself in the foot right now on a daily basis. And going after all of these people like William Barr who has been loyal to him, a guy like William Barr, who metaphorically speaking, knows where the bodies are buried. Yeah. That’s probably not a smart move. Considering the fact that bar much like yourself is about to become a private citizen again. And we all know what people do when they leave this administration. Right. They write, tell all books. So yeah, maybe don’t these people off in the last month and a half because come January 21st, they don’t owe you a thing anymore.