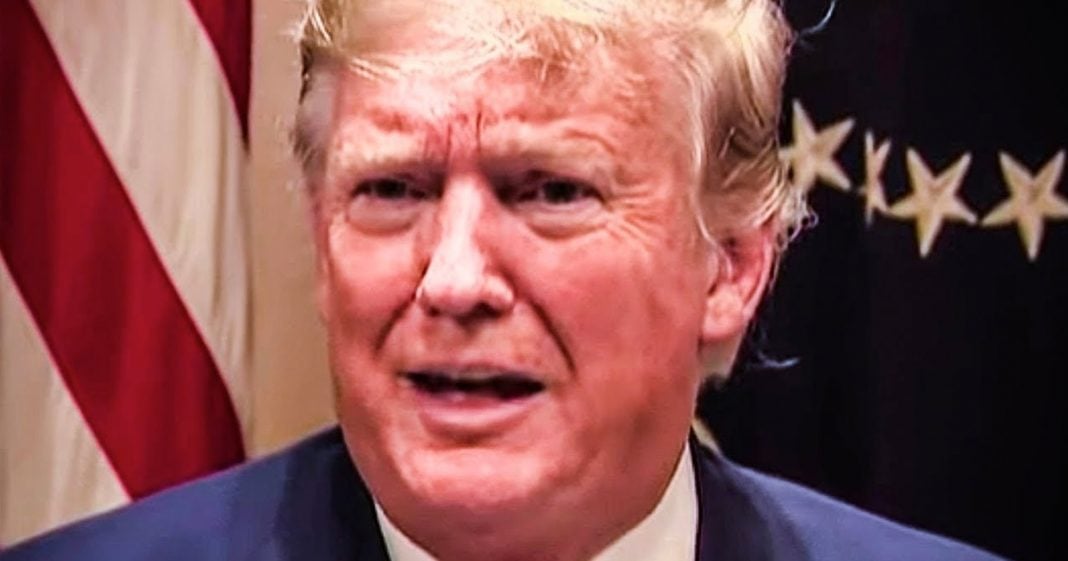 The Trump administration, via the DOJ, has filed a discrimination lawsuit against Facebook alleging that the company is discriminating against American citizens with their job postings. The lawsuit claims that Facebook had created a separate “portal” for temporary workers to use, and it ended up giving them preferential treatment for jobs that paid, according to the suit, an average of $156,000 per year. Facebook has been popped in the past for their algorithms favoring certain demographics, and this could easily be another example of that, as Ring of Fire’s Farron Cousins explains.

Well, it finally happened. It absolutely finally happened. The Trump administration is suing Facebook for discrimination, except it’s not the kind of discrimination that you would think. No, this is not a lawsuit from Donald Trump’s suing Facebook for a shadow, banning him, or fact checking his posts. This is actually a lawsuit ballpark brought by Donald Trump’s department of justice. On behalf of the Trump administration, alleging that Facebook has been engaging in discriminatory job postings, favoring, temper Barry workers here on temporary visas, over American workers. Uh, they allegedly carried out an investigation that went for 18 months from the beginning of 2018, till about September of 2019. Um, and they found that Facebook actually has a separate process that temporary working visa holders use to search for jobs on their website. And they end up according to the investigation results, getting preferential treatment over American workers. Of course.

So DOJ sues. It says you cannot do this all hiring practices here in the United States have to be even have to be on the same level playing field. And to be honest, I think this is a good lawsuit kind of. And I say kind of, because Facebook has been sued many times in recent years for allegedly tinkering with the, or not even necessarily them tinkering with it, but allowing employers to tinker with their algorithms and determine who gets sent their job postings. Uh, they have age discrimination, they have location discrimination. Uh, they have all kinds of discrimination that has been, uh, charges that have been leveled at Facebook because of how they allow their job postings to be done. And you can’t do that. That is discrimination in practice. You have to make your job posting available to every single person you can not say, okay, I only want to hire somebody under the age of 30.

Well, that may be what you want to do, but you can’t only show that job posting to people under 30, that is illegal in the United States. You have to show it to everybody now who you hire from there, that’s up to you. But that is what we’re seeing with this, uh, temporary worker status here. Now, the DOJ does go on to say that the average pay for these jobs that they’re suing over $156,000 a year. Um, now I don’t know. I don’t know that doesn’t quite sound right. Right. But, uh, who knows either way Facebook for once in a story of both Facebook and Donald Trump, Facebook is the villain and the Trump administration is actually doing the right thing. Obviously they’re not going to be the ones in power to see this lawsuit, uh, all the way through its end. So hopefully the Biden administration continues this. Hopefully they do not, you know, putting into it or settle it. Facebook’s, uh, job posting is an absolute, can’t even say it without, uh, saying something I’m not supposed to say, but it’s, it’s a crapshoot. What does he call it? That it’s absolutely dysfunctional. It’s absolutely discriminatory. And it needs to end. And until it does keep suing them, take their money away because that is apparently the only thing that they understand.