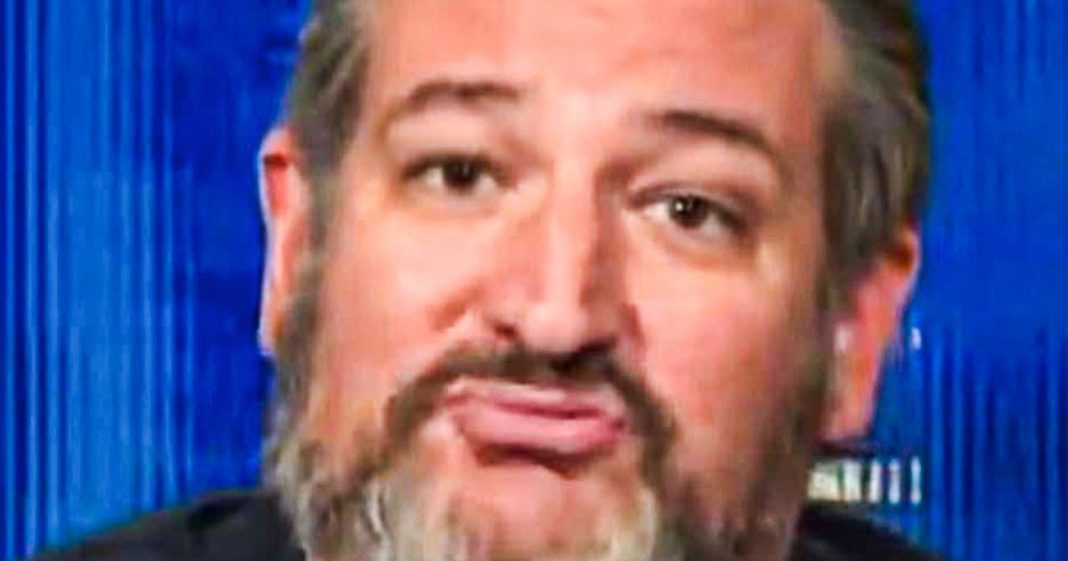 Trump attorney Lin Wood has drawn the ire of conservatives this week after he made outlandish and reprehensible comments about the what Trump should do to remain in power, and about how to take down the GOP. Ted Cruz was one of many Republicans who lashed out at Wood, calling him a clown and then pondering whether or not Wood was actually a Democrat who is apparently hellbent on destroying the Republican Party. Ring of Fire’s Farron Cousins discusses this.

Some of the attorneys working on behalf of Donald Trump with his election election challenges, uh, not necessarily working for him, but certainly on his behalf are starting to draw the ire of Republicans from all over the country. Uh, one of the attorneys Lynn wood this week, not only suggested that Donald Trump should declare martial law and then just have the military conduct a new election. Uh, he also believes that Republic should sit out the Georgia Senate runoff because of how, how bad the Republicans that run the state of Georgia have been to Donald Trump. Uh, and Trump, by the way, is headed to Georgia tomorrow for another super spreader of an I’m sorry, a rally is the official term. It’s going to be a super spreader event. And, uh, as reports have shown, uh, support for Trump actually decreased in areas where he held rallies in the final month of the election.

So smart move dude. Anyway, Republicans are . Republicans are getting angry about this as lawyers going out there, uh, both Linwood and Sidney Powell saying do not vote in the Georgia Senate runoff. So yesterday Ted Cruz, Ted Cruz says, I’m going to take out Linwood. Trust me, here it is. He says on Twitter, I don’t know who this clown is, but anyone saying that America would be better off with Chuck Schumer as majority leader producing huge tax increases, the green new deal, massive amnesty, and a packed Supreme court destroying the bill of rights is trying to mislead the people of Georgia. Now, I had seen this tweet when it happened and then I clicked on it and I saw the followup tweet. And so I tried to find articles about this tweet, um, cause I always like to have an article, uh, you know, as, as a link to my videos and not just as a tweet. So I could only find it in conservative outlets because they’re talking about, you know, this rift in the conservative party, half a Republican party happening right now and see that’s where they end with the Ted Cruz tweet. They don’t go into the second. I can tweet the second part of it, the two of two. And here’s what CRA, uh, Ted Cruz said after that, that you won’t find on most of these conservative sites. He says, it’s almost as if he’s a Democrat.

Are you, are you Ted Cruz? Are you really trying to pin Linwood on the Democrats? Like, are you trying to say that this nut job, the same nut job who represented Kyle written house, by the way you think he is a Democrat, you think that’s what you’re dealing with here. You think that you can just take the crazy from your party and say, Nope, these are Democrats, sorry. That’s yours. Wow. You got some nuts there. And sadly Ted Cruz, wasn’t the only one Dan Crenshaw came out yesterday and tweeted a Linwood is a Democrat who wants Republicans? Self-destruct is there something wrong with the water? Or maybe even the air in the state of Texas to have too high profile politicians from your state be so blatantly ignorant or is it that that’s just the Republican talking point that was circulated and you idiots are not good enough to make it your own. When you go out there and try to say it how’s that what’s happening. You’re all just working off the same playbook. You does not even bother and make it seem like you’re not like you’re not getting emailed all these talking points from your party to try to distance yourself from the crazy Linwood belongs to you. Lynn wood belongs to your party, Ted and Dan, he’s your fault. Trump is your fault.

And as I always have to say, when I talk about Dan Crenshaw, this guy shouldn’t even be serving in government. His district is literally shaped like this. It snakes all the way around getting all the little red parts and it leaves the big blue thing in the middle. He’s in such a gerrymander disgusting district that Dan Crenshaw shouldn’t be taken seriously by anyone. He is a hack. He is a fraud and he doesn’t belong in government, Ted Cruz. On the other hand, Ted Cruz concerns me. He is slick. He absolutely has higher aspirations and he is going to be running for president in 2024. And he knows how to speak. He knows how to do the old Republican speak, you know, not the Trump hugely abrasive. Dan Crenshaw, Matt Gates type of speaking. Ted Cruz is good at what he does. Everybody hates him, but he’s good at it. And that’s why he concerns me. But on this particular instance, trying to pin Linwood on the Democrats, no, I’m sorry, guys. That is a level of crazy. That is unique to the Republican party.