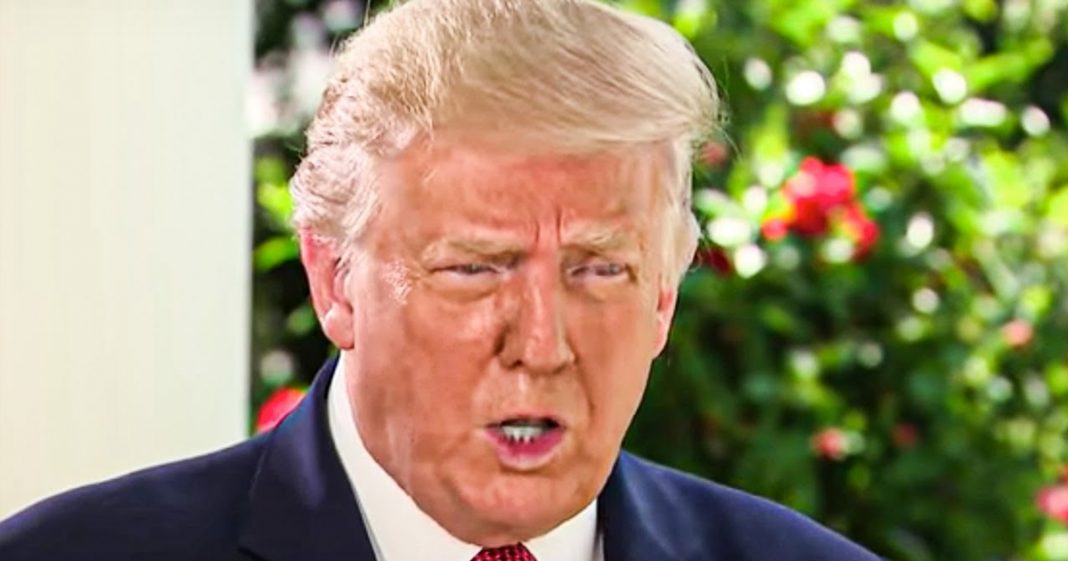 Donald Trump believes that his own Department of Justice is pushing fake news with the recently-revealed “pardon for money” investigation. The investigation was revealed through unsealed court documents, which means there is nothing fake about it, but that didn’t stop the president from tweeting out that the whole story was “fake news.” This might make him closer to the investigation than previously thought, as Ring of Fire’s Farron Cousins explains.

So earlier this week, it was reported that the U S department of justice, since at least August, possibly even before that is investigating some kind of pardon for cache scheme that they believe has taken place between individuals, lawyers, possibly outside organizations and members of Trump’s white house. We learned this through unsealed court documents, which means this thing has gone from just being an investigation to having actual documents filed in court. Like the legal process is going the way it should be to move towards prosecution. And after all of this was brought to light, Donald Trump tweeted out, pardon investigation is fake News.

The DOJ has confirmed it by the way. And as recently as just last week, as I reported yesterday, last week, they were asking the court, please keep this info in the court, do not unseal it because right now nobody’s been charged yet. And so that’s obviously why we do not have the names of any individuals. We do not have the law firms, uh, that are involved that were also rated more than 50 electronic devices confiscated and gone through. Uh, we don’t know who in the white house is doing it. We don’t know what outside organizations, we have no names of anyone or anything related to any of this. And then Donald Trump goes right out there and implicates himself in it. That’s what this tweet is. Folks. I hope everybody understands that Trump Tweeting out pardon investigation is fake news. What other things did he tweet that about? Uh, let’s see. The Ukraine thing that led to his impeachment, uh, the Mueller investigation, any poll that he doesn’t like any news that he doesn’t like at all, Anytime he says something’s fake news, it’s literally been the opposite.

And if he wasn’t involved in this pardon for money scheme, he would have tweeted out like, Oh my God, you know, why am I just now hearing about this through, they will pay for this. We’ll get them no crooks. And my administration all weed him out. He, he would have said something like that. He could have said something like that, But He didn’t. He’s like, Nope, this isn’t happening. It’s not true. Nope, Nope, Nope. It is true. There’s evidence. There’s documents, documents have been filed with the courts. Those are there. You can’t deny their existence. And apparently this scandal was so real that even your lapdog controlled department of justice said, you know what? I think we’re going to have to investigate this. Now. This is the kind of thing that could absolutely take Donald Trump down and prevent him from running again in 2024.

Because If he does, and that’s a big F If he does not issue these blanket pardons for himself or for his children, then this scandal absolutely could take them down once he leaves office and then can no longer pardon them. Cause if the DOJ is conducting the investigation, it’s not very likely that Biden’s gonna come along and tell them to just stop. Now, if they hadn’t started it yet, Biden would likely say, let’s move forward. Let’s not do this. He’s made it clear. He wants to do that. But if it’s an ongoing investigation, he’s less likely to put the brakes on it. And again, This would be a federal crime. It would be prosecutable. And it would absolutely prevent this man from ever serving in capacity where he’s in charge of anyone ever again. So let’s hope that the investigation goes slow. Let’s hope that Trump doesn’t issue himself or his kids, those blanket pardons that might get them off the hook for this, because this is the kind of thing the public needs to know about. And maybe, maybe it’s time we curtail the pardon, power of the president a little bit, depending on the results of this investigation.